As the 2022 5STAR Grand Prix marches on into its fourth week of matches, STARDOM’s “regular season” returns for a night of monumental action. On August 21st, the top Joshi company in the world is set to host STARDOM X STARDOM 2022 ~ Nagoya MidSummer Encounter at the Aichi Dolphins Arena. With a name that calls back to some of the early days of STARDOM’s history, it is fitting that the top two matches of the show feature historic matchups for both the Wonder of Stardom and World of Stardom Championship titles. Beyond the double main event, the card features other title matches, all of which could put the reigning champions in jeopardy as the summer continues to heat up. 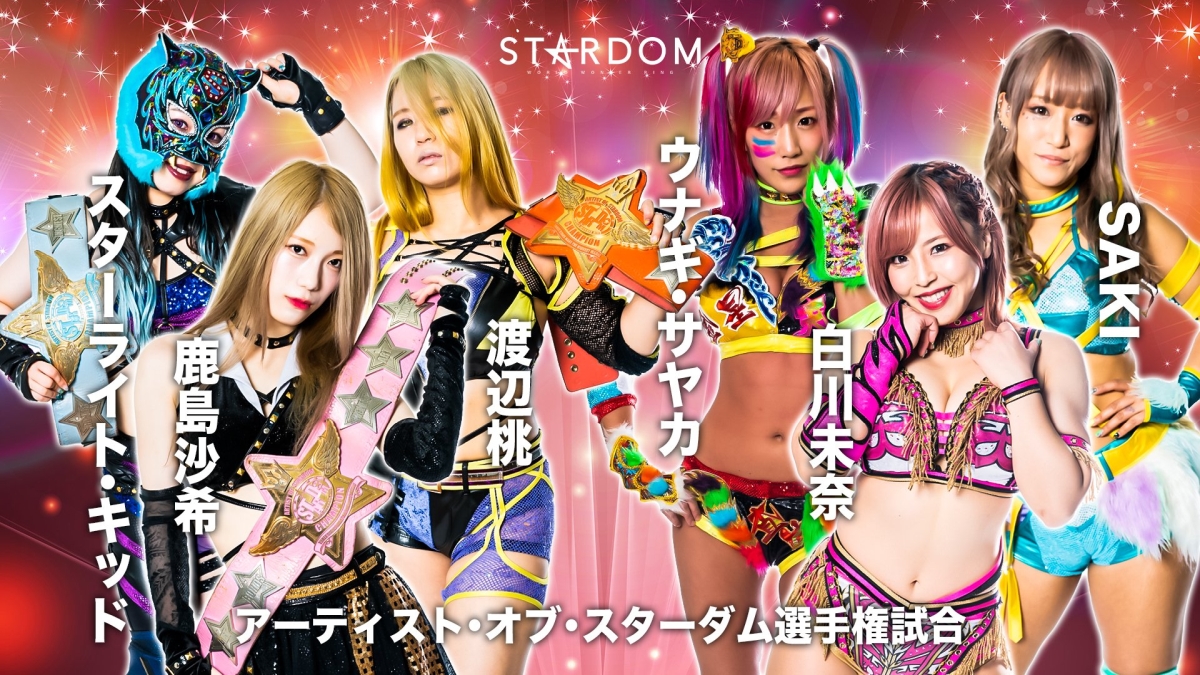 Following an upset victory over Momo Watanabe on Day 2 of the 5STAR Grand Prix, Mina Shirakawa bravely challenged Oedo Tai for the Artists of Stardom Championship at STARDOM X STARDOM 2022. Considering the Cosmic Angels have become synonymous with the Artists of Stardom Championship belts since their formation in late 2020, Shirakawa’s setting up a title match against Oedo Tai felt like deja vu. However, by replacing the pre-occupied Tam Nakano with COLORS leader SAKI, the Angels are presenting a brand new challenge for Oedo Tai, who are still merely two successful defenses into their title reign. Can Oedo Tai use Saki Kashima’s Revival to retain the titles, or will Shirakawa, Unagi Sayaka, and SAKI prove, once and for all, that the Cosmic Angels rule the Trios Division? 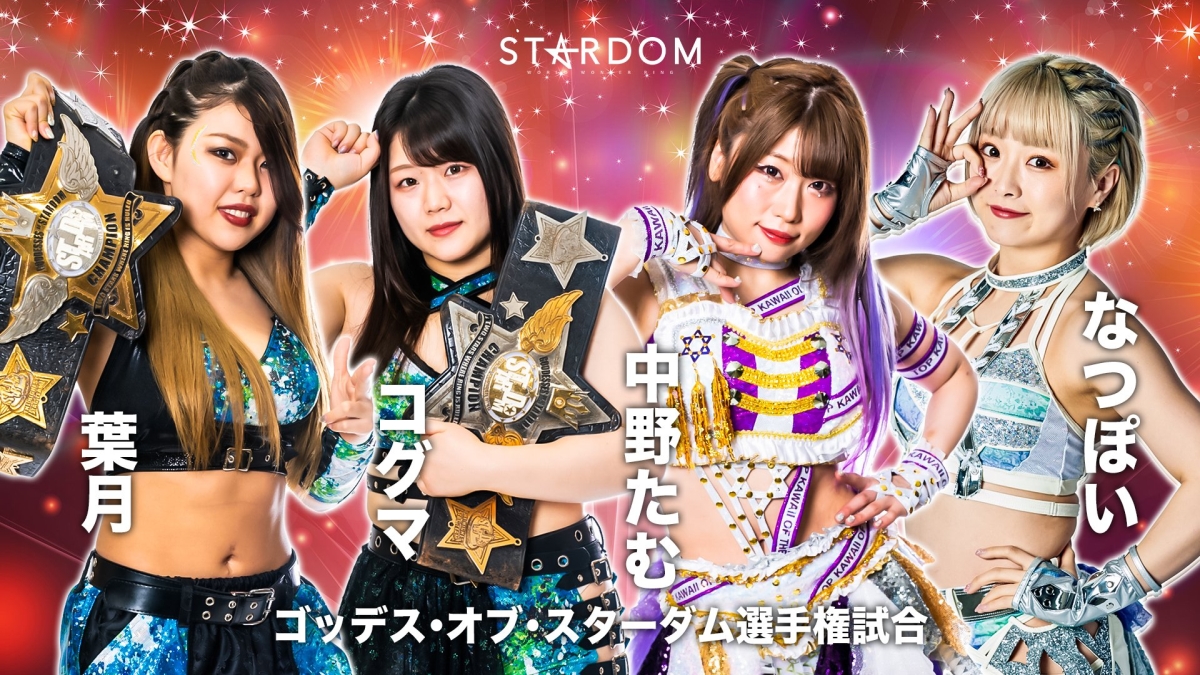 Carrying on into the second Cosmic Angels challenge at STARDOM X STARDOM 2022, Tam Nakano & Natsupoi will face FWC for the Goddess of Stardom Championship in what could be FWC’s hardest matchup to date. Though Hazuki has been on an incredible run in the 5STAR, being atop the Blue Stars Block with 10 points at the time of this writing, the recently united Natsupoi and Tam Nakano may have stronger momentum as a duo at the moment. With talks of a Cosmic Revolution coming to STARDOM, FWC could get caught up in the crosshairs and get their titles ripped away from them once again. If Koguma and Hazuki do overcome TamPoi in this match, it would officially make them the third winningest Goddess of Stardom Champions in company history with seven successful defenses across two reigns. 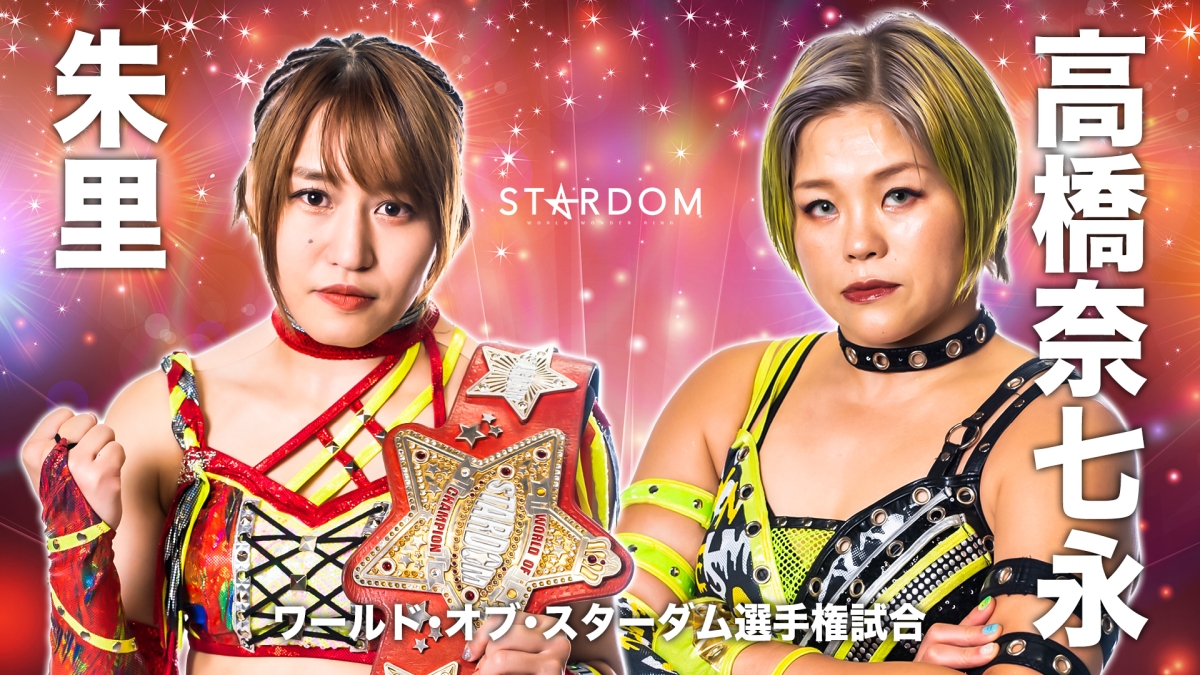 Can Syuri Conquer the Past Once and For All?

In the second of two main events for STARDOM X STARDOM 2022, Syuri will take on an old acquaintance of hers, the legendary Nanae Takahashi. Takahashi is the only wrestler to hold both the WWWA World Singles Championship and the World of Stardom Championship, which is unofficially seen as the former’s chronological successor in the Joshi world. Her link to the Red Belt is unlike any other, and following her return to the Stardom ring at the end of 2022, the question of whether or not that connection would be realized once again remained in the back of many people’s minds.

Syuri is no stranger to Nanae Takahashi, as the two have both teamed and battled against one another in the past. Most recently, Syuri’s honorary membership to the MAX VOLTAGE faction in SEAdLINNNG led to them teaming up occasionally in late 2019. Though the two have never had a singles match, that familiarity could prove to be a difference-maker for Syuri as she uses her 14 years of experience to defeat one of the greatest Red Belt Champions in history.