Tournament of Survival 7 weekend concludes this Sunday with GCW C.O.S. – Cage of Survival. As its name suggests, the event will be headlined by a Cage of Survival Match, where two bitter rivals will square off in a steel cage with championship gold on the line. This is far from the event of the action, however, as such names as Masha Slamovich, Second Gear Crew, LuFisto, and Matt Cardona will also be involved. C.O.S. airs live from The Showboat in Atlantic City, New Jersey, though viewers unable to attend live will be able to catch all the action on FITE. Here’s what to expect. 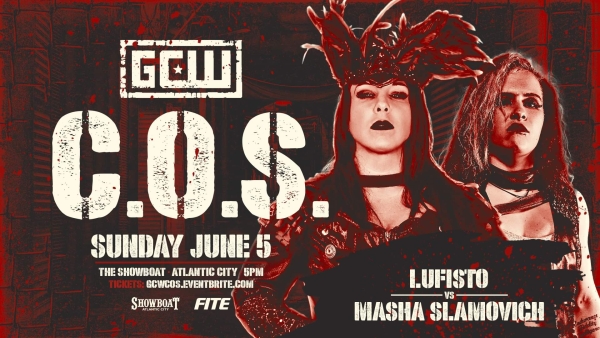 A Beyond Wrestling Rematch

In one of the featured matches of GCW C.O.S., indie wrestling favorite Masha Slamovich will square off with a veteran of the scene in LuFisto. It’s important to note that this isn’t the first time they’ve squared off, though. Back in February, the two competed in a singles match for Beyond Wrestling; at Beyond Day 91, in the second-to-final match of the evening, it was Slamovich that emerged victorious over LuFisto. Now, months later, these two have the opportunity to tear down the house once again. Furthermore, while this may be a platform for Slamovich to show why she’s one of the rising wrestlers on the scene, it will be a platform for redemption for LuFisto.

Throughout 2022, Slamovich has been active on not just the indie scene but IMPACT Wrestling, the latter being where she picked up sizable victories over Sandra Moone, Kaci Lennox, Havok, and others. In fact, many avid IMPACT viewers believe her to be a future Knockouts Champion. Meanwhile, the Quebec-born LuFisto has been using her newfound momentum to further build upon her legacy, which has already been nothing short of impressive. In addition to being Combat Zone Wrestling’s first female Iron Man Champion, she’s held gold in organizations including International Wrestling Cartel and SHINE Wrestling. Who will emerge victorious in this Beyond rematch? 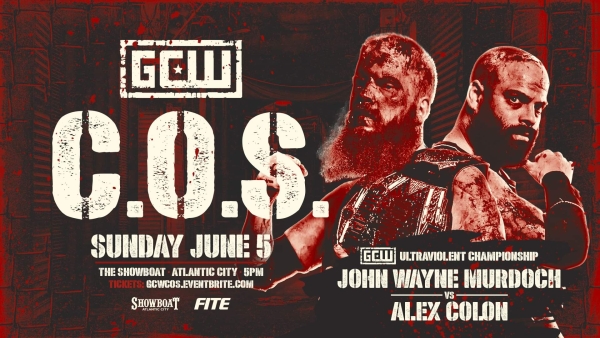 The Cage of Survival

Headlining GCW C.O.S. will be a GCW Ultraviolent Championship contest between titleholder John Wayne Murdoch and challenger Alex Colon. However, this will be no mere rematch, as they are set to square off in the Cage of Survival. While specific details regarding this match type are uncertain, viewers should expect nothing less than carnage of the highest degree. This should be a given considering the participants involved, too. Since this past November, when Murdoch attacked Colon following the latter’s Nick Gage Invitational 6 victory, the animosity has only ramped up. In the months that followed, they became physically involved with each other, leading to chaotic results from one venue to the next.

However, it was this past March, at Joey Janela’s Spring Break 6 Part 1, when matters became particularly volatile. It was here where Murdoch unseated Colon for the GCW Ultraviolent Championship, resulting in a heated reaction from the live crowd in Dallas, Texas. At GCW C.O.S., Murdoch makes his fourth Ultraviolent title defense and the stakes couldn’t be higher. He is set to take on his fiercest rival and within the confines of the Cage of Survival no less. Murdoch shouldn’t underestimate his competition, however; Colon is not only a 2x GCW Ultraviolent Champion but the NGI6 winner, not to mention a multi-time Tournament of Survival victor.

This Sunday, The Showboat will become witness to what may be one of the biggest grudge fights in GCW history. Whether this particular grudge concludes on Sunday remains to be seen, especially given the animosity shared between the men involved. One matter is for certain: neither man will leave the Cage of Survival the same way they stepped in. However, if it means leaving with the GCW Ultraviolent Championship and delivering unspeakable punishment on their opponent, any and all risks will be taken. See how the Cage of Survival Match unfolds at GCW C.O.S.

Stay tuned to the Last Word on Pro Wrestling for more on this and other stories from around the world of wrestling, as they develop. You can always count on LWOPW to be on top of the major news in the wrestling world, as well as to provide you with analysis, previews, videos, interviews, and editorials on the wrestling world. GCW C.O.S. is set to air Sunday at 5 PM EDT on FITE. Tickets are also available via Eventbrite.