NXT 2.0 is prepped for its first major show since NXT Stand & Deliver over WrestleMania weekend as this time around will be NXT In Your House, continuing what has become an annual tradition over the last two years. The event will see every NXT championship on the line with plenty of opportunities for a new champion to be crowned. Here’s a look at the NXT In Your House card, featuring the main event that will see Bron Breakker defend the NXT Championship against Joe Gacy. 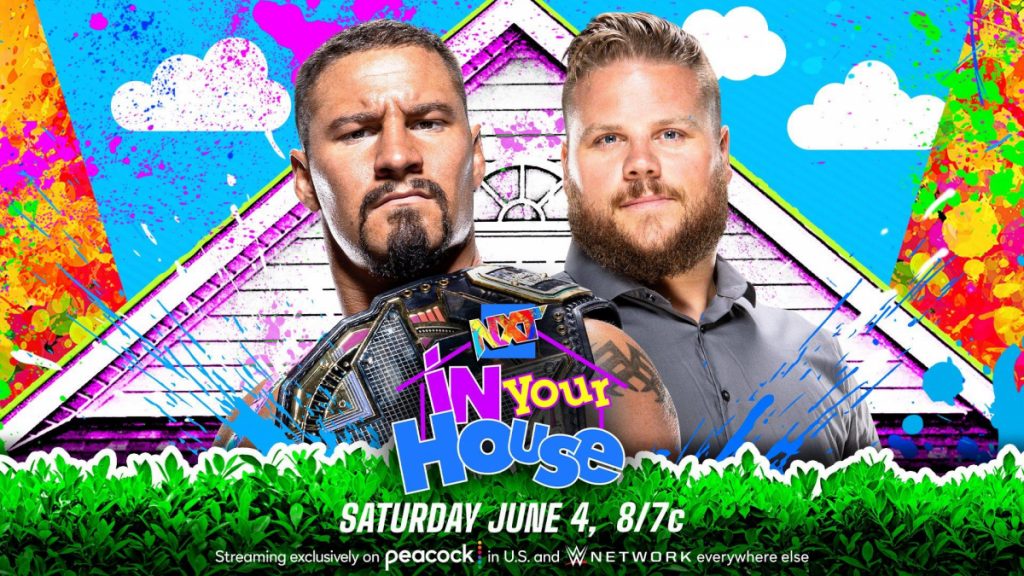 Bron Breakker has snapped on multiple occasions meaning the Joe Gacy mind games are working. At Spring Breakin’, Gacy came up sort in his first title challenge against Breakker despite using Breakker’s father to try and get in his head. Since then, Gacy has gone into the book of Bray Wyatt, becoming more violent and devious in his threats to weaken Breakker in every way possible. There’s no denying that the oddball of NXT 2.0 has done all he can to try and get the fearless NXT Champion off his usual path of dominance but when it comes to their rematch Saturday night, it’s difficult to think Gacy has done enough to completely shake up Breakker to the point of him losing the title.

The NXT Champion has already seen the title slip out of his hands before. Breakker isn’t going to let that happen again, no matter the games that are being played against him.

Preview: GCW Tournament of Survival 7 (6/4/22)
The Fiery MJF Promo Set to Become a Once in a Generation Moment