The National Wrestling Alliance returns to FITE, once more, with NWA Powerrr. In what promises to be a competitive encounter, Darius Lockhart will face Rhett Titus in singles action. Additionally, in his quest for championship gold, Cyon tackles a slam challenge issued by current NWA World Television Champion Tyrus. Finally, this week’s edition of NWA Powerrr is headlined by Tim Storm taking on NWA Worlds Heavyweight Champion Matt Cardona in nontitle action. Take a deeper dive into the action to expect. 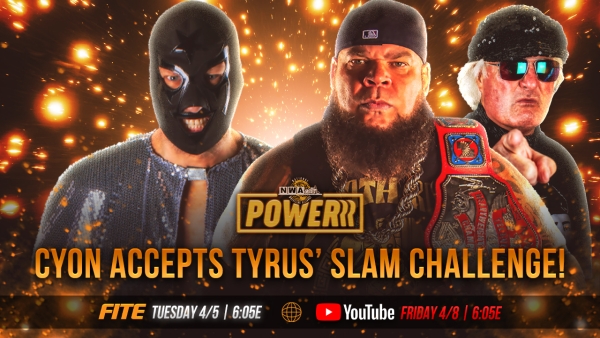 To say that Cyon has been laser-focused on championship gold would be an understatement. For proof of this, look no further than his grudge with NWA World Television Champion Tyrus and Idolmania Sports Management. Late last year, at NWA Hard Times 2, Cyon failed to unseat Tyrus for the title. Nonetheless, the masked man’s efforts were nothing short of valiant. Recently, a challenge was issued to Cyon: slam Tyrus for another opportunity at the NWA TV title. On last week’s edition of Powerrr, Cyon accepted. Cyon believed that defeat in wrestling only left a wrestler with two options: accept it and move on, or use it as motivation to learn and grow; needless to say, he’s chosen the latter. Heading into this slam challenge, Cyon’s goal to seize champion status is within reach. 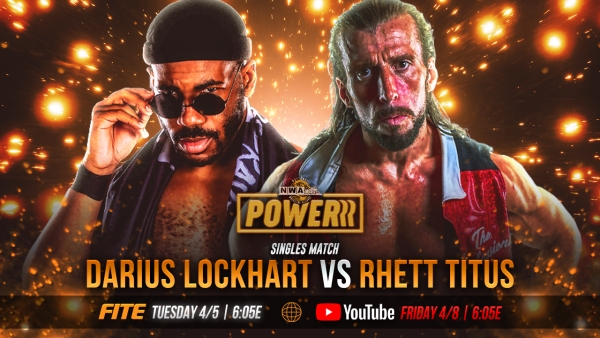 In what may be the match of the night, Darius Lockhart takes on Rhett Titus. Lockhart was recently in contention for the revived NWA Junior Heavyweight Championship during Night 2 of the Crockett Cup 2022 event. Despite coming up short in the final fatal-four way match, “The Revolutionary” put forth a strong showing. Meanwhile, Titus was involved in Ring of Honor’s recent Supercard of Honor XV. It was here where he defended the ROH World Television Championship against Minoru Suzuki. Though he put forth his best effort, Titus lost the match, as well as his gold, to “The King” himself. On this week’s NWA Powerrr, Lockhart and Titus look to gain momentum after suffering recent shortcomings in the NWA and elsewhere. 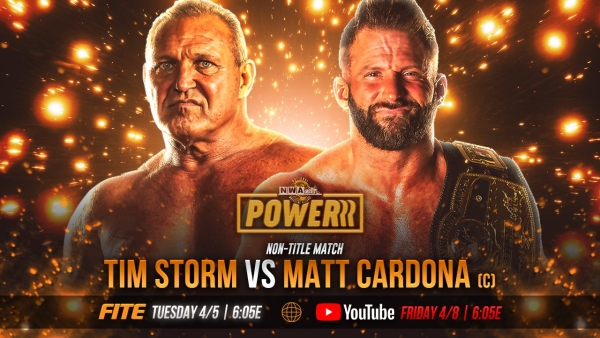 In the main event of Night 2 of the Crockett Cup 2022 event, Matt Cardona successfully defended the NWA Worlds Heavyweight Championship against Nick Aldis, albeit under dubious circumstances. However, what Cardona took umbrage with last week, in a backstage interview, on Powerrr was the involvement of color commentator Tim Storm. Cardona was outraged by Storm, who rolled the self-proclaimed “Deathmatch King” back into the ring to continue the match. Tonight, the two square off in non-title competition, as Storm is contractually unable to compete for the NWA world title. However, in an interesting move, Cardona claimed that if Storm defeated him, the champion would see to it that the clause be waived. A victory here for the veteran of over two and a half decades may put him in title contention once again. See Tim Storm face Matt Cardona on NWA Powerrr.