The Intergender Bonanza does so well at keeping up stories between shows and creating matches that just make sense, telling their own stories rather than just being thrown together for the sake of being intergender. As this is their eleventh show, it also very much feels like it could be their best one yet with the level of talent involved. There are many matches here that could main event as well, giving this overall card a big fight feel! Let’s take a look at Stan Stylez Intergender Bonanza 11. 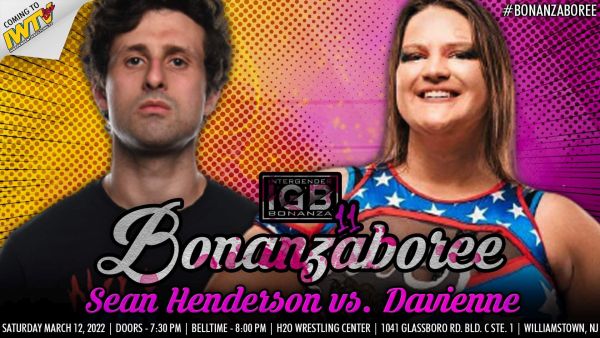 Sean Henderson returns from injury to face a wrestler who can be seen wearing the t-shirt of in some promo photos on match graphics. This will certainly be an interesting match, not just because Davienne has been thought of as a gatekeeper but also because Henderson is returning from injury. Perhaps that first match back shouldn’t have been against someone such as Davienne, who will not go lightly and  even perhaps try to exploit said injury. When all is said and done, Davienne could come out victorious here with Sean Henderson possibly wishing he came back against anyone else. 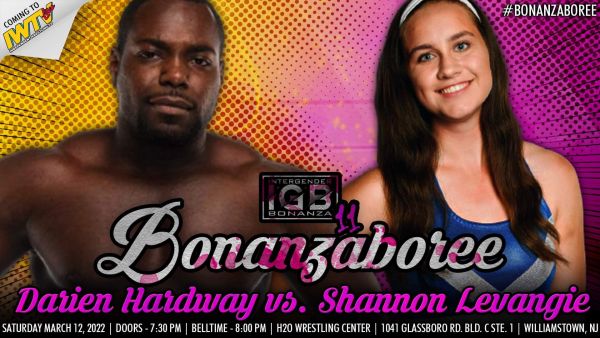 Darien Hardway was originally scheduled to face B3CCA here, who is out with an injury. This is only important because it could take Hardway off of his game plan, as it is not as easy to prepare for Shannon LeVangie, as she has had fewer matches. LeVangie also has had some big victories in promotions such as Chaotic Wrestling, where she also faced wrestlers such as Aaron Rourke. Hopefully, Hardway takes on LeVangie with that same level of intensity and respect as should have had for B3CCA. Otherwise, LeVangie may surprise some people during this match and a potential win should not be an upset. 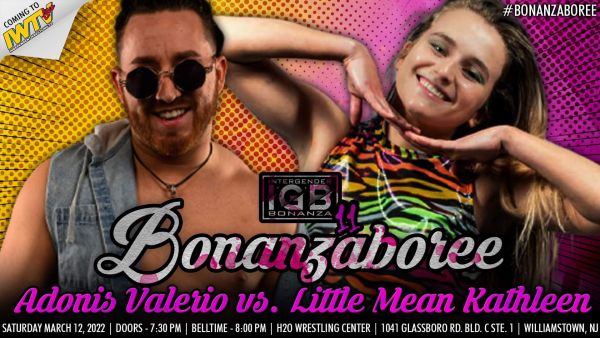 Adonis Valerio is perhaps best known for pushing a gimmick of trying to be like Cupid, which has been going on for a bit longer by another wrestler named Love, Doug. Little Mean Kathleen has wrestled throughout the New England area with Love, Doug- for promotions such as Beyond Wrestling– and so LMK should not only have an idea of what is possible within this match but also make it a point of pride to send this imposter back to the drawing board where he can return without trying to be Cupid any longer. LMK is many things inside of that ring and she has more than what it takes to get the job done; Like Doug will find this out at Intergender Bonanza 11. 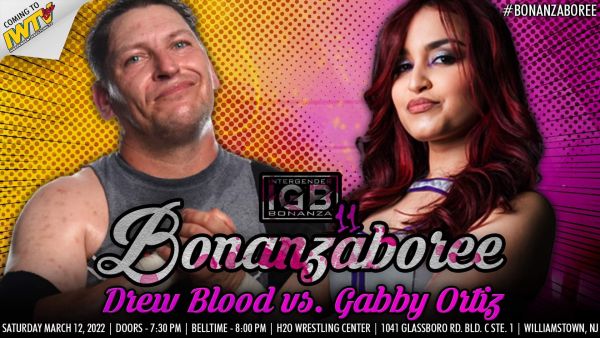 While Drew Blood is a veteran of professional wrestling, Gabby Ortiz has also been at this for longer than most people think. Blood might seem like he has the advantage here, in experience, but Ortiz has been wrestling in 2022 as if she has a chip on her shoulder. Ortiz has been treating 2022 as her year to shine and get noticed. In short, she aims to make 2022 her breakout year. This is not only something that Ortiz is 100% capable of doing, it seems highly likely that this match will also be another reason why she is having the best year of her career in 2022. 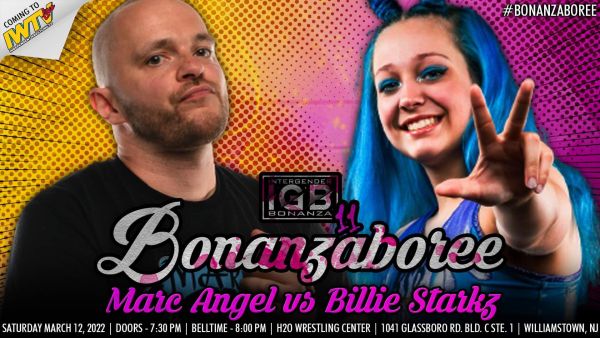 Imagine being a father and getting to wrestle the young woman who is dating your son. This feels like it would be an awkward match for all involved (even Marcus Mathers) but that awkwardness just fuels the drama; said drama is a part of the reason why we watch professional wrestling, is it not? This is going to be a good match simply based on the fact that Marc Angel is a veteran while Billie Starkz is considered the “young up and comer” but has also been in some high-profile matches and delivered. This match might also put Starkz in line for a title shot, should she secure the win here, and that feels like an added bonus heading into Intergender Bonanza 11. 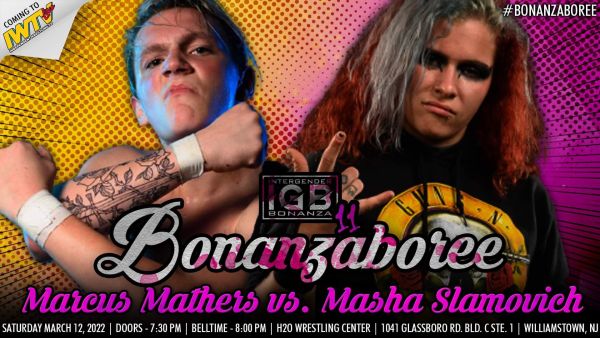 One thing that Marcus Mathers and Masha Slamovich have in common is that they have ties with the IWTV Independent Wrestling Championship, Mathers holding the briefcase while Slamovich recently having an opportunity against AC Mack. This might be where their similarities end. Mathers has been impressive since making a name for himself coming out of H2O Wrestling and appearing in Jersey Championship Wrestling as well as for Beyond Wrestling and Wrestling Open. While Mathers seems to be making his way up the ladder in New Jersey and up into Massachusetts, Slamovich has been a name throughout the world.

Marcus Mathers is the wrestler who people talk about as being the future and they are not wrong. However, Masha Slamovich has been *the* wrestler, competing not only throughout New England but the entire world. This will be the toughest test to date for Mathers and it’s not a matter of winning but rather surviving. Slamovich is going to bring the fight here like she always does and there is simply going to be no stopping her. 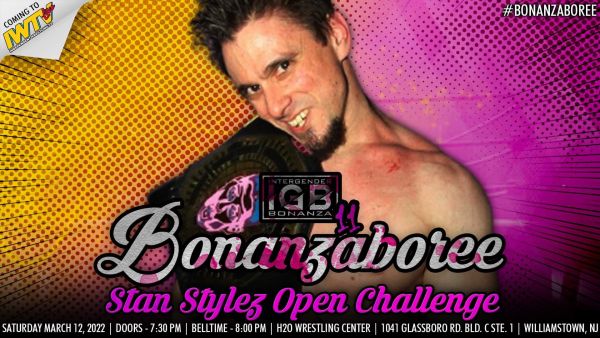 The first name which came to mind for many fans when thinking about who could answer this Open Challenge was Max The Impaler. However, there is a possibility that it might not be; as such, other names need to be considered. It feels like, especially since this is a title match, that the biggest of names could accept and come out for this match. Imagine the new IMPACT Wrestling Knockouts Champion Tasha Steelz answering this in an attempt to capture another championship. When speaking of collecting gold, though, this could also be a challenge answered by Deonna Purrazzo.

Ray Lyn, Zoey Skye, Mother Endless, Lady Frost, Jessica Havok, Alisha Edwards, Allie Katch, and Riley Shepard are all possible names to face Stan Stylez in this match and whether it is someone who is mentioned here or not, Stylez is facing an uphill battle in that opponent being unknown. At the same time, if it is someone such as Max The Impaler, how does one really prepare for them, anyway? Stylez might have painted himself into a corner here and whether he can come out with the title still will be determined during this match!

Intergender Bonanza 11 takes place live from the H2O Center in Williamstown, NJ and it will also be on IWTV! For more information, tickets, etc please visit IGB’s social media channels.

Stay tuned to the Last Word on Pro Wrestling for more on this and other stories from around the world of wrestling, as they develop. You can always count on LWOPW to be on top of the major news in the wrestling world, as well as to provide you with analysis, previews, videos, interviews, and editorials on the wrestling world. Learn more about Intergender Bonanza on Facebook and Twitter.