WWE is back in the AT&T Arena in San Antonio, Texas for yet another edition of Friday Night SmackDown. This week’s episode is being billed as the big return of “The Beast”, Brock Lesnar – who was suspended last month for dismantling Adam Pearce. Brock Lesnar getting suspended for attacking officials is a tale as old as time, so his return isn’t that shocking. Following last week’s Black Friday Battle Royal, there is also a new number one contender for Roman Reigns‘ WWE Universal Championship, so there are some points to discuss. Let’s dive in to the preview. 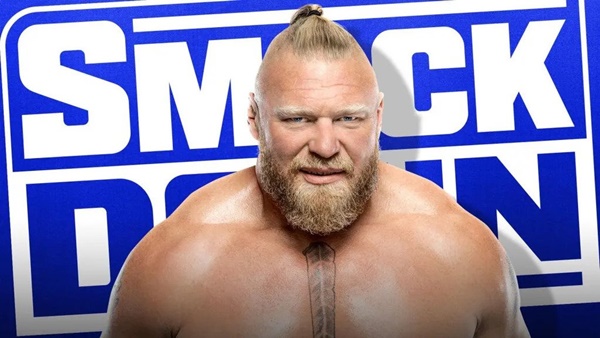 As mentioned in our opening, Brock Lesnar’s return is being billed as the big, headlining draw for tonight’s show. At WWE’s Saudi Crown Jewel event back in October, Roman Reigns slew Brock with the assistance of The Bloodline, with certain actions of Paul Heyman coming under scrutiny – Roman unsure of whether Lesnar’s former Advocate was actually intending to help him overcome his present-day associate. It has essentially been one great, big, love triangle between Heyman, Reigns and Lesnar and we can expect that dynamic to be further explored tonight. Additionally, Sami Zayn is the new contender for the WWE Universal Championship. Will Lesnar somehow usurp Zayn’s title shot ala John Cena and Finn Bálor from a couple months ago? Most likely. Sami and Roman is a strange match to do with both being on the same side of the face/heel fence, so tonight’s return could be interesting.

– Kofi Kingston has been away on paternity leave recently. It is believed that he may return to help out his King, Xavier Woods, tonight. Expect their feud with The Usos to resume.