When Bron Breakker walked down to the ring to reveal that NXT WarGames was his next step in his own growth, it only became that much more apparent that the new generation of NXT 2.0 is looking to take out the old generation of the formerly black and gold brand for their overall growth. On one side will be Breakker, Grayson Waller, Tony D’Angelo, and NXT North American Champion Carmelo Hayes representing the new breed while Johnny Gargano, Pete Dunne, LA Knight, and NXT Champion Tommaso Ciampa hope to show the world they aren’t going anywhere. All of this will happen in the double rings of WarGames, allowing the two generations to show who is superior and will be at the head of this brand moving forward.

The decision to make it the old against the new is a direction that made sense. Perhaps it is the final road for some and a new beginning for others. No matter what, the direction of it being inside a structure that became synonymous with the black and gold makes it to the perfect final transition.

#DIY: Heart and Soul Together One Last Time

It’s about the future but also feels like the last shot to say goodbye for those old-school NXT fans who have stuck around. That goodbye, of course, is for the two men who have been the “Heart and Soul” in NXT for over five years now. When Tommaso Ciampa and Johnny Gargano broke into the black and gold brand, it was them coming together as a team that was known to the world as #DIY. Since kicking off that journey, they have been intertwined with NXT more than anyone in the brand’s history.

Their story was the leading point for a three-year period. Winning the NXT Tag Team Championship at NXT TakeOver: Toronto by defeating The Revival. Losing the belts and a turn that shifted NXT at its core. Ciampa was injured and made sure to end #DIY once and for all. The return that saw Ciampa them wrestle and main event TakeOver after TakeOver. Ciampa, not Gargano, won the NXT Championship and was forced to relinquish the gold rather than finish off their rivalry where Gargano would have his moment. A few miniature reunions somewhere in all of this and what we saw last Tuesday. Ciampa helped Gargano to his feet before the new kids laid down the challenge. 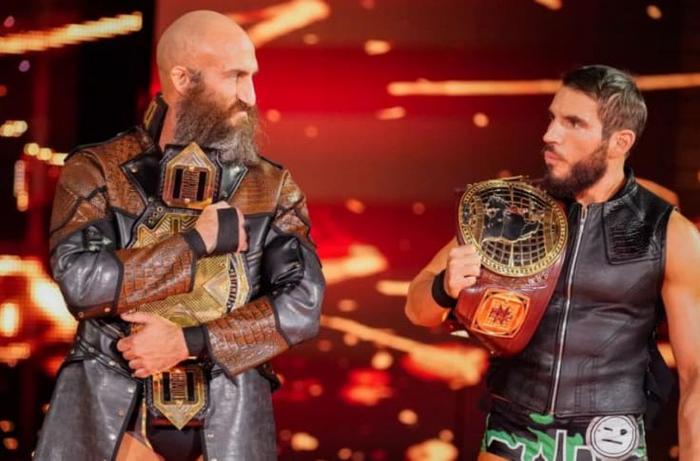 Through it all, Ciampa and Gargano have been the two to wave the NXT flag while countless names have moved on. Dec. 5 feels to be the final time they get to do that together, making this match have that much more meaning.

Star-Making: An Unusual Opportunity for the NXT 2.0 Generation

The most important aspect of this match is that it is a chance for the NXT 2.0 generation to become stars instantly. Sure, Carmelo Hayes should be seen as someone who leads the new generation as the “it” champion, but a win here for all four men sets a new precedent and helps them become instant stars of the brand. The reason that it’s an unusual opportunity is due to WWE’s long-winded inability to make new stars. While NXT has always made stars that eventually go up to Raw or SmackDown to be underutilized and in many cases (especially recently) released, the NXT 2.0 direction feels as if this is a new shot to become stars for the long term.

Look at Bron Breakker. Everything about him not only screams star but superstar. Exactly what WWE loves to call their wrestlers. He has the raw talent to be better than anybody. If he were to pin Ciampa or Gargano in this match, his stock would only continue to grow to the point where not even “Big Poppa Pump” can reach. Breakker is the centerpiece of the new breed. His meteoric rise to the top has been the best part of NXT 2.0 since the very first match where he smashed LA Knight. It’s the next step.

Then there’s Grayson Waller and Tony D’Angelo, two wrestlers who many will agree are a bit behind Hayes and Breakker in terms of potential but still have this mega opportunity to show they can be on the same level. All four men can and should walk out of this better than they walked in. It’s about star-making for these four and the only direction to go is with them picking up the win. No other result should be considered. It’s time for NXT 2.0 to officially take the reigns from those who powered it for years. 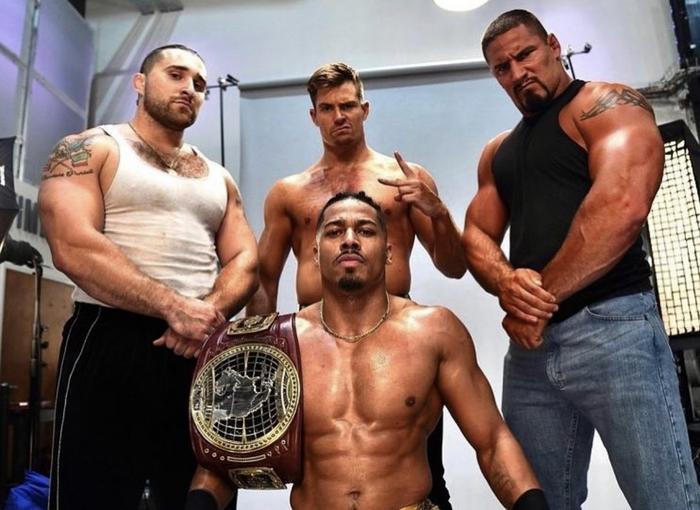