At CW The Balance of Power, many of these matches were set up but some of them have since changed. Chaotic Wrestling still looks to bring about their best on their November show- CW Breaking Point! 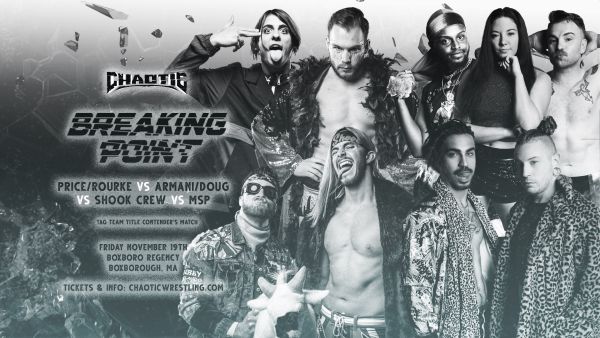 There are reasons out there why Alec Price and Aaron Rourke and Love, Doug and Armani Kayos are teaming together for this, but one would have to assume that both Shook Crew and MSP have the advantage going into the match. They are established teams that have been together for quite some time. Love, Doug pinning one of the members of MSP would likely add some tension there, but Shook Crew getting the CW Tag Team Championship shot against The Unit would be about as fitting at this point as MSP getting a proper rematch. Either way, this match spells trouble for The Unit because whoever is coming for those belts is going to be at an advantage. 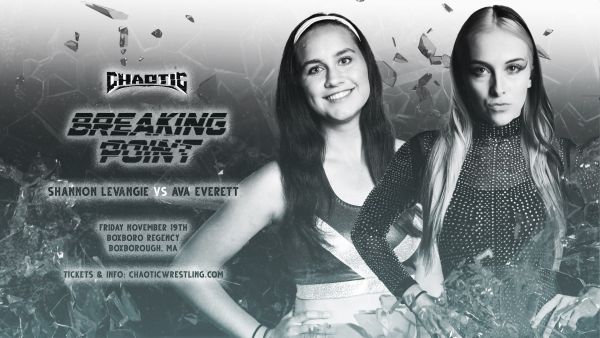 Since Ava Everett returned to Chaotic Wrestling, she has been a thorn in the side of Shannon LeVangie. At The Balance of Power, LeVangie and Alisha Edwards were able to score the victory when Everett left Paris Van Dale to be pinned, but newcomer LeVangie going one on one with the wiser Everett is quite the different story. Recently, Shannon LeVangie became part of the Chaotic Wrestling roster and this would be a huge singles match for her to win and prove she belongs, but with experience on the side of Ava Everett, that seems like the least likely outcome in this match. 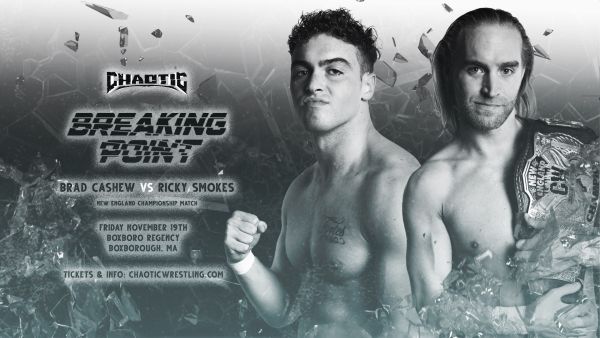 As CW New England Champion, Brad Cashew has been putting on some classic matches against the likes of Alec Price, Ace Austin, and JT Dunn and Eddie Edwards at the same time last month. After scoring a victory over Dango (and Brian Milonas before that), Ricky Smokes looks to take on his one time friend Cashew for the CW New England Championship. These two competitors know each other better than perhaps anyone else so this match is guaranteed to be a show-stealer. The story of this match is going to be about one-upping the other and both of these wrestlers just wondering what it will take to put the other down for the three. Brad Cashew may retain the New England Championship, but this might also be the toughest challenge for the champion since winning the title. 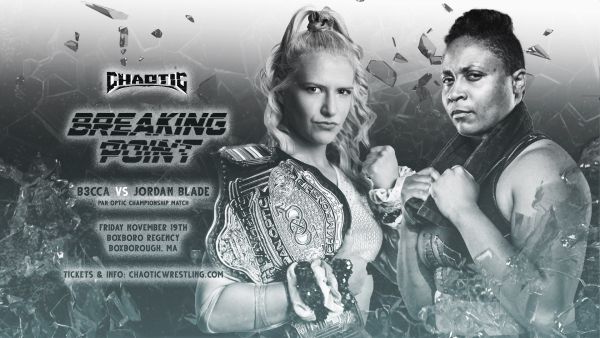 Following an impressive win over Anthony Greene last month, B3CCA stated that the next Pan Optic Championship title defense should be against someone from outside of the company. This lead to many wrestlers being tagged on social media to accept the challenge- names like Allie Katch, Trish Adora, and Sweatboy. The one who ended up securing this title shot, though, is none other than Jordan Blade, who has been on a roll lately and also brings a unique challenge to B3CCA. Within the history of the Pan Optic Championship, and just the career of B3CCA in general, B3CCA’s toughness tends to go underestimated. Blade will be looking to take B3CCA’s ankle and this match feels like it could go either way. At the end of the night, though, this will likely be looked back at as one of the highlights of the show and a match that future generations will look back at and learn from. 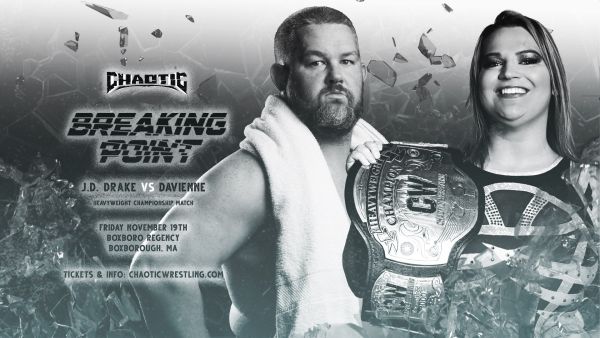 This match was announced at The Balance of Power with an audible gasp heard from those in attendance. Davienne has defeated everyone put in front of her in Chaotic Wrestling for quite some time, which is the path that lead her to be the CW Heavyweight Champion. However, to say that Davienne hasn’t yet faced someone as big and tough as JD Drake is also accurate. Many have come and pushed Davienne to the limit, but she is still holding that title, so it is going to take someone going toe-to-toe with Davienne and beating her at her own game in order to become champion. JD Drake might just be the only one out there who can accomplish this. At CW Breaking Point, Davienne will find out whether or not the test will be too much. 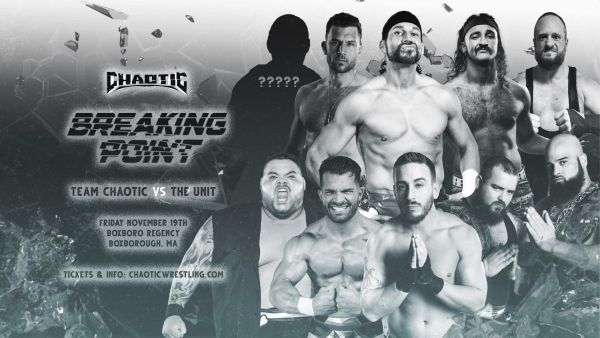 For far too long now, The Unit has terrorized Chaotic Wrestling. At the end of The Balance of Power, The Unit outnumbered Brad Cashew and then called out Chase Del Monte, who eventually was joined by Adam Booker, Eddie Edwards and Dango to set up this match in a 4 on 5 way. However, in the parking lot, Edwards was jumped by The Unit and taken out of the match, so Del Monte recruited Anthony Greene to take his place, but it still leaves a spot open on Team Chaotic. This match should hopefully put The Unit in their place; many fans, as well as wrestlers within Chaotic Wrestling, have reached their breaking point with The Unit.

Perhaps the biggest question heading into CW Breaking Point is who will join Team Chaotic as the fifth member. One of the obvious choices seemed to be Brian Milonas, though he confirmed via Twitter that he would be out of state at the time. It is possible that the man fka Tyler Breeze is healed up and could join his former tag team partner Dango in this match. In a world of what doesn’t seem possible, perhaps WWE can loan out Christian Casanova, the current Carmelo Hayes, for a night to help out Chaotic Wrestling. With many Chaotic Wrestling alumni still in the New England area, it feels like Team Chaotic has their options open and The Unit could be in big, big trouble.

All these matches plus a meet and greet with Chris Hero are scheduled! For more information, please visit: https://www.chaoticwrestling.com/event-details/breaking-point