The AEW World Championship Eliminator Tournament has returned this year for Full Gear, officially becoming a staple of the PPV and a tournament that is solidified in the AEW schedule. Last year, the finals came down to Hangman Page and Kenny Omega. Seeing that they will go head-to-head once again but this time with the AEW World Championship on the line, it’s easy to believe that this tournament can be the start of something special. Here’s a look at each competitor prior to the tournament’s start this Friday night on Rampage.

The #AEW World Title Eliminator Tournament kicks off FRIDAY on #AEWRampage on TNT with @orangecassidy vs @TrueWillieHobbs & next Saturday on a LIVE Saturday Night #AEWDynamite from Orlando, @LanceHoyt vs @MadKing1981 & @dustinrhodes vs @bryandanielson on @tntdrama! pic.twitter.com/iAxH7UGsJu

The biggest opportunity in the career of Preston Vance, better known to AEW fans as 10, arrives in his entry to the tournament. There was no name more shocking than his when AEW revealed the eight names who would get a shot, but perhaps that sets him up as the one with the least to lose and most to gain. Vance was one of the true chosen ones for the late Brodie Lee when it comes to joining The Dark Order, furthering the fact that his potential could be what makes him the surprise of the tournament. Unfortunately for him, a first-round matchup with Jon Moxley makes it difficult to see him go much further.

Jon Moxley is angry. That anger could be what brings him to the finals and a potential win in this tournament. Saturday night on Dynamite saw Moxley dismantle Wheeler Yuta in seconds, making quick work of the young prospect before walking away as if it was a waste of his time to do the match in the first place. Ever since losing his AEW World Championship, it has been a slow fall into madness with the explosion nearing its detonation. If that detonation happens in this tournament, the former AEW World Champion could be on his way to a second title reign with no one able to stop the devastation. Moxley has everything to lose in this one.

“Freshly Squeezed” has his shot at getting a one-on-one world title match once again. When it looked as though he was nearing in on his first singles world title match, PAC was shoehorned in to make it a triple threat at Double or Nothing. Orange Cassidy has not forgotten what Omega did to screw him out of the championship on multiple occasions in that match. A first-round matchup with Powerhouse Hobbs might leave him with an underdog story to tell, but there’s no denying that Cassidy can handle anybody. Fans have to remember that Cassidy was not at all impressed with what Moxley did to his Best Friends stablemate in Wheeler Yuta on Saturday, making us believe that it will be the semi-finals where those two face off for the first time ever.

P-P-P-Powerhouse. Will Hobbs has become a future star in AEW over the past year, becoming the one and only brute of Team Taz. His placement in the tournament is a welcome one as he’s shown that he has what it takes to work with the best the promotion has to offer. His entry, however, is interesting seeing that his last major matchup saw him fall to CM Punk. While it’s good to see that a loss to a multi-time world champion doesn’t stop the rise of this future champion, Hobbs’ opponent Orange Cassidy may manage to take advantage of that loss. The powerhouse needs the win more than most of the field.

Dustin Rhodes is getting his opportunity to become a world champion for the first time in his career. The former Goldust and the one known as “The Natural” has accomplished enough in his career to be a Hall of Famer of professional wrestling, but he has never been able to win world championship gold. The three-time WWE Intercontinental Champion has had another career resurgence since joining AEW as his match with his brother Cody Rhodes at the first-ever AEW event, Double or Nothing, was a special match that reminded everyone how great he is. Since then, there haven’t been nearly enough opportunities for him to show the world that he can still go but a match with “The American Dragon” in the first round should easily do that. Expect a great showing even if it’s in first-round defeat. 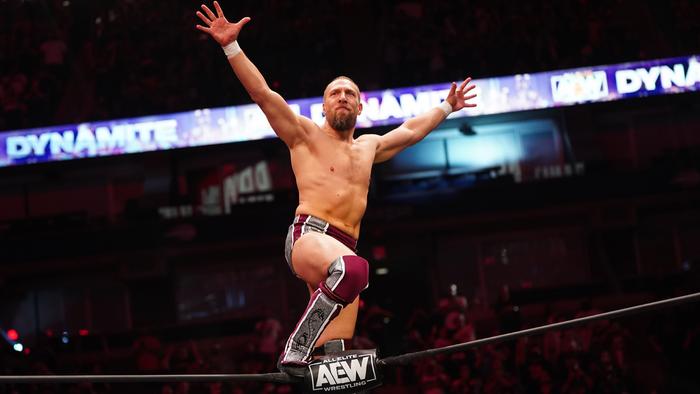 The moment he was announced as a competitor in this tournament, Bryan Danielson became the favorite. No one has been able to touch “The American Dragon” in terms of in-ring ability since his debut in AEW, having classic matches with the current AEW World Champion Kenny Omega and Japanese wrestling legend Minoru Suzuki. Add in the fact that no one has been able to defeat him, including the reigning world champion, and you realize that no one might be able to stop the man that sees himself as the best wrestler on this planet. Danielson has had his fair share of world championships up until this point, making it easy to believe that his favorite status could be the most bankable in an AEW tournament ever. 2021 might become the year of “The American Dragon” after all.

Lance Archer has shown in his AEW career that tournaments can be his forté. A finalist in the TNT Championship Tournament, Archer is looking to get back on track for the first time since losing the IWGP United States Championship to Hiroshi Tanahashi. Archer was involved in the Casino Ladder Match two weeks ago but came up short there as well. Coming up short has been a theme for Archer in his AEW career, something that is a bit stunning for someone who calls themselves “The Murderhawk Monster.” His match against Eddie Kingston might be the perfect chance to get a huge win but Kingston has never been an easy win for anyone. If there’s anyone that needs a win in this eliminator tournament, it is Archer.

“The Mad King” has been a potential suitor for Kenny Omega and the AEW World Championship for months now. His tied-in problems with Jon Moxley to The Elite have had him set up as a perfect challenger to Omega for some time, but that time could be closing if Hangman Page were to dethrone “The Cleaner.” There’s about a zero percent chance that matters to Kingston, who will be willing to fight anyone and everyone as long as there’s something in it for him. Kingston could be a perfect first challenger for Page or the next challenger for Omega, the only thing he has to do is get through a bracket that could involve him facing Archer, Danielson, and his best friend, Jon Moxley. That road alone makes it difficult to believe that Kingston gets far in this one.