The build to Halloween Havoc continues this week in what will be the go-home edition of NXT 2.0. There isn’t too much set that will have implications on the special television event but Tommaso Ciampa and Bron Breakker will team up prior to their NXT Championship match. Here’s a look at the entire WWE NXT 2.0 card.

The Tony Soprano-inspired mob boss of WWE, Tony D’Angelo, returns to the ring Tuesday. In only one match, it was shown that he has a massive following and is getting over with the crowd. He made quick work of his first opponent and that shouldn’t be changing any time soon. D’Angelo’s stock is rising and his second match will be a must-see for NXT 2.0 fans.

Ciampa and Breakker Team Up Ahead of Title Match 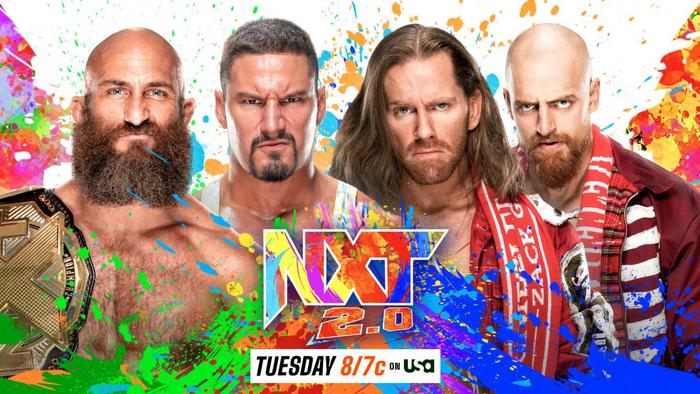 Bron Breakker has made it perfectly made his intentions clear: Keep Tommaso Ciampa healthy enough for their title match at Halloween Havoc. That has led to Breakker making the save and now teaming with him once again. It will be an interesting match, however, as Breakker will team with the NXT Champion and his opponent next week against the Grizzled Young Veterans. Gibson and Drake have had an awfully difficult run as of late, losing match after match despite talking the talk. If they can’t beat the rival makeshift team of Ciampa and Breakker, then they might have to begin looking at themselves in the mirror and making a switch. This will be the main event of NXT 2.0 and should be an entertaining one to follow.