All Elite Wrestling (AEW) presented All Out in Chicago and it will go down as their greatest show yet. A telling statement seeing that their history of delivering on pay-per-view is more likely than not. With surprises guaranteed, unbelievable in-ring action expected, and the official return of CM Punk coming to its peak, this was one special show from start to finish. Here are your AEW All Out results along with analysis for the top matches on the show.

AEW All Out Results: In-Depth Analysis

When it was announced that it would be The Young Bucks versus The Lucha Brothers inside a Steel Cage with the AEW World Tag Team Championship on the line, no one knew what to expect except for insanity and breathtaking action. That’s what the world got of course, as these two teams delivered what was one of the best tag team matches you will ever see. It had everything you could hope for in a wrestling match. Out of this world athleticism, magical heat by the hands of The Young Bucks, and a perfect finish to the match to cap it all off. It’s nearly impossible to sum up everything that happened. Matt Jackson welcomed his signature thumbtack shoe into the match, smashing open the skull of Penta El Zero Miedo who attempted to save his brother.

This is where emotions kicked into gear as The Young Bucks did everything to anger the fans in attendance while trying to break the will of their opponent. Despite that, they managed to survive and it led to some magical moments as the match came to a close. Rey Fenix would climb to the top of the Steel Cage just to come crashing down on both Jackson brothers. They would hit an assisted Spike Piledriver to win the match and become the new AEW World Tag Team Champions. The match was what professional wrestling should be. By all accounts, this is AEW’s Match of the Year and good luck to anyone who wants to come close to matching it. What these men were able to do was all anyone could possibly ask for without destroying themselves forever. 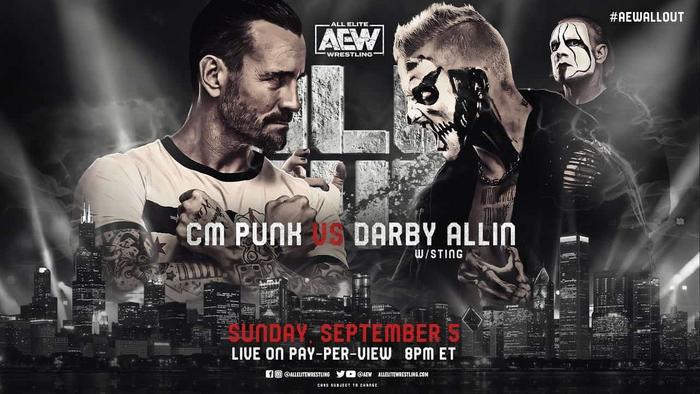 CM Punk returned to in-ring action for the very first time since the 2014 Royal Rumble. It was “clobberin’ time” for the first time in far too long. Across the ring from him was former TNT Champion and one of the hottest wrestlers in the business today in Darby Allin. Everything about it not only felt special but a must-see. The match itself managed to give everyone the most they could have asked for. A great return for Punk. Both men looked excellent, no matter the outcome for either. Despite the immense speed and jaw-dropping style that comes with Allin’s offense, this match followed a much more methodical pace. It worked in their favor, as it allowed the fans to sink their teeth into it and enjoy what was happening.

Punk hit a lot of the greatest hits, whether it was the Shining Wizard in the corner followed by a Clothesline or the Go To Sleep (GTS). The moment of the match was when Allin went for the Coffin Drop and Punk simply sat up, leading to Allin crashing and burning in the middle of the ring. In the end, Punk would hit a second GTS to Allin for the win, completing the perfect return to the ring for Punk. For anyone who grew up a fan of Punk or was able to become one through the time he was off, this gave them everything they could have hoped for and more. While this is only the beginning, he is going to show the world more and more that he can still be “The Best in the World.” 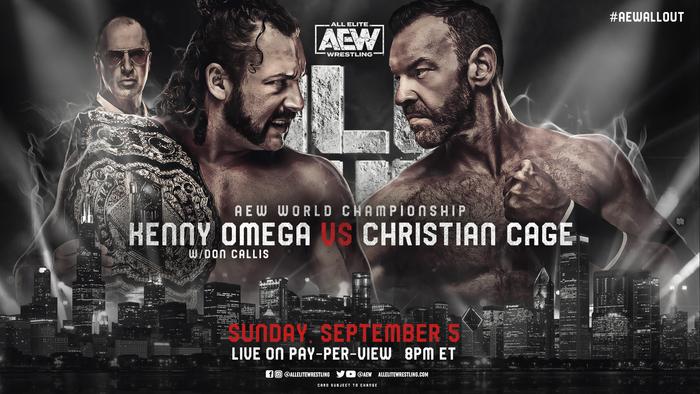 Kenny Omega versus Christian Cage was everything the main event needed to be. Dramatic, interesting, and a solid overall wrestling match. That’s all one can really ask for in the end and that is exactly what Omega and Cage gave the fans to close out the show. Cage, at one point, would hit the Killswitch for the biggest near fall of the match. It’s interesting, however, went it comes to the way they built this match. Omega was in control for nearly the entire bout and in the end, it was his match to win. A top rope One-Winged Angel would be the end to Christian Cage once and for all and it would be a win for the AEW World Champion. The result was not shocking but it managed to complete a great night of matches.

It happened. The unbelievable rumors happened and they occurred back-to-back at All Out. Following the main event, Kenny Omega grabbed the microphone to make it perfectly clear that nobody can defeat him. Those who can (in his eyes) were either not in AEW, retired, or have long passed away. And then, the lights went out. The music hit and it was Adam Cole. A three-time ROH World Champion and the longest-reigning NXT Champion of all time was #AllElite. It felt surreal every single moment as he walked down to the ring. The man who was kicked out of Bullet Club by Omega and The Young Bucks was now back to get his payback… or was he? Instead, he would swerve everyone and show that he was still going to stand beside his best friends — calling The Elite the greatest faction ever.

Omega laughed in the faces of everyone who expected anything else and as the show was set to go off the air, everyone would get the surprise they were looking for. As the “Flight of the Valkyries” kicked in, the world knew that it was time for Bryan Danielson to officially be #AllElite as well. It was a magical feeling in the air as Chicago got two doses of stunning debuts that didn’t feel imaginable a year ago. Danielson would lay out Nick Jackson with a running knee to finish the show on the highest of notes. Truthfully speaking, this was the perfect close to what was the best PPV in AEW history and one of the best ever.

The addition of Adam Cole and Bryan Danielson are major for AEW. Cole, on one hand, gives them another top heel to pair in The Elite. He instantly feels as though he is at the top of the card for good reason and will be making everyone remember why Adam Cole “Bay Bay” is one of the best. When it comes to Danielson, there may not be enough words to describe it. As he said following All Out, he is here to wrestle. As he looked up and down the roster of AEW, he understood that there was more there for him than WWE, a place that he noted that he was still grateful for. “The American Dragon” is going to have countless matches of greatness in AEW to remind the world that he, more than anyone, can still be the absolute best in the world.

What a time it is to be a wrestling fan.