The Lucha Brothers (Penta El Zero Miedo & Rey Fenix) have been together chasing AEW World Tag Team gold since the very inception of All Elite Wrestling. So far, despite their incredible, untapped potential continuing to maintain the loud interest of the AEW audience, they have failed at every turn. Four teams have held the AEW World Tag Team Championships in its short history: SCU (Frankie Kazarian & Scorpio Sky), Adam Page & Kenny Omega, FTR (Cash Wheeler & Dax Harwood) and current champions, The Young Bucks (Matt & Nick Jackson). The Lucha Bros were even involved in the first ever match for the titles on AEW Dynamite #5, where SCU were crowned inaugural champions. Surely, at tonight’s All Out, it is time for Mexico’s arguable greatest present-day tag team to capture the gold – in their tag team steel cage match with The Young Bucks – which has so far escaped their grasp at every attempt. There is no time like now.

Fans Can Only Wait So Long 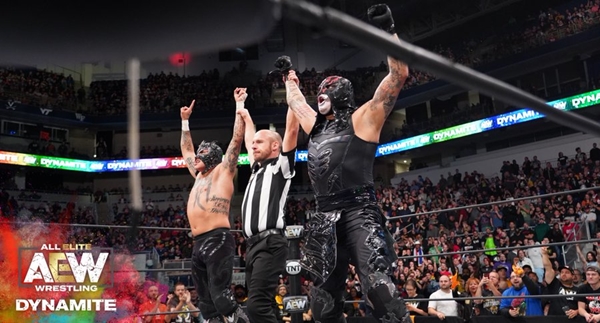 Right now, the Lucha Bros are a hot act in the company and rightfully so, too. Penta’s enigmatic charisma (and near unrivaled ring ability) and Rey Fenix’s exciting, explosive arsenal make the team must-watch television. In overcoming two rising teams in the Varsity Blondes (Brian Pillman Jr. & Griff Garrison) and Jurassic Express (Jungle Boy & Luchasaurus) to make it to this point, it is clear the AEW top brass thinks so too. Yet, should they lose in yet another failed attempt to claim the titles, it will become clear that the team is seen as an ultra-talented enhancement duo capable of excellent matches but incapable of reaching the top tag team prize in the company. If Tony Khan and co. don’t think so, fans certainly will – it is an inevitable outcome of one more big defeat. A team can only fail so many times before they lose much of the buzz they have generated and fans begin to see them as, quite simply, not good enough to capture the gold. This is why, at All Out, the Lucha Brothers must win or it is back to the very bottom of the pile for arguably the company’s most talented duo. Should they lose, however, there is another option.

A Lucha Bros Loss Could Bring About A Break-Up 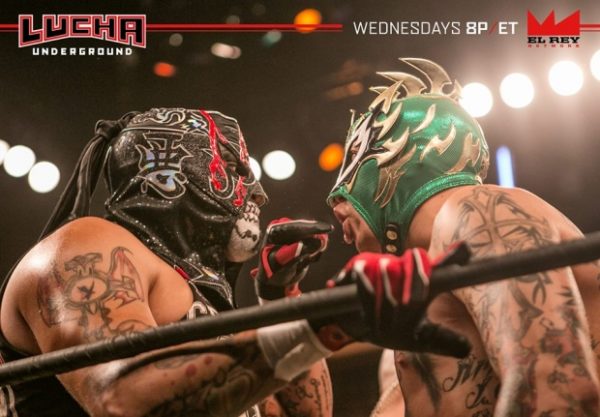 Prior to All Elite Wrestling fame, both brothers were most famous for their time in the cult wrestling TV show, Lucha Underground. It was in the Lucha Underground “Temple” where they made their names and if you tuned in regularly, you will know that they were never a tag team here – they were two very unique and dissimilar individuals. Penta, then Pentagon Jr., was the anti-hero; the limb sacrificing “bad*ss” whose sole purpose was to inflict pain on those who wronged him and/or his master, Vampiro. More importantly, he existed to capture the Lucha Underground Championship, which he eventually did – a great, career defining moment which could one day be matched in AEW. Fenix was the white-meat babyface; the good guy who never bent the rules – he was as honorable as he was talented. Should the Lucha Bros lose once more to the Young Bucks, however, a break-up might be their best option to rebuild. Now, given there has been no build to a break up, would it make sense? Probably not. But given the amount of times the Lucha Bros have failed to capture the gold, only to rise again and earn another shot, anything but a victory would not make sense. Should they lose, it might just be time for the Lucha Bros to go their separate ways in AEW.

Whatever happens, it is certain to be a great match. Both teams have plenty of history with each other – the Young Bucks have even cited the Lucha Bros as one of their greatest rivals. In AAA, they have achieved tremendous viewership figures in the past – a match between the two teams once generating 5.4 million viewers on Azteca TV – and there is no doubt that at All Out, they will put on a clinic once again. It might just be their final one together in AEW.