A quote that I’ve always referred to when I think of wrestling is “It’s always the small pieces that make up the big picture.” You can’t have a big picture without a bunch of small pieces taking up the majority of the space. “The Lone Wolf” Davey Richards has always been a part of the “big picture” in wrestling. Whether it’s his legendary Ring Of Honor run that included a 321-day reign as ROH World Champion or a tag team tenure with Eddie Edwards, that saw the two capture tag team gold a total of ten times, Richards has been a constant in the business since his debut in 2004.

The Lone Wolf: An Introduction

“The Lone Wolf” has always been a favorite of mine and has put on some of my favorite matches ever. Richards’s bout against Shingo Takagi from Dragon Gate USA‘s Untouchable in 2009 is personally in my top ten matches ever. The (American) Wolves are one of my favorite tag teams ever and were a primary reason that I watched and kept up with Total Nonstop Action Wrestling in 2014-2015. 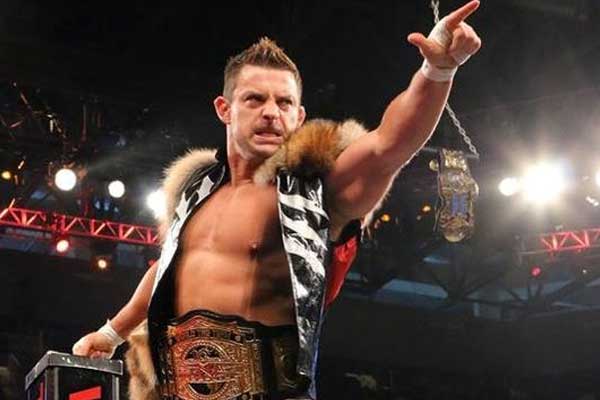 Richards has always toyed with the idea of retirement, citing that he wanted to pursue a full-time career in the medical field. When he officially announced his retirement from Global Force Wrestling in the summer of 2017, many people thought we had seen the last of the “Full Metal Bulldog”. While he stayed relatively quiet on social media, he did occasionally share some commendable medical achievements with his followers.

When the indy wrestling scene began to rise back to the surface after a 13-month Covid hiatus, along came Davey Richards with it. Richards was first announced in early April for a Global Syndicate Wrestling show, followed by Major League Wrestling announcing his signing as a “first-round draft pick” in late May.

The Return of Davey Richards

Ever since his triumphant return, Davey has been receiving universal praise from fans, promoters, and even wrestlers alike. He’s been putting over tons of popular independent stars like Bryan Keith, Chip Day, Jordan Oliver, and Everett Connors, while also having great performances against veterans like Jonathan Gresham and TJP. Richards has worked for 10 different promotions across the country in just under two months. Promoters are scattering to capitalize off the hype that Richards is bringing to the business right now, with Sami Callihan’s promotion Wrestling Revolver even announcing a reunion of The American Wolves. It seems like a new booking is rolling in every day for the former Ring Of Honor world champion.

I personally applaud Richards for trying his hand at a new company upon his return. Many wrestlers will go back to their roots after taking time off, but Richards instead joined MLW. Richards cited that he joined the Major League Wrestling roster because it was an “organic fit” and wanted to work with a promotion that “thinks along the same lines” as his sports-based views on wrestling. The 5x TNA World Tag Team Champion would have been welcomed back to IMPACT Wrestling with open arms, but instead, he chose a different route that includes a slate of fresh opponents like Jacob Fatu, Alex Hammerstone, Tom Lawlor, and LA Park. I don’t think a return to IMPACT is completely out of question for Richards, but I commend him for trying something new upon his return.

The influence Richards has can be felt through his wrestling dojo in St. Louis – the Team Ambition Dojo. The school is brand new and not much is known about it, but the trainees and Richards himself often tout the school on social media.

Richards’s comeback tour has been nothing short of spectacular, and I’m excited to see what’s in the cards for the future of “The Lone Wolf”. With all companies seemingly being willing to work with each other nowadays, I’d love to see Richards return to his origins in Ring Of Honor or New Japan Pro-Wrestling, or even a venture back to the newly returned Pro Wrestling Guerrilla. Richards has expressed interest in working with a ton of new fresh faces on the indies, even guys that grew up watching Richards in his prime.