As long as I have been writing this WWE matches of the month feature, there had only been one show where there was any wrestling with fans in WWE outside of NXT in the Capitol Wrestling Center. Otherwise, it was zero crowds into the WWE ThunderDome. That all changed this month and for good reason as fans returned over Money in the Bank weekend, giving WWE a much-needed boost moving forward. Here are the best WWE matches of the month for July, giving thanks to the Great American Bash and Money in the Bank.

Magic seems to happen anytime that Kevin Owens and Sami Zayn share a ring together. This time allowed them to pick it up that much more, however, as it was a Last Man Standing match between the two longtime rivals that would decide if they made it into the Money in the Bank ladder match or not. But for them, it was far more than achieving that opportunity. Throughout the match, these two never held back on each other and made it more of a mission to hurt the other than actually win. The moment of the match saw Owens go crashing down through two tables from the top rope. And yet, it was still Owens who found the win. The former Universal Champion finished off Zayn with an apron Pop-Up Powerbomb in a vicious fashion.

These two are incapable of having a bad match with each other. That was proved again to kick off July. 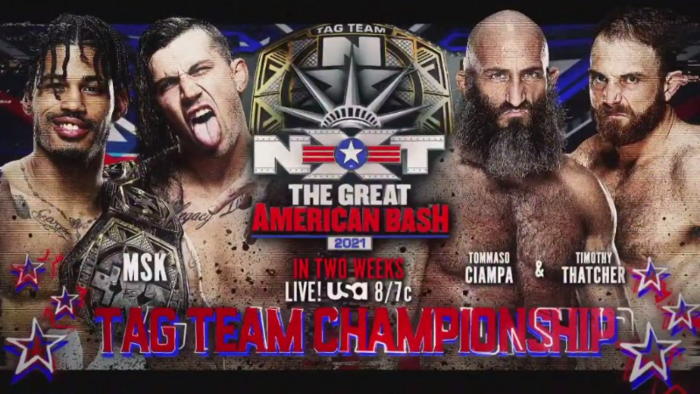 Seeing that both of these teams are the favorites to be WWE’s Tag Team of the Year, it only felt right that they would deliver when facing off with the NXT Tag Team Championships on the line. The high-flying style of MSK mixed with the physical intensity that Tommaso Ciampa and Timothy Thatcher bring to the table is what made this clash so great in the end. Ciampa has had a second life since pairing off with Thatcher, showing that he still has what made him the NXT Champion years ago. In the end, MSK showed the world why they remain the champions and are among the brightest young talents in WWE. 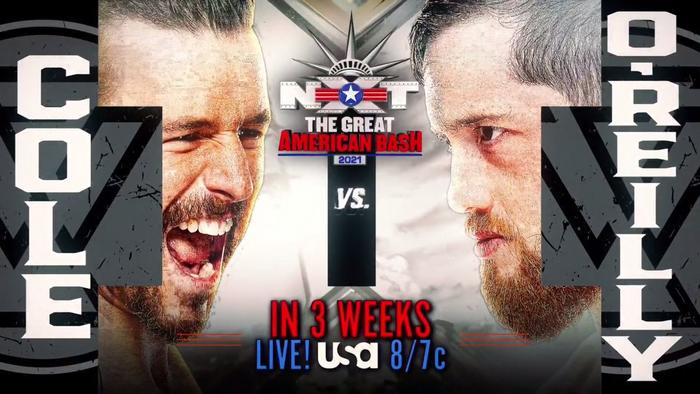 After having an Unsanctioned Match that went 40 minutes strong, it was time that Adam Cole and Kyle O’Reilly faced off in normal singles action. The best theme of it all with Cole throughout his NXT run has always been his ability to win the match went it is back down to the simplest of forms — a normal singles match. He did it to win the NXT Championship and it worked once again in his rivalry with O’Reilly here. These two had one of the best television matches of the year in all of professional wrestling, displaying their chemistry on the finest of scales as they battled back and forth. O’Reilly’s injuries during matches continue to be the theme as to why he loses in the end and this was the same story. Cole showed why he is NXT’s best once more. 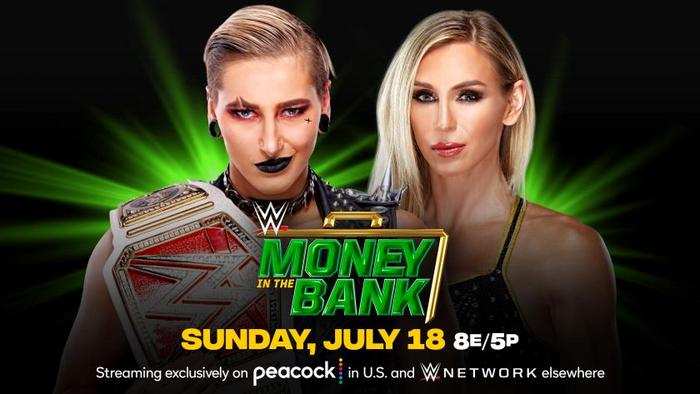 Rhea Ripley and Charlotte Flair continuously display their chemistry time and time again as this one at Money in the Bank was a special one. You could feel that these two were feeding off the crowd as they made them believers as the match went on, turning them from chanting “We want Becky” to “This is awesome.” Flair was pulling out all the stops, using her top rope prowess to take out the powerful Ripley. The ultimate destruction of Ripley’s knee is what led to this match finding its close, but perhaps the best part was the top rope Natural Selection that Ripley managed to kick out of in the near fall of the night. While Flair would win the title, it was another example that these two have the chemistry that can make any lame story a good one through their match. 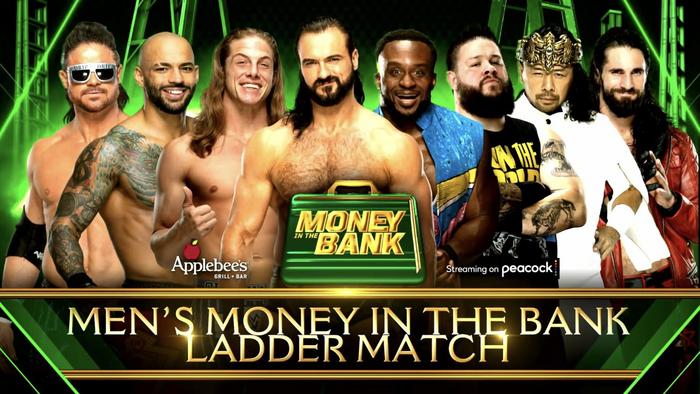 MATCH OF THE MONTH: With time to sit back and think about it, this match could very well be the best Money in the Bank match ever. Considering the competitors that were in this one, the feats that were achieved in it, and the final result of Big E grabbing his long-awaited future, this hit on every level that someone could ask for. When it comes down to moments, Ricochet‘s launch from the ladder to the top rope and down to the floor was one of the most amazing maneuvers you will see in professional wrestling ever. Riddle going RKO crazy on everyone in the match was not only hysterical but a fantastic moment as he channeled his tag team partner better than any have prior. And Big E hitting the Big Ending on Seth Rollins before climbing to the top and winning the match was the perfect finish.

Everything about this screams being the best one of these matches ever and is well worth the time to check out as July’s match of the month.