Not many superstars have been more synonymous with the WWE over the past decade than Bray Wyatt. Windham Rotunda, the man who has portrayed Bray Wyatt since abandoning the Husky Harris character in early 2012, is a homegrown talent; a WWE mainstay and third generation superstar who has surpassed the in-ring achievements of both his father, IRS Mike Rotunda and his maternal grandfather, Blackjack Mulligan. A three-time world champion in the WWE, twice as Universal and once as WWE Champion, Bray reached the upper-echelon of performers in the 2010s and was a clear favorite of Vince McMahon. Yet, this past Saturday, July 31st 2021, Bray was released from his WWE contract after a lengthy absence away from the cameras.

We at Last Word on Sports do not deal with rumor and speculation – we are not going to go into why we think Wyatt was released. What we do deal in, however, is facts and what is a fact is that Bray Wyatt’s release signals a monumental waste of talent, potential and marketing. Let’s dive into why.

Windham Is A Clear Creative Genius

WWE was still in the John Cena led (more on him later), “PG Era” at this time. Fans, for years, had been clamoring for something different; something a bit more edgy than what had become the norm in the early 2010s. CM Punks were few and far between and in January of 2014, he was already out of the door. So when Bray Wyatt vignettes began – teasing the debut of a man with a God complex which exposed him as a southern, Charles Manson inspired cult leader, fans took to it immediately. His promos were, quite admittedly, genius; Bray developed a soundly deserved reputation as one of the best promo guys in the company. To the everyday man, they were promos which might sound like the ramblings of a madman, but to anyone with a more in-tune ear, they were revolutionary, riddle-filled promos more akin to Shakespeare than WWE. 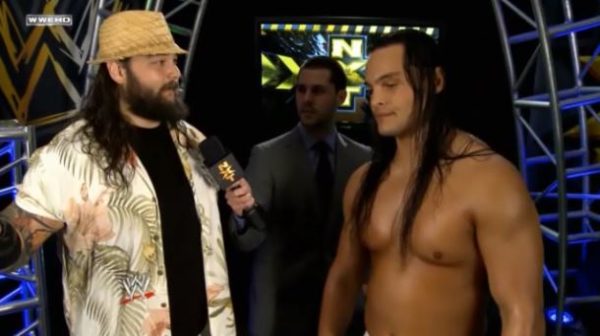 Alongside Erik Rowan and the late Luke Harper (Brodie Lee), Bray headed the Wyatt Family and they debuted to much fanfare. They were an instant hit and soon found themselves feuding with the other white hot trio in The Shield (Roman Reigns, Seth Rollins and Dean Ambrose). With thanks to Wyatt’s promos and clear non-PG character, they became arguably the hottest act in the company and their simple stare down with The Shield in February of 2014 was so over that they garnered more attention than opponents who actually clashed that night. Bray’s popularity played a tremendous role in Daniel Bryan’s “Yes Movement”, also, as Bryan’s arguable “peak moment” was when he defeated Bray in a cage match and escaped the Wyatt Family for good. This defeat did not hurt Wyatt, thankfully – Bryan was so over and beloved that, if anything, it further established Wyatt as a top heel. The beginning of Bray’s downfall came shortly after, at WrestleMania XXX. 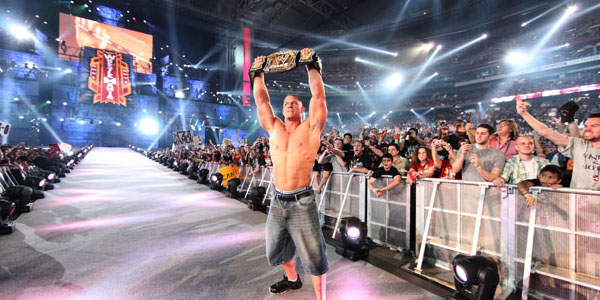 Make no mistake – Bray Wyatt should have gone over John Cena. It was the most bizarre moment of the night and if that WrestleMania was not remembered so fondly for Daniel Bryan’s definitive victory over The Authority, it would be remembered in infamy for the mind-boggling, “cooling off” of Bray Wyatt and the Wyatt Family. This was at a time when the WWE were in desperate need of new stars. Yet, it was a time when new stars were fed to Cena on a yearly basis – just one year later, at WrestleMania 31, a white hot, tank riding Rusev was similarly defeated by Cena. It began the process of disassembling the Wyatt Family which Windham Rotunda had worked so hard to create; the Wyatt Family leader, arguably the best incarnation and most original incarnation of Bray Wyatt, never came close to meeting its potential. The next four years would see constant break-ups and reformations (less hot with each one); the addition-of-and-then-exit of Braun Strowman; Bray in drag portraying Sister Abigail against Finn Balor; Randy Orton‘s destruction of the Wyatt Family compound (and Bray Wyatt himself) and Bray becoming one-half of a comedy team with “Woken” Matt Hardy. Yes, he would capture a WWE Championship in that time, but it is a reign remembered for its abrupt, mind-boggling end at the hands of a Randy Orton, quite simply, did not need the victory so far into his own career.

Windham Rotunda, as a creative genius, really should not have needed to completely re-imagine and redefine the Bray Wyatt character so many times. Yet, as a result of constant start-stop pushes; abrupt ends and wrong match outcomes, he had to keep doing just that in order to stay relevant. In April of 2019, a new, very different version of Bray Wyatt debuted; one in the role of a Blue’s Clues kids’ TV show type host. The “Firefly” Fun House was the most ambitious realigning of the Bray Wyatt character yet and it was a massive success… until it wasn’t anymore.

“Firefly” Fun House, The Fiend and Where It All Went Wrong 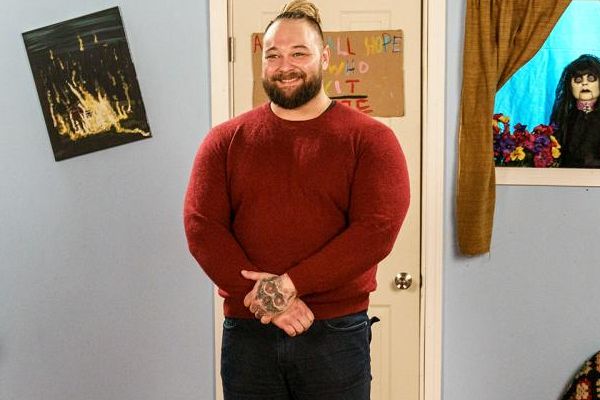 The “Firefly” Fun House was something unlike anything else the WWE had ever shown on its television. After its first segment airing in April of 2019, a large portion of fans cited burial. After all, the last time Bray Wyatt had been seen on WWE TV before debuting this new character, he was a comedy character with Matt Hardy. People took this new Bray Wyatt at face surface – truly believing that he was now a “goofy”, kids’ TV presenter character. Everyone else, however, saw a deeper meaning; this was not a brand new, child friendly Bray Wyatt but something darker and more sinister than anything else the company had shown before. A big part of Wyatt’s role in the feud against Cena was using his cult-like charm to appeal to the children who most largely made up Cena’s fan base. Now, here he was; in a gimmick shamelessly appealing to young children at their level – in their language. As the weeks went by and more episodes were shown, there was a constant reference to “Him” and it soon became evident that a new, demonic Wyatt was soon to debut. 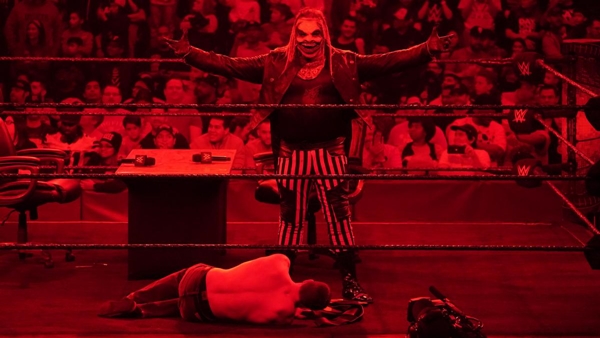 The Fiend debuted against long-time rival, Finn Balor, at SummerSlam 2019 and he notched up a victory in dominant fashion. New, heavier theme music based on his original theme; bad*ss attire straight out of Slipknot and a cool, new entrance featuring that lantern, it became clear that this new character, The Fiend, was going to be a hit among WWE’s more adult fans. Going forward, The Fiend’s matches were not “wrestling matches” but spectacles closer to the horror movie genre than professional wrestling. Who can forget Seth Rollins literally screaming in fear in his Hell in a Cell 2019 match against The Fiend? The matches were, admittedly, quite hokey – but you cannot deny that they were entertaining and made The Fiend feel like the monster Windham was portraying. He would also capture the Universal Championship from Rollins at Crown Jewel – marking Wyatt’s second run as a world champion. Of course, it would soon go wrong as he would drop the title to a then 53 year old Goldberg at WWE Super ShowDown in February of 2020. Once more, a hot Bray Wyatt character had been defeated at its peak by a more than established legend who did not need the victory. This time, however, Wyatt would never recover. 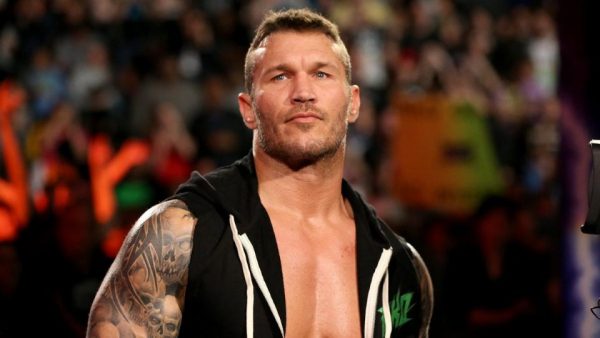 The Fiend would eventually capture a second Universal title from Braun Strowman at SummerSlam 2020, but he would drop it one week later to Roman Reigns at Payback 2020 – a victory which would begin his current reign as champion. Then, Wyatt would be drafted to Monday Night Raw and enter into a feud with the man who was arguably his most fierce rival in Randy Orton. Earlier in the year, at WrestleMania 36, Wyatt had defeated John Cena in a Firefly Fun House match – a match more akin to a David Lynch short series than WWE. Nonetheless, it was entertaining and marked a deserved win for Wyatt; one which, hopefully, would put him onto the right path. This, of course, did not happen as during the feud with Randy Orton, Bray would lose in a trilogy of matches. Whereas he would win the first of the trilogy on Raw, he would suffer two defeats at WWE TLC: Tables, Ladders and Chairs – an inferno match where Fiend was presumably murdered by Orton – and, once more, at WrestleMania 37; in a match where he was distracted by ally-turned-Female-Fiend, Alexa Bliss. We wouldn’t see Bray Wyatt again on TV and barely heard anything about him until this past Saturday, when news broke out on his release from the WWE – over 12 years after his Florida Championship Wrestling (FCW) debut against Tank Mulligan.

One of the Biggest Wastes In Recent Memory 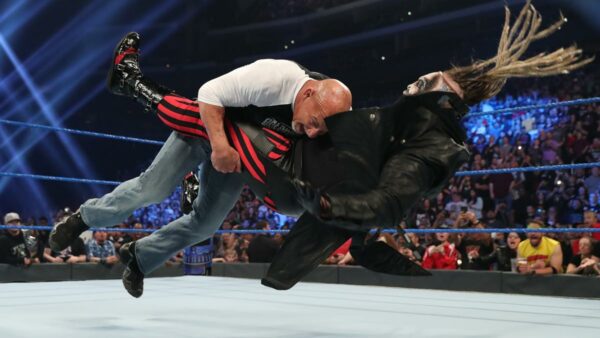 We do not know all of the details about the release and for all we know, it is possible that Windham might have negotiated his own contractual exit to focus on himself and his family for a while. What is certain, however, is that the release signals one of the greatest waste of talent in recent memory. Whereas Windham Rotunda is not an elite tier in-ring worker, he is undoubtedly one of the best at capturing the entertainment aspect of pro wrestling; an aspect which is impossible to learn to his level – you either have it, or you do not. Additionally, Windham’s release signals a potential marketing nightmare as, for years, Bray Wyatt was one of the biggest merchandise movers in the WWE. If you go to WWE’s online store, you will see that Fiend merchandise is abnormally expensive – and it actually sells at those prices, too.

The loss of Windham’s creative mind; the loss of Bray Wyatt, an established WWE original character and the loss of the financial income generated by Wyatt’s resonating with the WWE Universe for so long indicates that there are not too many upsides to this release. 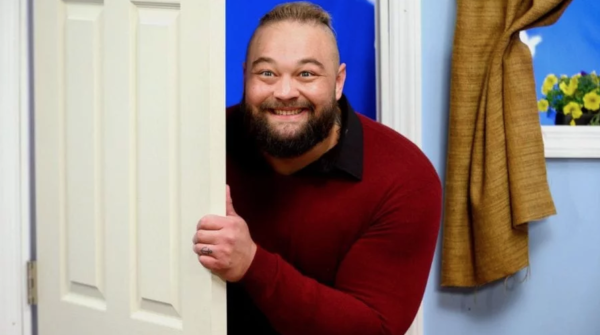 For weeks, there has been speculation that the also recently released, Braun Strowman, has re-signed with the WWE after a few months away from the company. It is entirely possible that Windham does the same when he is well and ready to make a return. However, given the rise of All Elite Wrestling (AEW) and its reputation for allowing its workers far more creative control over their characters, it is a very real possibility that Windham heads there for the creative control and lighter, less physically taxing schedule. Windham Rotunda is still only 34 years of age; he has the whole world in his hands and if, and when, he decides to return to the ring, wherever he goes, he should be given the chance to shine.