This week’s AEW Rankings are now officially live as a ton of movement has happened in the men’s division. Following the Coffin Match between Darby Allin and Ethan Page, the shakeup there was expected. The women’s division also saw some movement while the tag team division remains stagnant. Let’s take a look at the changes.

As we expected, the men’s division in AEW has taken a major overhaul following the Allin-Page Coffin Match last week on night one of Fyter Fest. That has pushed Ethan Page from the rankings and allowed Christian Cage to take a spot for the first time in his AEW career. Cage shockingly jumps to number three overall, hopping over Allin in the process. A win over Matt Hardy last week helped aid his efforts as he looks forward to a potential AEW World Championship match down the line. Orange Cassidy takes a stunning fall down the rankings from number two to five following a week where he did not compete in singles action. Jungle Boy has claimed the second spot in the rankings this week as well. 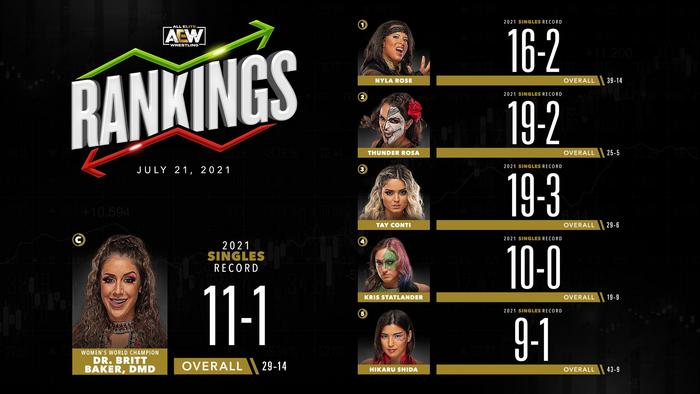 The only change in the women’s division this week is that Thunder Rosa has reclaimed the number two spot after falling to third in recent weeks. The women’s rankings should experience a major shakeup next week as Britt Baker defends the AEW Women’s World Championship against number one contender Nyla Rose at Fyter Fest. 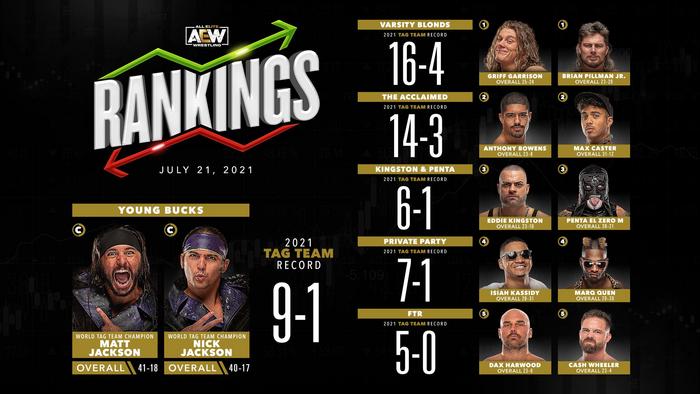 No new changes in the tag team division this week as only Eddie Kingston and Penta El Zero Miedo added a win to their total.