Unless you are tuning into Friday Night SmackDown every week, you might be unaware that King Corbin is no more. Often, when a King ascends to the throne, there are chants of “long live the King!”, as seen in British and other monarchic nation traditions. Well, this King of SmackDown lived for a mere two years – having acquired the crown at the culmination of the revived King of the Ring tournament in 2019. Shinsuke Nakamura, a Kingslayer turned usurper, is the new “One True King” – having unified the realm under his sole rule. Baron Corbin, as seen on last Friday’s SmackDown, is reduced to pauper; unkempt, increasingly disheveled and broken. For all the disinterest the Corbin character has garnered over the years, this might just be his most interesting character development yet.

One of the most interesting arcs in the WWE currently

If you had told us months ago that Baron Corbin would be one of the most interesting things in the WWE in mid-2021, we would have questioned your taste in performer. However, Baron Corbin is, in fact, one of the most interesting things in the company right now. The feud with Shinsuke Nakamura has done a great job in re-elevating Nakamura to something resembling the highs his talent demands – he now, for the first time in a long time, looks like a legitimate threat who might soon feud with Roman Reigns for the WWE Universal Championship. Baron Corbin, meanwhile, has lost at almost every turn – breaking his character down entirely and leaving plenty of room to rebuild something new. Additionally, and most importantly, there is actually some fan interest in Corbin’s rebirth, which might just help him enormously in the long run. It is rare that he garners such inquiring eyes but he appears to be on the right track with his current development. 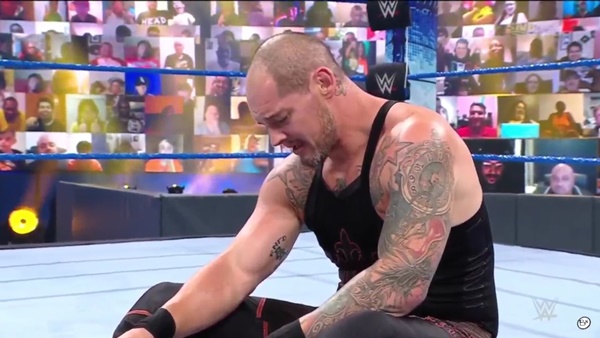 The act of compassion is an essential component of basic human nature. Love him or hate him, it is hard not to feel compassion for the current Baron Corbin – looking bereft of confidence as he stumbles down the ramp, to face another certain defeat to the man who stripped away his world. Nakamura, with the assistance of Rick Boogs, has taken everything away. Not only his crown and loyal subjects looking for a King to serve, but his car and even his livelihood. Strapped for cash, he even had to sell his fancy Rolex watch to Dolph Ziggler for cheap. The constant tormenting of Corbin leaves the viewer questioning who is really the heel in this feud. Nakamura’s treatment of Corbin is, essentially, the joke that has gone too far.

His receding hair has grown out, along with his graying beard; creating the desired effect of a tired, aging man with nothing left to lose. The announcer, adding insult to injury, initially announced his name as “KING Corbin” only to stumble, apologize to the virtual fans in attendance and the audience at home, and correct himself with “BARON Corbin”. The announcers on commentary, too, have begun to point out the changes in this new, never before seen version of Baron Corbin – Pat McAfee, in particular, sounding increasingly concerned for the well-being of his friend. The Emperor has discovered that without the crown, he is truly naked and unfortunately for him, the stage is set for everybody to see his shame and embarrassment.

Where is it leading? 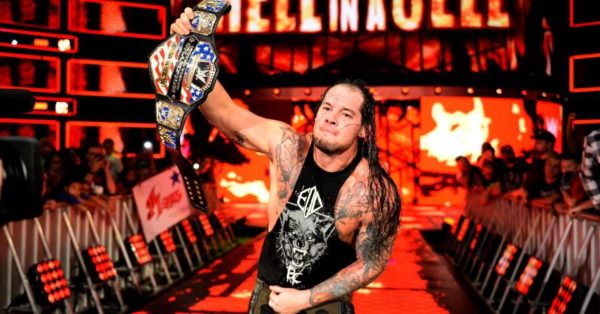 Again, this is the most interesting character development the Baron Corbin character has encountered in the WWE. He has had a few different character directions, too; having initially debuted as the brash, “Lone Wolf” character, only to eventually become “Authority Figure Corbin” (remember the stupid shirt?) and finally becoming King Corbin. Broken Corbin is different – it is a completely different direction for a character who, despite varied versions, has always maintained certain core traits; over-confidence, arrogance, anti-audience and a forever heel who has never once come close to a face turn. Potentially, this could be the beginning of a babyface turn for Corbin and for many, this is a version which would never work. After all, how can anyone root for someone who has consistently been such a despicable character and, presumably, is difficult to root for in real life, too? Well, maybe this is about to change.

But maybe not. Perhaps this is all a ruse and, perhaps, this is the beginnings of a new heel character for Corbin. One built out of hate for those who mocked him during his lowest of lows; one risen from the embers of his former self. It could even be a return to the “Lone Wolf” character – the original character which Corbin lost sight of long ago. After all, going from Lone Wolf to King of unquestioning subjects is quite the turn and maybe, now, he will realize that the crown was a facade; that the people he ruled over did not love him and that, ultimately, he was most successful when working alone. There are many points to consider in this interesting Corbin development and whereas it might not (yet) be something to be overly excited about, it is definitely one worth tuning in for.