Ever since hip-hop and rap took over the radio waves in the 1980s, professional wrestling has sought to include its culture into its pantheon. In 1991, PN News debuted in WCW (his name a take on popular group PM Dawn), while in the United States Wrestling Association (USWA), Jamie Dundee turned on his dad (USWA/Memphis legend Bill Dundee) to become JC Ice, a young rapper. JC Ice would eventually form the duo PG-13 with Wolfie D and head to the WWF where they were the rappers who led the original incarnation of Nation of Domination to the ring. They would also have stints in ECW and WCW. In 1993, WWF debuted Men on a Mission (M.O.M.) featuring Mo and Mabel (later Viscera), with a rapping manager named Oscar leading their charge. Over the years, more wrestlers came in with rapper gimmicks, like K-Krush/K-Kwik (better known as R-Truth), through to John Cena‘s Doctor of Thuganomics. Even TNA/IMPACT Wrestling got in on the action with 3Live Kru, a rap trio that featured Ron (R-Truth) Killings, Konnan, and BG James (WWE’s Road Dogg). Rappers even endorsed pro wrestlers – in 1999, WCW revealed the No Limit Soldiers, a Master P-led stable that featured Konnan, Rey Mysterio Jr., BA (Brad Armstrong), and others. But outside of No Limits Soldiers, pro wrestling never fully seemed to properly portray the hip-hop culture (at least on a national TV level). But this month, NXT moved a step in the right direction with the revelation of “Swerve” Isaiah Scott‘s new stable, Hit Row Records, making its debut and immediately making a statement. 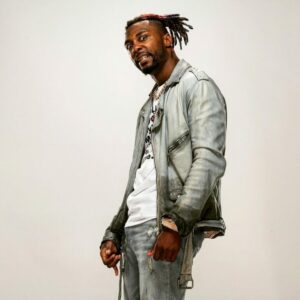 Long before he joined the WWE Universe in 2019, Isaiah “Swerve” Scott had built himself an impressive pedigree in the independents as Shane Strickland. A Major League Wrestling (MLW) World Heavyweight Champion, EVOLVE Champion, 2x DEFY Wrestling Champion, PCW ULTRA Light Heavyweight Champion, and 2x Combat Zone Wrestling (CZW) Wired Champion, he was also a regular on Lucha Underground under the name Killshot, where he won the Lucha Underground Trios titles with AR Fox and Matt Cross (Son of Havoc). But since arriving in NXT, Scott has fallen short on the gold acquisitions. Sure, he’s had some great matches and some great opportunities – he’s fought for both the NXT North American and NXT Cruiserweight titles to no avail – but something was missing. That “something” was the unabashed confidence and swagger he showed as Shane Strickland, and now with the right team behind him to encourage his return to his roots, Scott is now at his most dangerous. 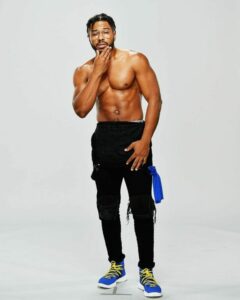 The member of Hit Row Records with the next most experience is Ashante Thee Adonis. He began his wrestling career in 2018, training with Maryland Championship Wrestling (MCW Pro) in Baltimore, where he soon caught the eye of Ring of Honor. Under the name Elijah King, he started working ROH dark matches later that same year. By mid-2019, it was WWE who finally signed the young grappler, and he began to work in NXT under the name Tehuti Miles, making his TV debut in March of 2020 in a loss to Killian Dain. By May, he became a regular on 205 Live, and in September of 2020, he underwent his name and attitude change, becoming Ashante Thee Adonis. He was just beginning to build momentum on WWE’s purple brand when he jumped back to the black-and-gold brand a few weeks back to sign up with Swerve’s Hit Row Records, where he formed one-half of the group’s tag team with Top Dolla. 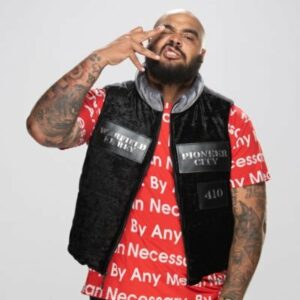 If Top Dolla, the muscle of the foursome, looks familiar, it’s because he’s a former NFL player, better known as AJ Francis. A college football player with Maryland, he was signed by the Miami Dolphins in 2013, and over the years was a member of various NFL teams (mostly practice squad) such as New England Patriots, Seattle Seahawks, Tampa Bay Buccaneers, Washington Football Team, and New York Giants. Following his last release in 2018, it became apparent that professional football was not his destiny. So, like many former football players who lost out on one dream, a new one opened, and that was to enter the world of professional wrestling. He was trained in Florida with The Dudley Boyz‘ 3-D Academy and soon began working local Florida indie promotions until WWE caught wind and signed him in early 2020. A few months later, he appeared at WrestleMania 35 with Mojo Rawley and Rob Gronkowski. In April, he found a role on WWE’s new A&E show, WWE’s Most Wanted Treasures, alongside Triple H and Stephanie McMahon, but he was soon back in the ring, becoming the hoss for Hit Row Records. 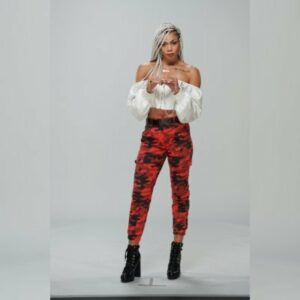 Don’t think that B-FAB is just there to be a token woman in the stable – she just might be the deadliest. A high school athlete, she went on to become involved in CrossFit, was a boxing coach, and is trained in ninjutsu. B-FAB – formerly known as Briana Brandy – actually has the group’s closest ties to the hip-hop community. She has performed with the likes of Soulja Boy, Jadakiss, Ying Yang Twins, Too $hort, and others. She had a WWE tryout in 2017 and in late 2019, she officially signed with the company, where she’s been training ever since. Now that she’s on the NXT roster, don’t expect her to sit back while the men collect all the gold.