What a waste. The team of Shelton Benjamin and Cedric Alexander is no more. We all saw this coming, of course; almost two months ago, the team was unceremoniously booted from The Hurt Business by WWE Champion, Bobby Lashley. Since the formation of the team last August, Alexander and Benjamin became a pivotal part of a tag team division desperately requiring their talents. In December, the duo – who by this point had become the tag team of the increasingly popular Hurt Business – captured the RAW Tag Team titles from The New Day (Kofi Kingston and Xavier Woods). The team was riding high in the hottest faction in the WWE.

Downward Spiral to Break Up of The Hurt Business

So what happened? How did a team receiving such recognition as a breath of fresh air in a stale-smelling room of a show like Monday Night RAW fall so fast? When Bobby Lashley became WWE Champion after beating The Miz on March 1, there was plenty of positive buzz surrounding a man who is supposed to be RAW’s top heel. Despite this, the booking of the faction, the involvement of the awesome MVP, and the likability of Benjamin and Alexander were turning Lashley babyface. This could not stand, given the investment in Drew McIntyre as RAW’s top face. It is mere speculation to assume the The Hurt Business was broken up to get some heel heat on Lashley, but that is how it appears. 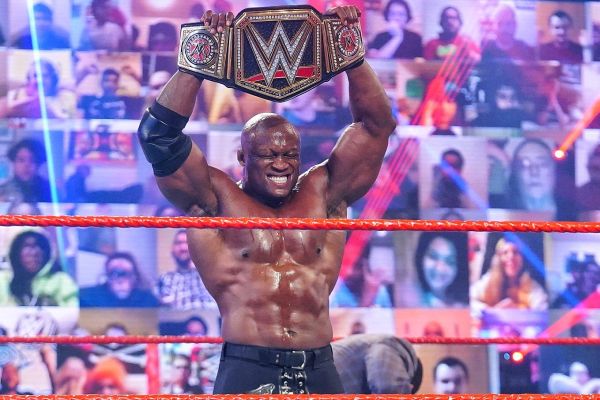 The writing had been on the wall for a while. Since their forced departure from The Hurt Business, Benjamin and Alexander have lost every single match. Drew McIntyre beat them on his own; then the Viking Raiders (Erik and Ivar) beat them in consecutive weeks. The newly-formed RKBro (Randy Orton and Riddle) beat them last week and then The Lucha House Party (Gran Metalik and Lince Dorado) beat them last night, leading to Cedric announcing his desire to break from Benjamin. It has been a rapid fall all the way to the bottom of the RAW tag team totem pole. It looks as though Cedric Alexander will be pushed as a singles competitor and will likely defeat his former partner in the coming weeks; to close the chapter on the Hurt Business section of their careers. This is somewhat welcome, as Cedric is an immensely talented competitor worthy of a proper singles push. However, they were stronger together and one worries for the future of both men within a company with a track record of failing to appreciate their talents as singles and now as tag team competitors. Let’s hope it was worth it because The Hurt Business was a great thing; ended prematurely and for unnecessary reasons.