On Sunday night at IMPACT Rebellion, the IMPACT Wrestling World Champion Rich Swann goes one on one with the All Elite Wrestling (AEW) World Champion Kenny Omega in a title vs title match of historic proportions. In wrestling’s storied 100+ year history, major promotions putting their titles on the line against others is a rarity. While it happens often on the independent circuit, major North American promotions are very wary of doing such a stunt. In fact, while it was 13 years ago that the last major title vs title happened, and that was ROH World Champion Nigel McGuinness facing NWA World’s Heavyweight Champion Adam Pearce in 2008. If that doesn’t feel so major, you’re probably right. At the time, ROH was still an independent and the NWA was a smattering of indie promotions, far removed from the national presence it was for decades. Before that, it was during the 1970s and 1980s, when you were given match-ups between NWA vs AWA, NWA vs WWF, NWA vs All Japan, WWF vs NJPW, and more. With the new “Forbidden Door” now kicked wide open, Omega vs. Swann is a historical match-up regardless of its outcome.

While there have been some crazy unification matches or cross-brand match-ups, such as WWE vs WCW or ECW in the early 2000s, many of them were the result of one promotion actually owning both brands. WWE owned both WWE and WCW when they unified the titles in 2001 with Chris Jericho. But when two separately owned promotions agree to a true showcase of Champions, that is something truly special. Here’s a look at some of the cross-promotional World Champion battles throughout history between two opposing ownerships of said promotions, 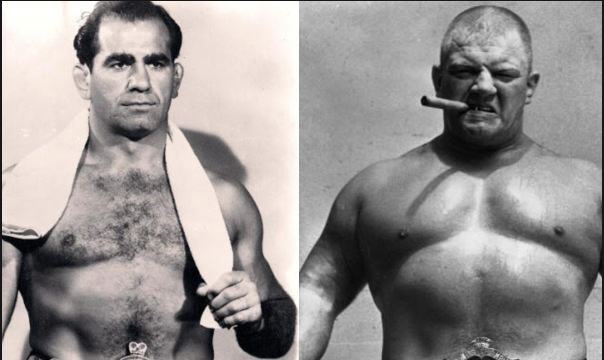 Lou Thesz was a National Wrestling Alliance (NWA) icon and one of its greatest World Champions. But the World Wrestling Association (WWA) had seceded from the NWA in 1964 and become one of the original outlaw territories in the United States. Thesz and WWA World Champion Dick The Bruiser had been fighting over the gold since 1958, but it was always on the NWA’s terms. But on July 17, 1965, in Indianapolis, Indiana (WWA’s home city), WWA World Champion Dick The Bruiser challenged Thesz in a World title vs title match. In front of 9,000 people at the Victory Field baseball stadium, the two fought to a double count-out in a match that showed that Thesz’s technical strategies were on par with The Bruiser’s power game. They won one round each (World title matches were usually done in Best 2-out-of-3 matches) and the last round ended in double count-out, ensuring both men returned to their promotions justified in being World Champion. 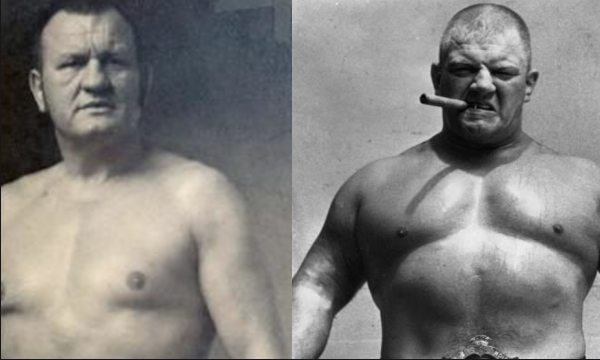 WWA’s World Champion Dick The Bruiser returned to face the Ten Pounds of Gold champion a year later, but it wasn’t Lou Thesz anymore. In 1966, it was Canadian tough guy Gene Kiniski, a former tag partner of The Bruiser since 1960. Kiniski had defeated The Bruiser for the WWA World title in August of 1965, before losing it back to Dick that December, 126-days later. He returned to face his mentor in August of 1966, now the NWA World’s Heavyweight Champion, and after splitting the first two rounds, ended the match in a time limit draw. 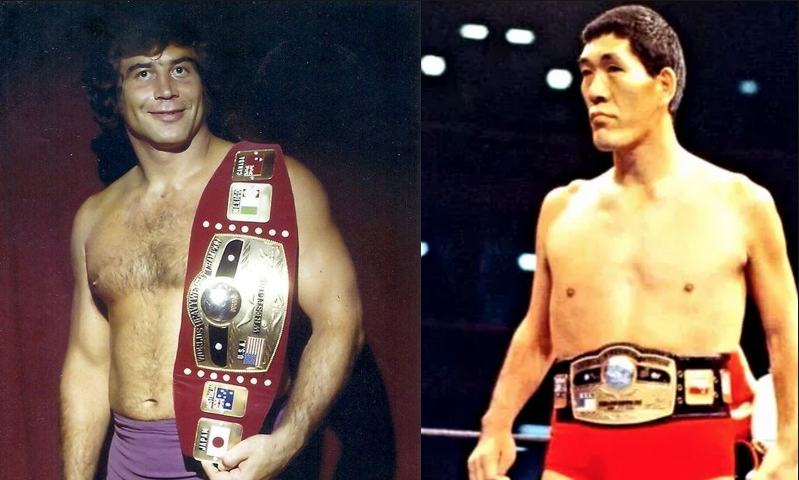 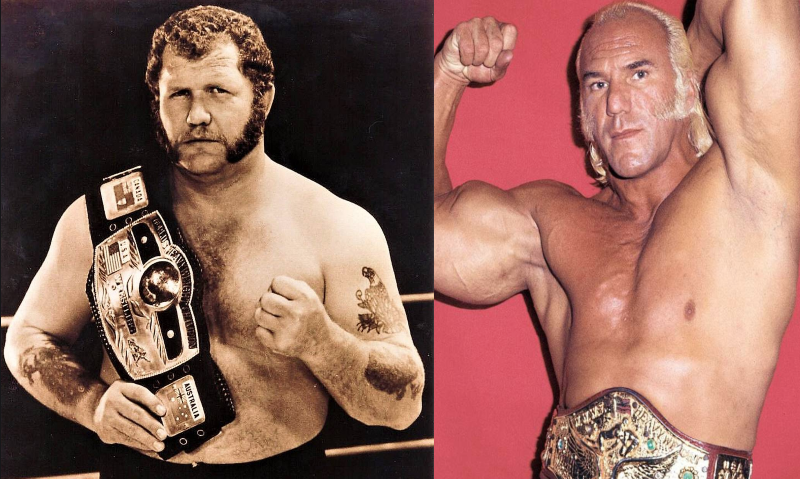 The first clash between the NWA and World Wide Wrestling Federation (WWWF) didn’t happen in 2001 between WWF and WCW, it actually happened in the late 1970s. WWWF had formed initially as an outlaw promotion that left the NWA in 1963, but by 1971, they had returned under the NWA banner. In 1978, the NWA Worlds Heavyweight Champion Harley Race finally became the first NWA challenger to the WWWF title when WWWF Heavyweight Champion “Superstar” Billy Graham (who had feuded with Race in NWA’s St. Louis territory a year prior) arrived at the NWA SuperBowl of Wrestling in Miami, Florida on January 25, 1978, to put the titles on the line. Like the past few title vs title matches, this one also ended in a time limit draw, but it marked the first time a McMahon went head to head against the NWA’s World Champion. 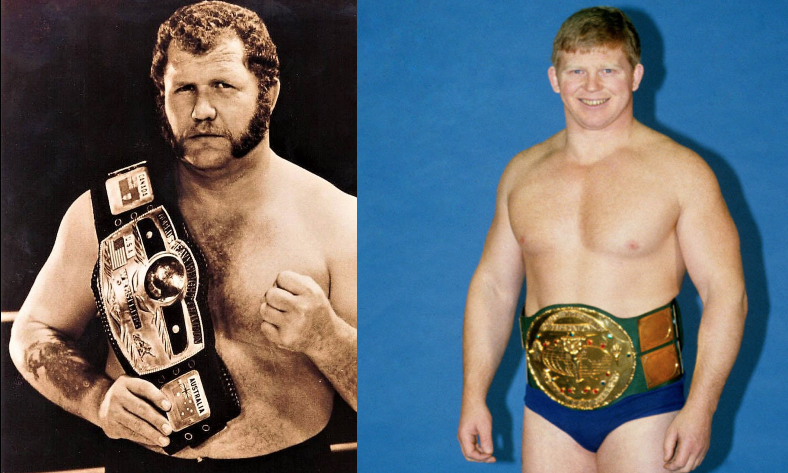 The NWA and WWWF once again tangled for world supremacy in 1978, but this time it was NWA Worlds Champion Harley Race against WWWF’s Bob Backlund, at a WWWF/NWA Title Unification match at Championship Wrestling From Florida in Jacksonville, Florida on February 23, 1978. Backlund and Race had a history in the NWA as far back as 1975, and now both were the top champions in their territories. The first match ended again in a time limit draw, and the two would feud over the two titles until 1980, with neither securing a decisive win to unify the titles. 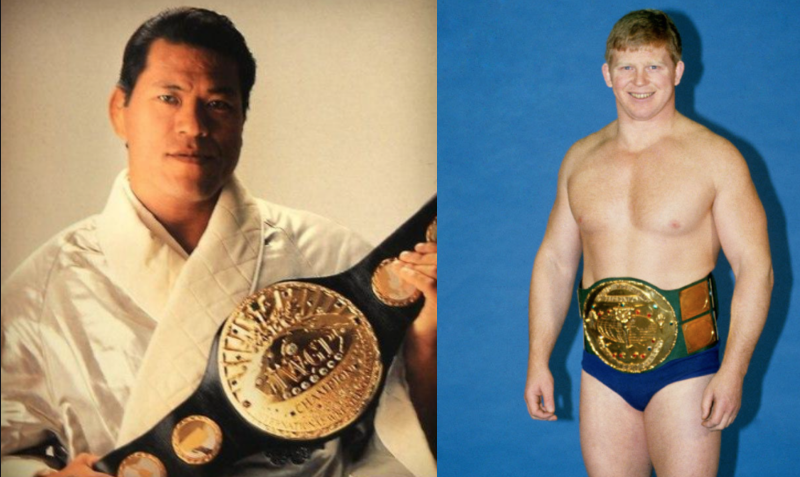 By the late 1970s, it was the WWWF who had forged an alliance with NJPW, while most of the rest of the NWA was working with Giant Baba’s AJPW. Much like how AJPW had taken the PWF Heavyweight title as its top title, for a decade, NJPW used the National Wrestling Federation (NWF) Heavyweight title as its own top singles belt. In June of 1978, NWF Heavyweight Champion Antonio Inoki fought WWWF Heavyweight Champion Bob Backlund to a time limit draw in Tokyo, Japan, and the two would feud for years to come. In May of 1981, the two would once again put their belts on the line, in a match at Mexico’s Universal Wrestling Association (UWA), again a time limit draw. 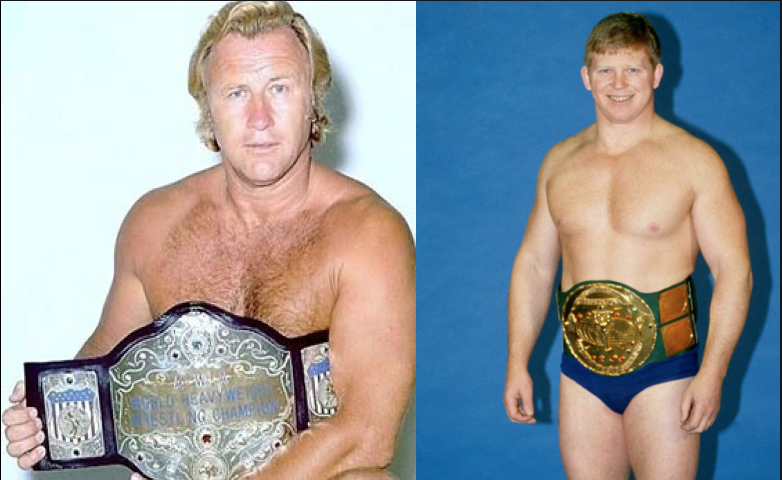 In 1979, Bob Backlund had already retained his WWWF title against the top stars from NWA and NJPW, and on March 25, 1979, in Toronto, Ontario, Canada with NWA Maple Leaf Wrestling, Backlund put his WWWF title on the line against American Wrestling Association (AWA) World Heavyweight Champion Nick Bockwinkel. In a strange union between three promotions, once again the titles failed to unify as it went to a double count-out. 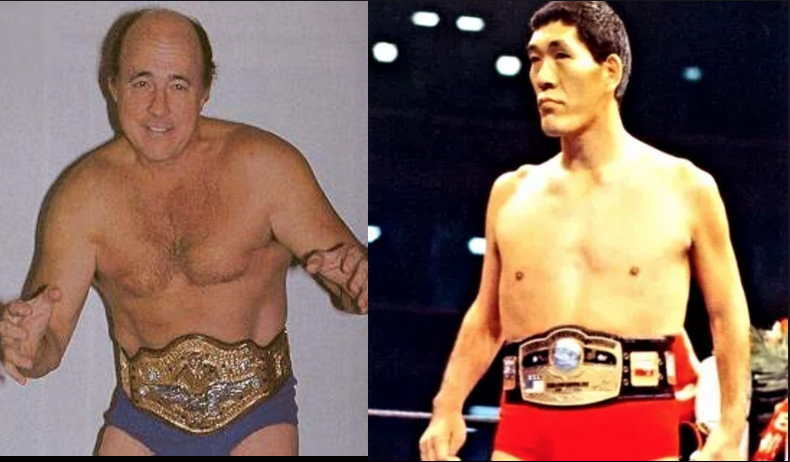 Verne Gagne had traveled to Japan many times in his illustrious career, but his first time putting his AWA World title on the line in a title vs title match came in 1981, when he faced AJPW’s Giant Baba with the PWF title on the line as well. On January 18, 1981, at Korakuen Hall in Tokyo, Japan, the two champs fought to a time limit draw. 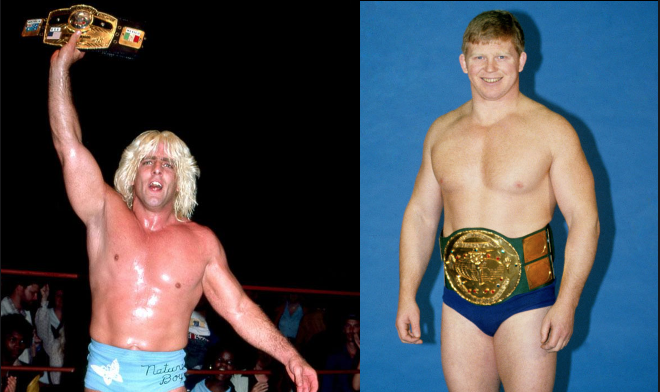 The final NWA vs WWF championship match was held on the fourth of July in 1982, when NWA World’s Heavyweight Champion Ric Flair faced WWF Champion Bob Backlund in Georgia Championship Wrestling (GCW) at the Omni in Atlanta, Georgia. The result was a double count-out, but it would be the last time that an NWA World Champion would face one of WWE’s until WWE purchased WCW in early 2001. 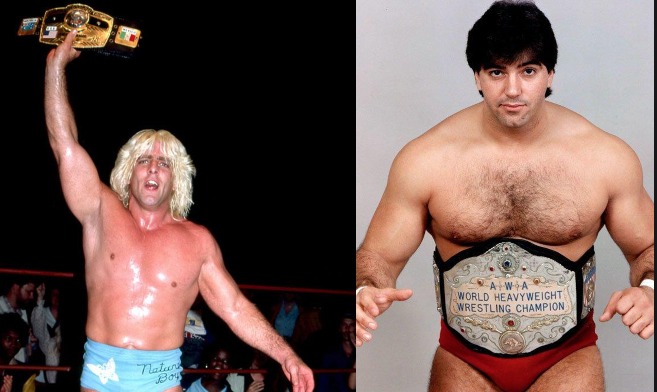 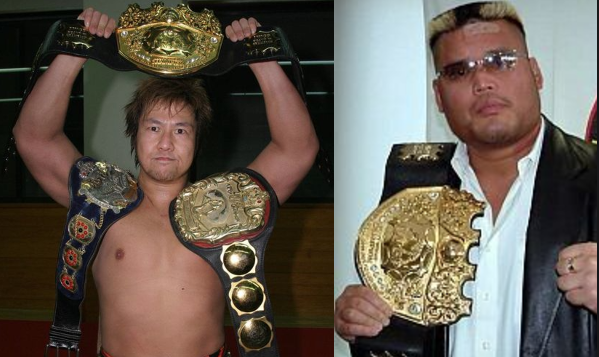