On March 21st, New Japan Pro Wrestling held the finals of the New Japan Cup.  This event was newsworthy not just because of Will Ospreay winning the tournament but we also because of the return of popular junior heavyweight YOH, who has been out with injury since July 2020.  Let’s dive a little deeper into the news.

In July 2020, YOH was struck down with a torn ACL. This put a stop to Roppongi 3K’s reign as IWGP Jr. Heavyweight Tag Team Champions and left SHO to go it alone in the junior heavyweight division for a year. On this show, YOH returned and announced that he will be back to the ring at Sakura Genesis on April 4th.  YOH also stated that he and SHO want the titles they never lost so it seems they will take on El Desperado and Yoshinobu Kanemaru in YOH’s return match. 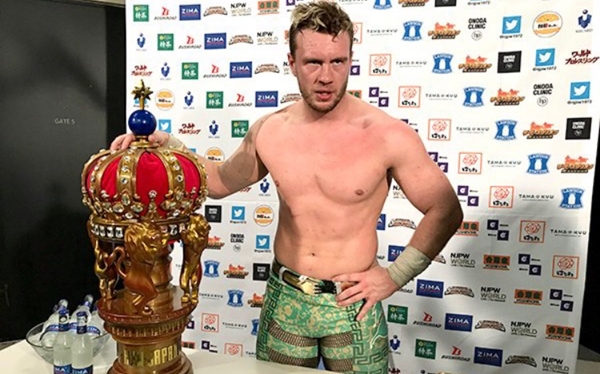 Will Ospreay once again defeated Shingo Takagi in the final of the New Japan Cup. After a grueling 30 minute war, Ospreay emerged as the winner.  Ospreay winning always seemed like a solid choice as he has been in the midst of a push ever since turning on Kazuchika Okada in the G1. A New Japan Cup win and high-profile IWGP World Heavyweight Championship match is another step in his elevation.

What came after the match left fans confused. During the post-match staredown with Kota Ibushi, Ospreay hit an OsCutter on his girlfriend Bea Priestley with no provocation.  He did this seemingly to show Ibushi how ruthless he is. The Empire is presumably now moving on without Priestley and Ospreay’s character looks more messed up with each passing match.