All Elite Wrestling is currently running a women’s tournament to crown a number one contender for the AEW Women’s World Champion Hikaru Shida.  While the USA side of the bracket kicked off on last week’s AEW Dynamite the Japanese side will be fought on YouTube this Monday.  Let’s take a look at the lineup for the first round of Japan bracket action.

The first rounds of the Japan bracket kick off Monday, Feb 15th as @YukaSakazaki takes on @Mei_gtmv!
Which wrestler will advance to the semifinals?
WATCH via our Official YouTube Channel ➡️ https://t.co/ORePd797wl pic.twitter.com/fFNaycuhVD

Two very similar wrestlers will clash in the first round of the tournament.  Both Sakazaki and Suruga are energetic high flyers who have endeared themselves to their home promotions audience.  For Sakazaki that is Tokyo Joshi Pro Wrestling, for Suruga that is Gatoh Move.  While AEW fans have seen Sakazaki in action before this is their first time seeing Mei Suruga.  With all eyes on her Suruga will no doubt deliver a stellar performance here. 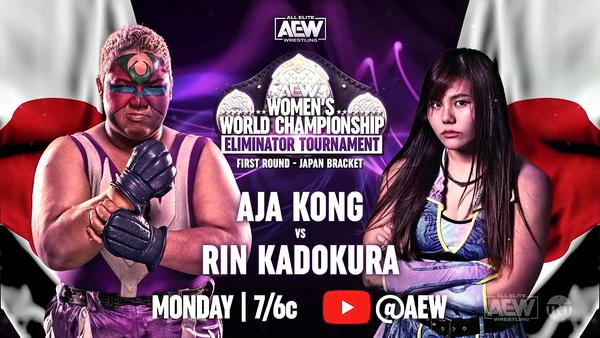 Joshi legend Aja Kong steps into the ring with WAVE tag team champion Rin Kadokura.  Kadokura of Marvelous will have a tough time putting away the legendary performer as Kong has only tasted defeat in singles competitions three times in the last three years.  While Kadokura is talented and has proven herself time and again she is going to have a hard time putting away a bona fide legend like Kong.  Keep an eye on this one though as it could be match of the night if all goes well 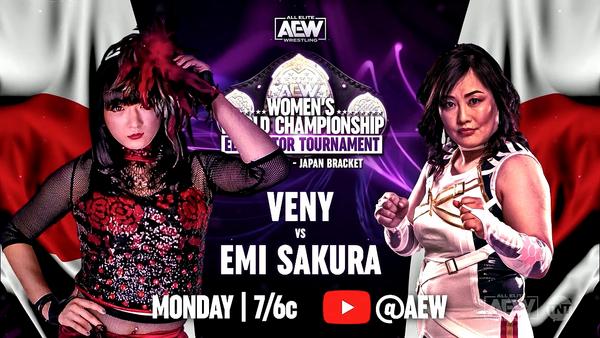 Gatoh Move founder and long-time veteran Emi Sakura takes on the prodigious Veny in a first time ever matchup.  The two will actually team up on an upcoming Gatoh Move event.  Sakura is a name that AEW fans should know by now as she has competed for the women’s championship on pay-per-view.  Veny on the other hand comes in as a relative unknown, Veny is just 22-years-old but is an absolute prodigy of pro wrestling.  She has the ability to deliver great matches no matter the opponent but also has a very visible charisma that earmarks her as a star.  The winner of this one may just be a finalist in the making. 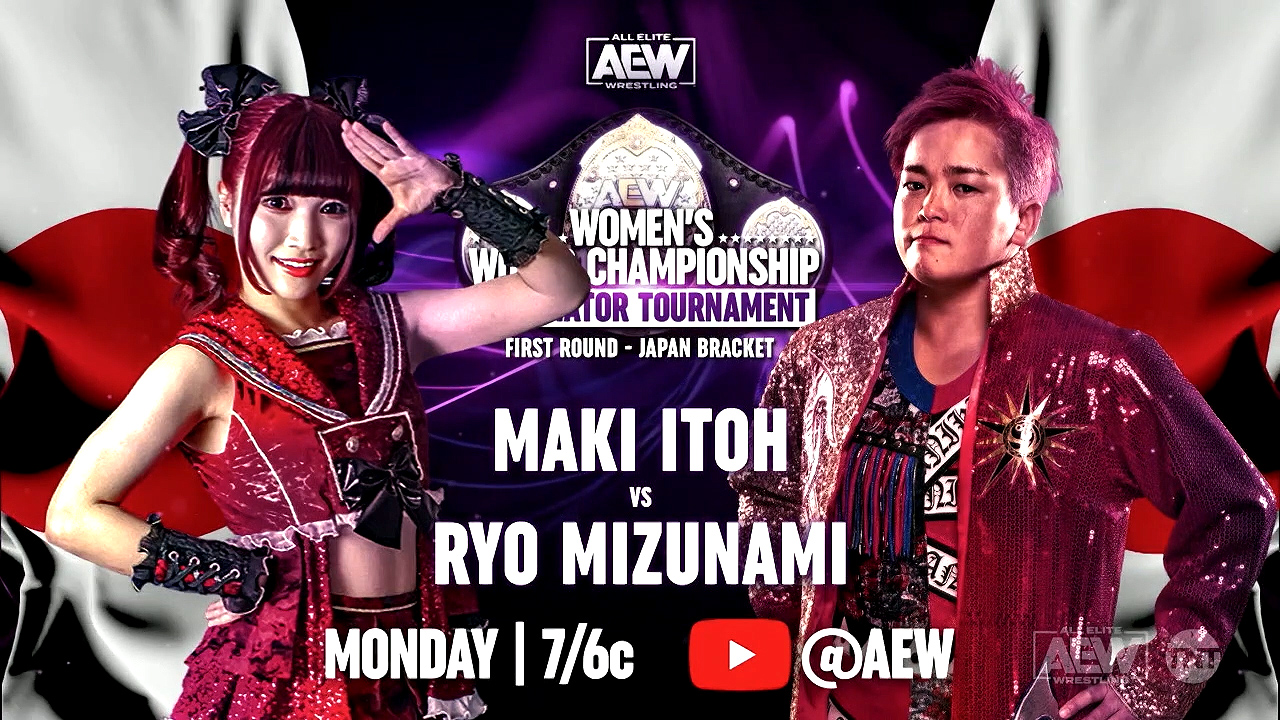 90% of Maki Itoh fans are about to see her wrestle for the first time as she takes on Ryo “Aniki” Mizunami in an interesting clash.  Mizunami is a veteran, having debuted all the way back in 2005 for GAEA Japan, she is an energetic and charismatic performer with a hard-hitting style that is entertaining to watch.  This hard-hitting style meets the hardest head in wrestling as Maki Itoh aims to upset the veteran.  Itoh has recently been doing some of the best work of her career in Tokyo Joshi Pro Wrestling as she has moved beyond just being the girl with the hard head.  The winner of this one is absolutely up in the air as Itoh goes in as the fan-favorite to win the tournament but Mizunami has been in AEW before and has been a free agent since leaving Pro Wrestling WAVE in 2019.  Mizunami seems more likely to get the win and possibly win the whole tournament as she isn’t tied down to any one company like Itoh is.

Make sure to check out the first round of the Japan bracket on AEW’s YouTube channel this Monday at 7 pm/ 6pm central.