The Pioneers is an on-going series looking at some of the earliest pioneers of professional wrestling as we know it, from the wrestlers to promoters to trainers who helped shape professional wrestling around the world. This installment looks at the lengthy career of Jamaican pro wrestler Dory Dixon, whose love for Mexico translated into a 30-year career in Lucha Libre. 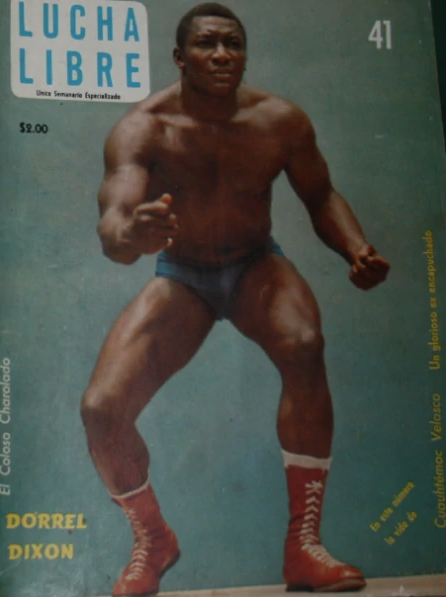 Dorrel “Dory” Dixon was born in British Jamaica in 1935 (Jamaica would gain independence from the British Empire in 1962) and by the early 1950s had become a competitive bodybuilder. His hard work paid off in 1954, when he was selected to join the Jamaican weightlifting team for the 1954 Central America & Caribbean Games, held that year in Mexico City. Despite not knowing a word of Spanish, Dixon fell in love with Mexico, its people and its culture, and chose to remain in Mexico when his team departed back home. He soon found work, at only 18 years old, as a Physical Education teacher at a local high school, where he set about his new life in his new adoptive homeland. Less than a year later, in 1955, he was spotted by Salvador Lutteroth, who was impressed with the young man’s physique and charisma. Lutteroth was a big deal in Mexico – in 1933, he had organized Mexico’s first national wrestling promotion, Empresa Mexicana de Lucha Libre (EMLL), and by the 1950s he was the undisputed Grandfather of Lucha Libre. After some persuading, Lutteroth convinced the 5’9″, 210 lb. Dixon to become a professional wrestler and he was sent to Arena Mexico to train under Rafael Salamanca. 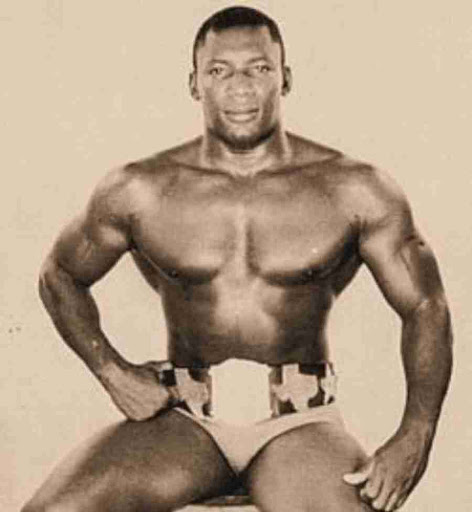 Dory Dixon made his EMLL debut in 1955 and soon became one of Lutteroth’s top new stars. In 1956, just two years into his career, he faced Lucha’s biggest star, El Santo, in Arena Mexico, and for much of the next decade, he was a frequent tag team ally of Blue Demon. In 1953, just prior to Lutteroth discovering Dixon, EMLL has joined the National Wrestling Alliance (NWA) as the organization’s Mexico territory, and in 1958, the NWA signed over the NWA World Light Heavyweight Championship to EMLL for booking rights. The title had originally been created in 1952, with Gypsy Joe winning the inaugural title, but after it was stripped from Frank Stojack after a long period of inactivity in 1957, the title had become dormant. On February 13, 1958, Dorry Dixon defeated Al Kashley to become the third-ever champion, which he held for 575 days before losing it to the lucha legend Ray Mendoza in September 1959. Now a former World Champion, Dixon had become one of Mexico’s top stars. But the tease of American glory would prove to be too strong (for a bit at least). 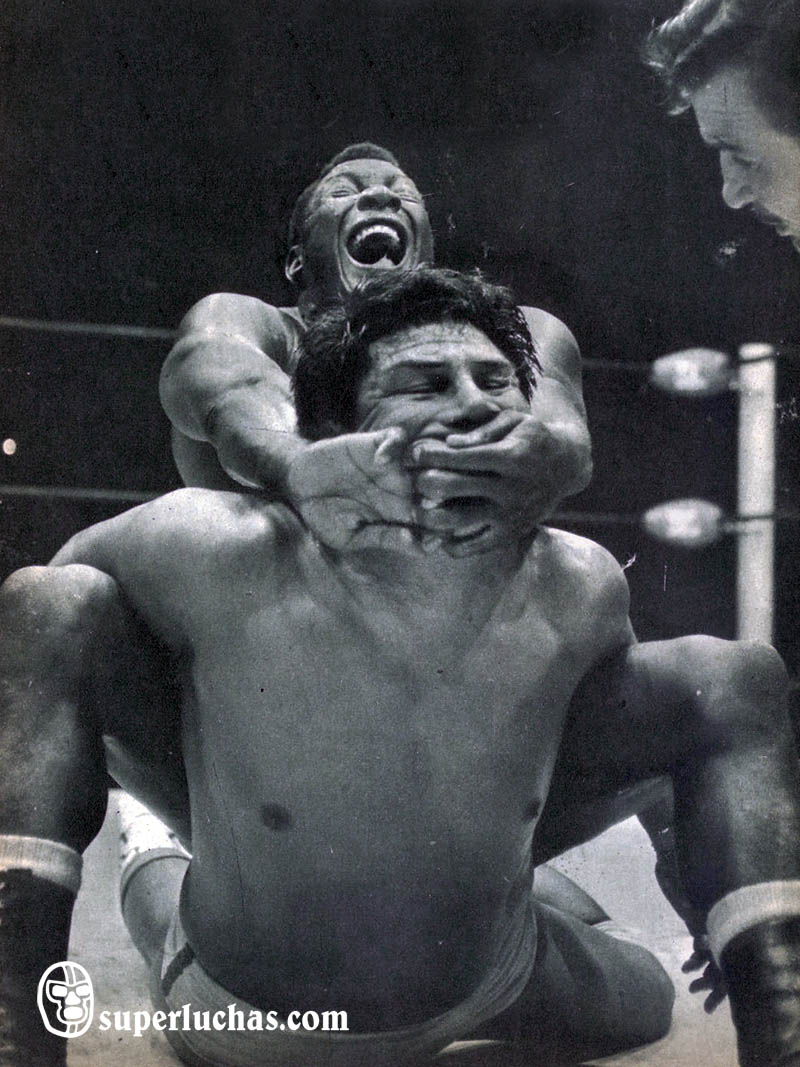 In December of 1960, Dixon finally headed to the United States to test the waters of the NWA territories north of the border, leaving EMLL for Dallas, Texas’ Southwest Sports, run by Ed McLemore (in 1966, McLemore would sell the territory to one of its stars, Fritz Von Erich, and become NWA Big Time Wrestling, but it’s better remembered as World Class Championship Wrestling (WCCW), (Von Erich’s rebranding in 1982). It didn’t take long for Dixon to make an impact in Texas – in his second match in the new territory, on December 6, 1960, he defeated Haru Sasaki to become the new NWA Texas Junior Heavyweight Champion. He would become an instant star for the Texas area, and in the next few months would win the Tag Team titles twice, and in July of 1961, he won the NWA Texas Heavyweight Championship. He was even considered a contender for the NWA World’s Heavyweight Championship – twice in January he faced NWA World Champion Pat O’Connor in a title bout and neither ended decisively – the first in Houston on January 20, 1961, ended in a double count-out, while the return match in Dallas on January 31 at the legendary Sportatorium ended up in a time limit draw. He had seemingly conquered one of the NWA’s top territories in only a matter of months. 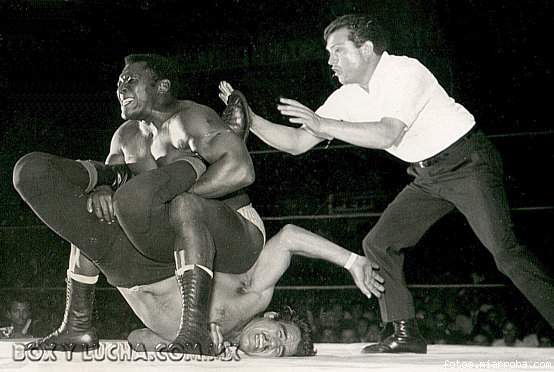 On July 21, 1961, just days after capturing the NWA Texas Heavyweight Championship, he would get yet another NWA World’s title match, this time against the new World Champion, “Nature Boy” Buddy Rogers. While ultimately Rogers would flat out beat Dixon in this title match, Rogers was impressed with Dixon’s skills and decided to help this young grappler in the Northern territories, where Rogers himself was more based. In the summer of 1962, he debuted in the NWA Pacific Northwest territory during summer, but by the fall, he had been signed on to work for Rogers’ home promotion, Capitol Wrestling, which had secured New York City and the Northeastern territory for the NWA. Dixon was now in one of the United States’ most affluent territories. He debuted in October of that year and on November 11, 1962, he once again challenged Buddy Rogers for the NWA World’s Heavyweight Championship, this time in Madison Square Garden in New York City.

After his second failed attempt to capture the NWA World title from Rogers, Capitol Wrestling’s Vince McMahon Sr. decided to pair Dory Dixon up with a rising African-American star who was starting to gain national traction in Bobo Brazil. Both men were incredibly charismatic and their athletic prowess played off each other to create one of the most exciting tag teams on Capitol Wrestling’s roster. The tandem debuted on November 20, 1962, picking up a victory over the villainous Sicilians tag team that featured Lou Albano & Tony Altimore. While Brazil was Dixon’s primary tag team partner, Dixon was used just as much as a singles competitor, and often teamed with new stars entering the territory – in early 1963, he teamed with a young Pedro Morales. On January 24, 1963, Rogers lost his NWA World title to Lou Thesz, in a hotly contested matchup – many promoters were unhappy with Rogers losing the title, and Vince McMahon Sr. was one of them. McMahon refused to acknowledge Rogers’ loss and continued to bill him as the true World Champion – Dixon would have two more World title fights against Rogers in Capitol Wrestling, including another one at Madison Square Garden on February 25, 1963. When Capitol Sports seceded from the NWA in April of 1963 to become the World Wide Wrestling Federation (WWWF), Rogers’ World title was rebranded the WWWF World Heavyweight Championship. Dixon remained loyal to the McMahon family and remained with them. Sadly, his popular feud against Rogers would come to an end shortly after – Rogers’ health issues had forced him to drop his title only 22-days after it had been created and it went to popular Italian immigrant wrestler Bruno Sammartino. With a face now holding the World title, it ended Dixon’s world title opportunities, as he was also one of the top faces of the company. But he remained tagging with Bobo Brazil, and the duo competed for the likes of the WWWF United States Tag Team titles (WWWF didn’t create a World Tag Team title until 1971). 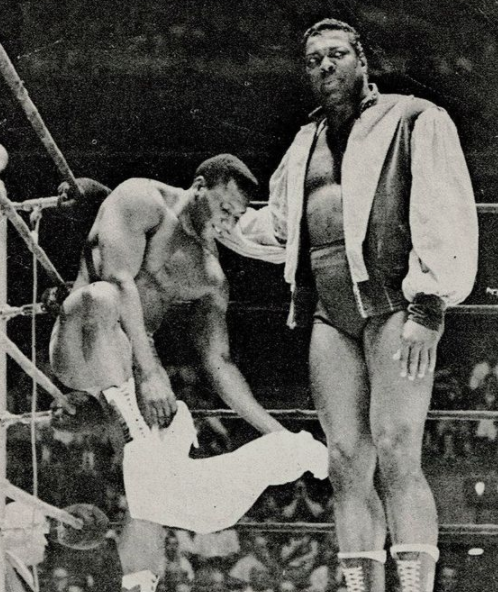 Sadly, we’ll never know just how a big a star Dory Dixon would have become in the United States, especially since the WWWF was on the verge of becoming one of the top promotions in the world. But not sadly for Dixon, it was because of true love. Years prior, when he was still an 18-year old in Mexico, he had fallen in love with a young Mexican woman named Virginia. While they dated briefly, in order to gain the proper paperwork to remain in Mexico, he was forced to marry another woman. Fast forward to 1963 and the story turns into a romantic drama fit for the Hollywood Silver Screen. Virginia had moved on in her life, but not in her heart. But with Dixon gone from Mexico, she was slated to marry another man. In preparation for her wedding, she headed to New York City to buy her wedding dress. While there, she saw a poster advertising Dixon for an upcoming WWWF show and she decided to attend and try and catch up with her former flame. When they reunited, the magic returned once again. By this time, Dixon’s first marriage had already ended in divorce, and Virginia immediately broke off her marriage to her fiance. Dixon returned to Mexico with Virginia and that wedding dress was worn as she married Dixon instead. Dixon decided to resume his career in Mexico instead, abandoning any career he may have had in the United States (Dory and Virginia are still married to this day). 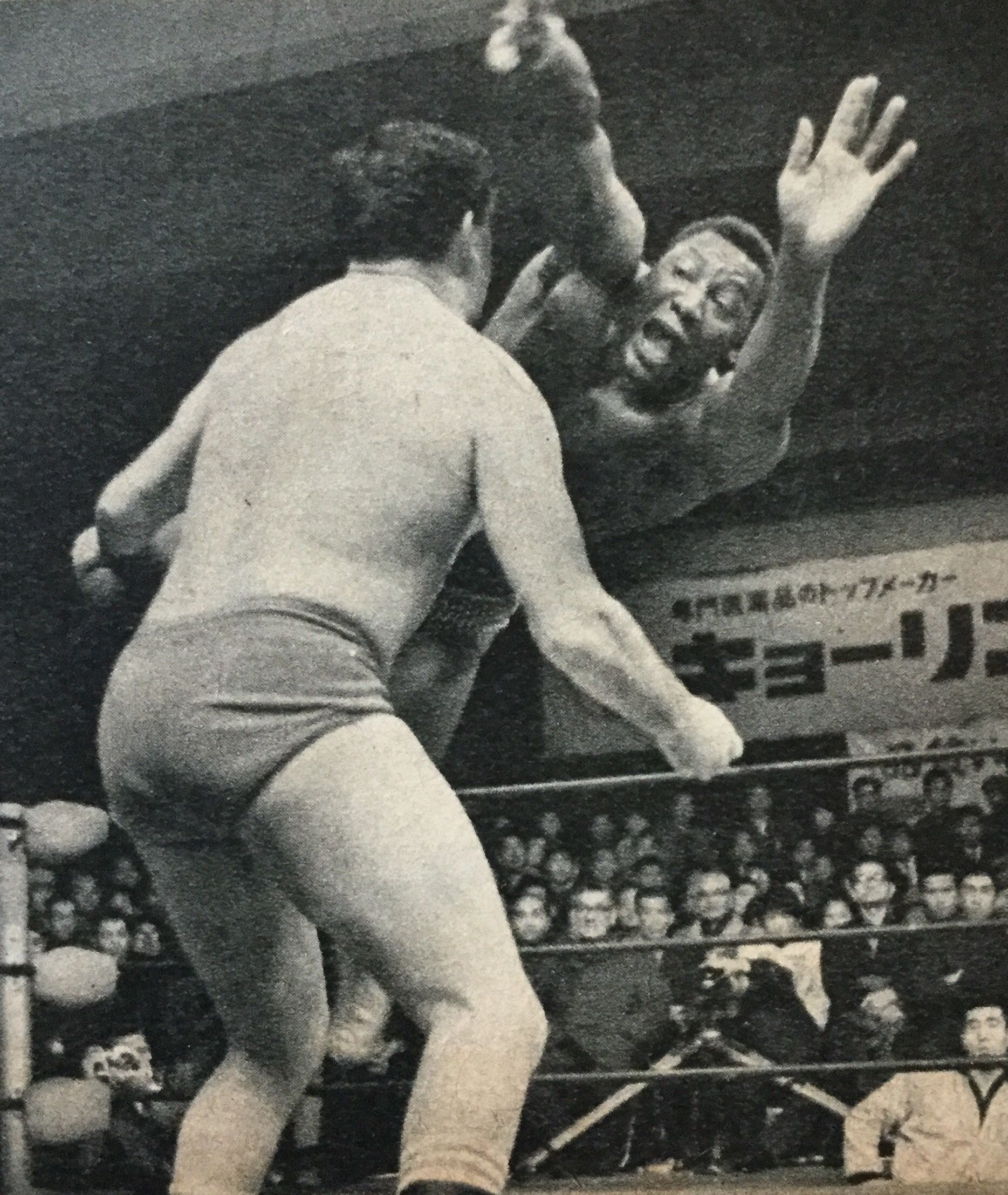 His return to Mexico was that of a hero – his wedding was big news in the Mexican society world – and he was welcomed back to EMLL with open arms. In 1969, he would make his debut in Japan with International Wrestling Enterprise (IWE), a new promotion founded by former Japan Wrestling Alliance (JWA) star Isao Yoshiwara in 1966 following Rikidozan‘s death in 1963. Dixon did a three-month tour with IWE before returning to EMLL in Mexico. That same year, he would travel to Australia for a two-month tour in the fall with World Championship Wrestling (WCW), the original one founded by Jim Barnett, not the Ted Turner company founded 20 years later). Dixon would continue to work for EMLL until 1974, working everything from singles matches to tag team to trios. In 1974, he returned to Japan, this time for a three month tour with New Japan Pro Wrestling (NJPW), debuting in August with a victory over Osamu Kido at Korakuen Hall (Japan’s version of Madison Square Garden). While he would still compete sporadically in the US for special events, such as Championship Wrestling From Florida and Mid-Pacific Promotions in Hawaii, the majority of his time was spent in Mexico near his family. 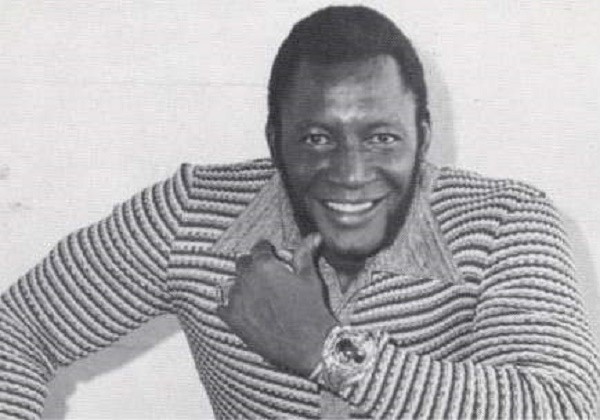 In 1975, Dory Dixon jumped ship from EMLL to a new rival promotion, Universal Wrestling Association (UWA), which was founded by another former EMLL star, Ray Mendoza (the man who had beaten Dixon for the NWA World Light Heavyweight title nearly 20 years previous). He was one of the big-name to appear on the first card and remained with UWA as one of the company’s biggest draws until his retirement in 1984. In his final days, he did return to EMLL for special appearances as well (in 1991, after seceding from the NWA, EMLL rebranded as Consejo Mundial de Lucha Libre (CMLL), the name it continues to use today). Since retiring from professional wrestling in the mid-80s, Dixon has become a pastor for a Seventh-day Adventist Church in Mexico, where he still preaches and lives with his wife Virginia.