Butch vs. Gore, the new production company founded by Billy Dixon and former co-owner of Prime Time Pro Wrestling (PTPW) Lolo McGrath, announced the creation of the Cassandro Cup this past December. This is a new annual tournament showcasing emerging talents in the LGBTQ+ wrestling scene, while paying tribute to legendary lucha exotico Cassandro. On Monday, Butch vs. Gore revealed all eight entrants in the inaugural tournament, which will be airing live on IndependentWrestling.tv (IWTV) on Sunday, March 28, 2021, at 7 PM EST. 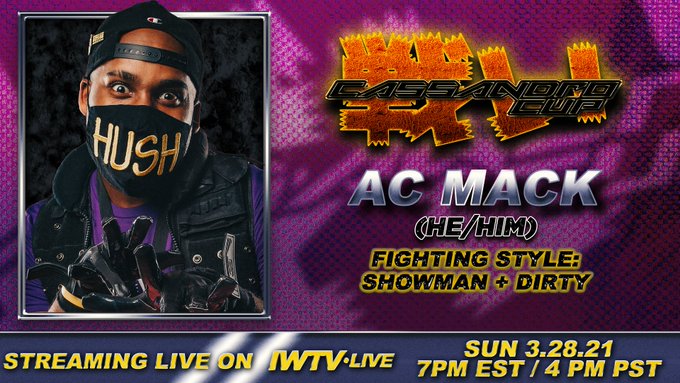 AC Mack has been one of the top names in the Southern indies for a few years now, primarily with Georgia’s ACTION Wrestling. Trained by esteemed indie veteran AR Fox, AC Mack has become the gold standard in Southern wrestling – in December of 2018, he became the inaugural ACTION Champion, a title he still holds 788-days later, and in Nashville, he held the Southern Underground Pro (SUP) Bonestorm Championship for 369 days until losing it this past fall. He’s defended his ACTION Title against the likes of Fred Yehi, NXT Superstar Curt Stallion, AEW star Alan Angels (5 of Dark Order), MLW‘s Kevin Ku (of Violence is Forever), Brett Ison, and Tre Lamar. It’s only a matter of time before he breaks out of the Southern circuit and goes national, and a big win in the first Cassandro Cup could be a huge stepping stone in doing just that. 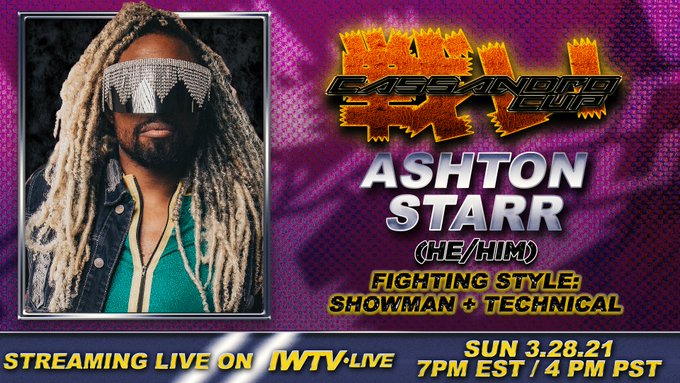 Another product of AR Fox’s WWA4 Wrestling School in Atlanta, Georgia, Ashton Starr is another product of the Southern indies ready to explode nationally. A regular competitor for the likes of Southern Honor Wrestling (SHW), Anarchy Wrestling, ACTION Wrestling, and Atlanta Wrestling Entertainment (AWE), the former SHW Champion made his Game Changer Wrestling (GCW) debut in 2019. In his biggest platform to date, Starr also appeared for All Elite Wrestling (AEW) on AEW DARK, when he teamed with David Ali to face The Lucha Brothers (Pentagon Jr. & Rey Fenix) this past November. 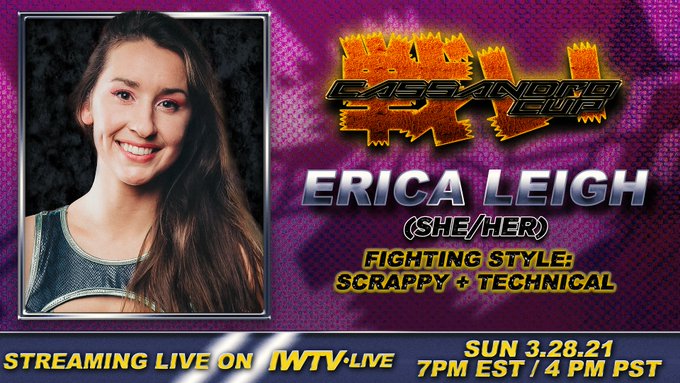 Virginia’s Erica Leigh started out in the US indies in 2018 as Emma Lou, but by 2019 had reverted to Erica Leigh, the name she’s made her name with, particularly in the past year as one of 2020’s breakout stars. She was a regular in Pennsylvania with Atomic Championship Wrestling (ACW) before joining CHIKARA in early 2020 as Donna Rama, but following CHIKARA’s demise, she moved over and became one of the stars of the spiritual successor promotion, Camp Leapfrog. She’s also become a regular performer with Synergy Pro and Pro Wrestling Magic, where she had an epic encounter with Darius Carter at the end of 2020 and is on the verge of becoming a national superstar. Winning the first-ever Cassandro Cup would be a huge way to kickstart the new year. 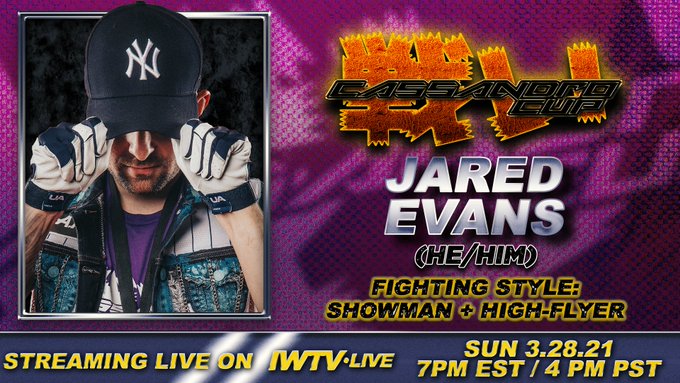 Jared Evans started out in 2015 with Create-A-Pro Wrestling and has since gone on to work for Pro Wrestling Syndicate (PWS), Combat Zone Wrestling (CZW), WrestlePro, Pro Wrestling Magic, and much more. In recent years, he has been a mainstay in LGBQT+ events, such as productions from Uncanny Attractions and Billy Dixon’s Paris is Bumping. 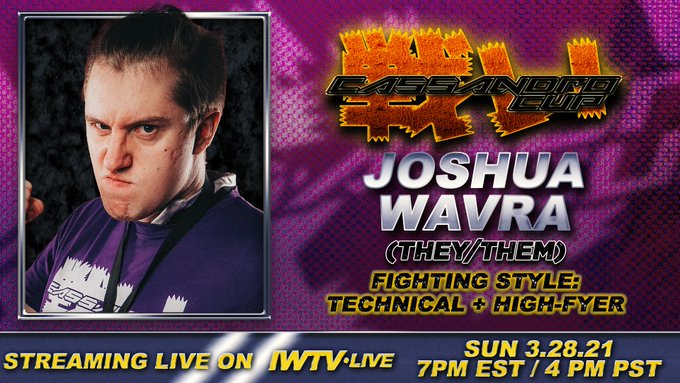 Another 2020 breakout performer is Joshua Wavra, a technical grappler of the Pure genre – which is understandable as they were trained by Ring of Honor‘s Pure Champion himself, Jonathan Gresham, as well as ROH veteran Cheeseburger. They’ve become a serious contender as a singles star, as well as being one-half of one of the top rising tag teams in the US indies, Oreo Speedwagon, with Xavier Faraday. Wavra has competed with the likes of CHIKARA, GCW, F1ght Club Pro, Pizza Party Wrestling, and Camp Leapfrog, and when the US indies fully open up, expect them to blow up nationally sooner than later. 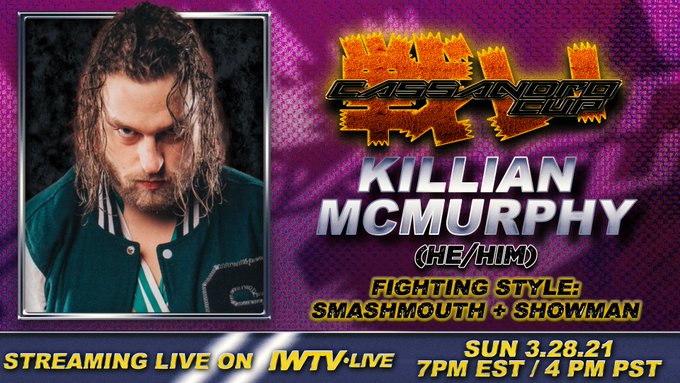 Killian McMurphy, out of Delaware, has been wrestling in the US indies since 2016, but like many of the stars of Camp Leapfrog, has really found his stride during 2020 and the Pandemic Era. He’s competed for multiple East Coast promotions such as Hardcore Hustle Organization (H2O), Pro Wrestling Magic, Synergy Pro, MCW Pro, East Coast Wrestling Association (ECWA), and F1ght Club, and made his Beyond Wrestling debut as part of the Uncharted Territory second season last Boxing Day (December 26, 2019), where he competed in the trios team Head of the Class that included Logan Easton LaRoux and Eel O’Neal. 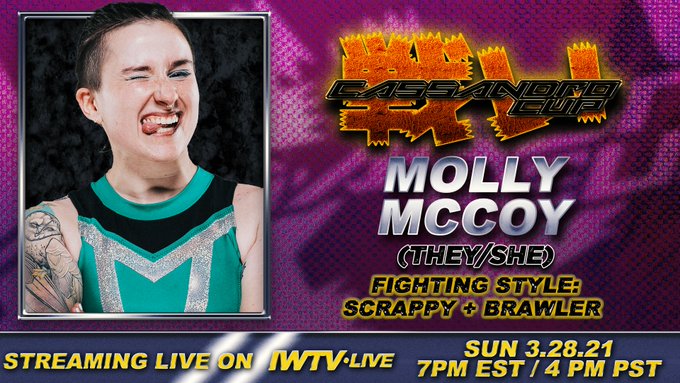 Molly McCoy broke in with CHIKARA in 2019, when he joined her cousin Boomer Hatfield in a family group that included Dasher Hatfield (now A Very Good Professional Wrestler). Since CHIKARA shut down, Molly and Boomer have transferred to Camp Leapfrog, and Molly is also working for the likes of Black Label Pro, GCW, H2O, SUP, and more. 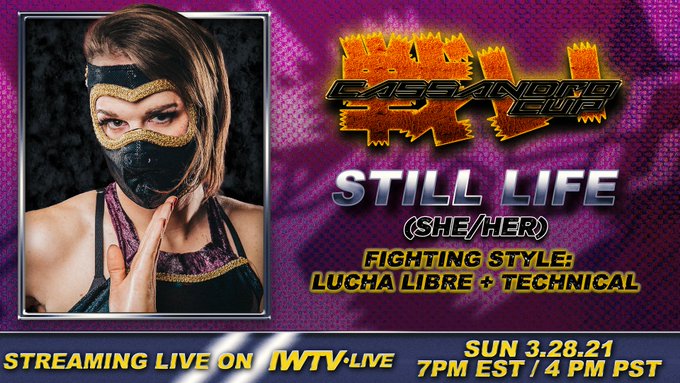 Still Life With Apricots & Pears was just hitting her stride as CHIKARA shut down, and the 308-day reigning CHIKARA Young Lions Cup Champion has also begun appearing on other top indies like Beyond Wrestling, GCW, Black Label Pro, Camp Leapfrog, and Freelance Wrestling to name a few. She’s easily poised to be one of the top breakout stars of 2021, after incredible 2021 matches against Dark Sheik (at EFFY’s Big Gay Brunch) and at this past weekend’s GCW Fight Forever in a triple threat with MV Young and Ace Perry. Still Life is probably the odds on favorite to win the 2021 Cassandro Cup.