Last week on All Elite Wrestling (AEW)‘s YouTube series, AEW DARK, fans saw Dark Order‘s Alex Reynolds & John Silver defeat the tandem of KC Navarro & El Australiano in tag team action. For many, it was just another in a long line of smaller name indie stars losing to established AEW personalities, but to fans of Australia-by-way-of Mexican high flyer Australian Suicide (who was renamed as El Australiano for AEW), it was hoped to be the sign of something more. An 18-year veteran, first of the Australian indies and then in Mexico with AAA Lucha Libre, Australian Suicide has been a worldwide star who had yet to fully break into the US market. But the announcement that he was returning this week on AEW DARK in singles action against the talented Sammy Guevara offered hope that US audiences would finally get a proper look at a wrestler who has only recently made a move into the US indies. 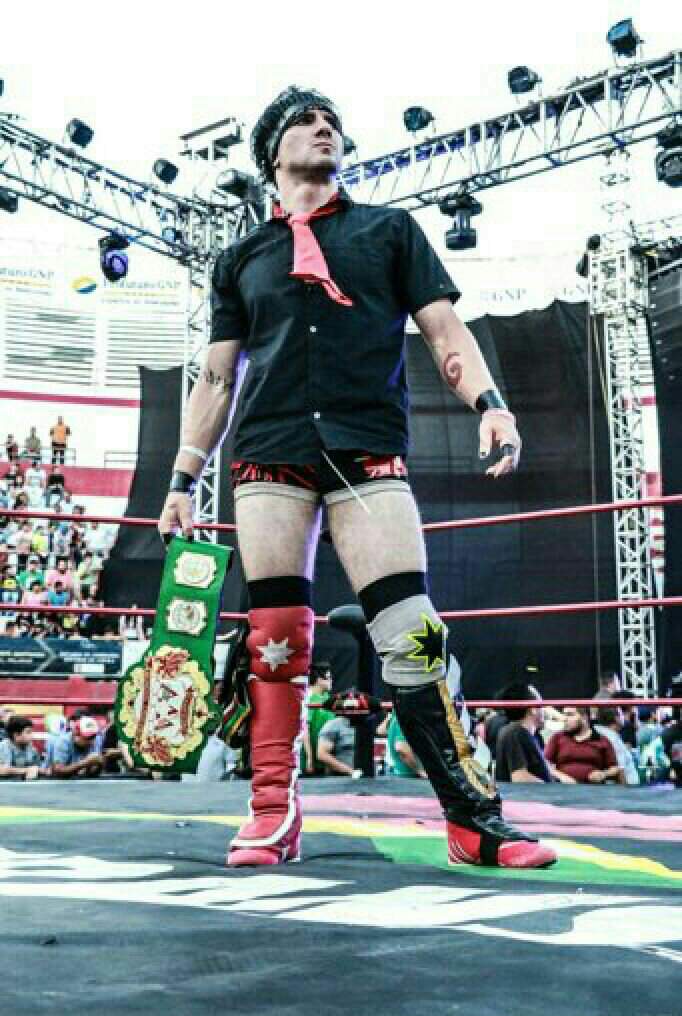 El Australiano began his career in 2008 in Victoria, Australia, starting out with Slam Factory Wrestling (SFW), where he began competing as Ryan Rollins in the tag team Team Awesome alongside Jay Webster. He would spend his early days in multiple Victoria-based indie promotions, such as Alpha Pro Wrestling, Warzone Wrestling Australia (WWA), and Rampage Wrestling Association (RWA), where he won the RWA No Limits Championship in the summer of 2009. A year later, he made his debut for one of Australia’s largest indie promotions, Melbourne City Wrestling (MCW), at their 2010 edition of MCW Clash of Titans, in a loss to Pyro (who himself would go on to become 2x MCW Heavyweight Champion and top Australian indie star Dowie James), as well as another huge Aussie indie, Pro Wrestling Australia (PWA). He would continue to rise in the Australian indies, working with MCW, PWA, and others, like Riot City Wrestling (RCW), New Age Wrestling (NAW), and more.

In early 2013, he headed to Canada to train with former WWE, WCW, and ECW legend Lance Storm in Calgary, Alberta, Canada, competing briefly in the Western Canadian indie scene, where he teamed with fellow Aussie star Kellyanne (then competing as Nikita Naridian), as well as facing the likes of El Generico (WWE Superstar Sami Zayn), Samurai del Sol (WWE Superstar Kalisto), Brian Cage, Trent Beretta, and even WWE Hall of Famer Jim “The Anvil” Neidhart. He worked with Hart Legacy Wrestling (HLW) in Calgary and Monster Pro Wrestling (MPW) in Edmonton while he trained with Storm at his Storm Wrestling Academy. Following his training, he returned to Australia, but that September he headed to Mexico to begin working with AAA Lucha Libre. 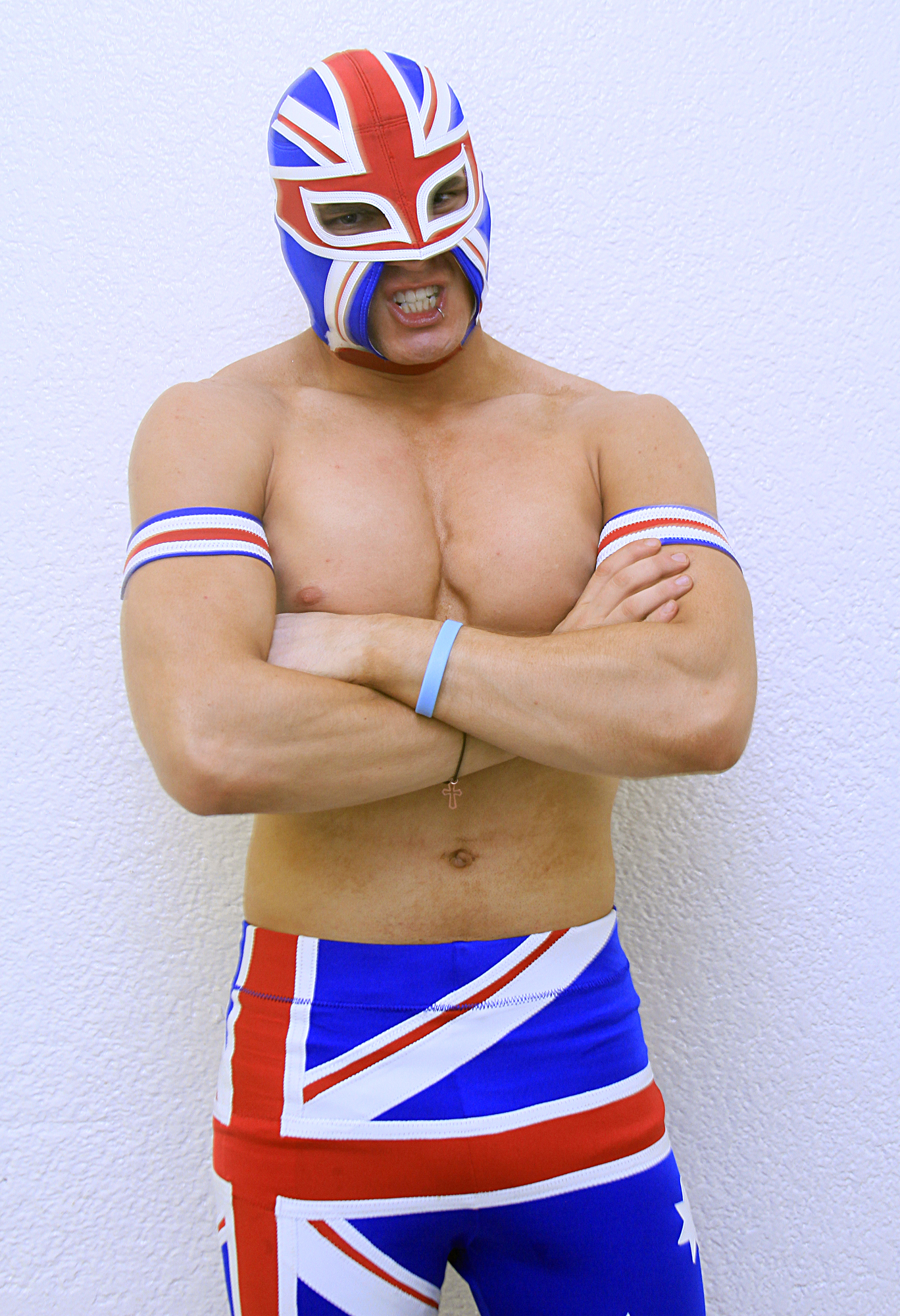 He made his AAA debut on September 22, 2013 as the masked luchador Australian Suicide and immediately found himself in an international trio with South Africa’s Angelico and American Jack Evans (the latter was also connected to the Harts, as he was part of the last class at the Dungeon alongside Tyson Kidd, Davey Boy Smith Jr., and Natalya). The trio would work together in 6-man action from his debut in 2013 up until 2016, but never challenged for the AAA World Trios Championships – although, in 2017, he would reunite with Angelico to become #1 contenders for the AAA World Tag Team titles. Sadly, their actual challenge would never come to fruition, but it didn’t stop Australian Suicide find gold in Mexico. On January 26, 2018, at AAA Guerra de Titanes, he defeated Lanzeloth for the AAA World Cruiserweight Championship. By then, he had lost his signature mask, having lost to Daga in a máscara contra cabellera (mask vs. hair) match at AAA Héroes Inmortales X in October of 2016.

Over the next 211-days, Australian Suicide would defend his title against a string of AAA stars (emerging and veteran), including El Hijo del Vikingo, Lanzeloth, Myzteziz Jr. (as Angelikal), Multibronce (as Mascara de Bronce), and Aero Star, but at AAA TripleMania XXVI on August 25, 2018, he lost his championship in a Four-Way match that also included US stars ACH, Shane Strickland (NXT Superstar Isaiah “Swerve” Scott), and the man who won the match and title, Sammy Guevara. But by then, Australian Suicide had begun to test the waters in the US, first appearing in one of Lucha Underground‘s rare house shows outside the tapings for the series, in Phoenix, Arizona, against Drago, Aero Star, and Garza Jr. (WWE Superstar Angel Garza) in 2016, and then at a lucha show in Texas in 2018 against Black Taurus.

It was in 2019 that Australian Suicide really began to enter the US indies as a special attraction outside of his on-going commitments to AAA Lucha Libre in Mexico. In February of 2019, he challenged DJ Z (NXT Superstar  Joaquin Wilde) for the AAW Heritage Championship in Chicago for AAW Pro, and a day later, challenged Curt Stallion in Glory Pro for Stallion’s Crown of Glory title – both were unsuccessful. During 2019’s events for WrestleMania week in New Jersey that year, he made his debut for Game Changer Wrestling (GCW), first on night one of Joey Janela’s Spring Break 3 in scramble match alongside Jungle Boy (now in AEW), A-Kid (now in NXT UK), Jake Atlas (now in NXT), as well as Shane Mercer and Slim J. He would return the following night for the second night of the event as a part of the Clusterf**k Battle Royal. That same week, at WrestleCon‘s USA vs. The World event, he teamed with fellow Australians Adam Brooks (ROH) and Robbie Eagles (NJPW) in a loss to the US squad that featured the full Rascalz unit from IMPACT Wrestling of Dezmond Xavier & Zachary Wentz (now Wes Lee & Nash Carter of MKS in NXT) and Trey Miguel. Later that year, he would make his US television debut as part of IMPACT Wrestling’s Mexico tapings, once again facing off against The Rascalz trio in Mexico City, this time paired with Arez & Toxin, on an episode that aired in September of 2019. 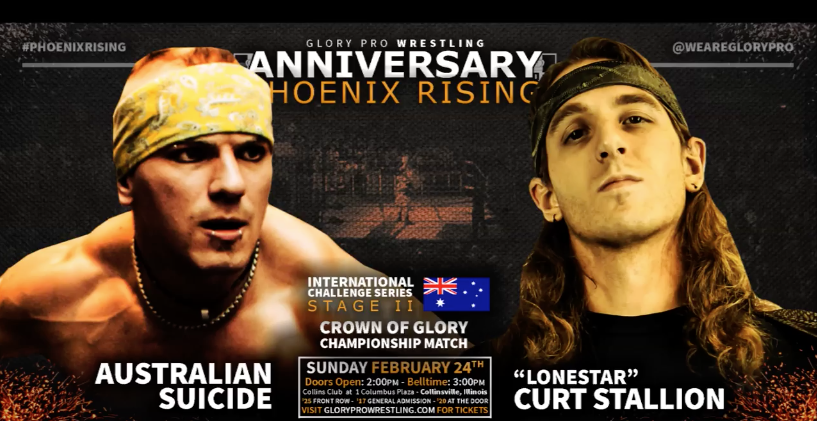 But just as his foray into the US indies was starting – and against many of the US indies top tier names, win or loss – the world of professional wrestling was hit with the Covid 19 pandemic in early 2020, effectively shutting down borders for international travel, and closing down many of the promotions that were eager to use Australian Suicide more frequently. He continued to appear for AAA Lucha Libre throughout the early stages of 2020, but after AAA Vive Latino on March 14, 2020, Australian Suicide’s career was put on hold. With most of Australia’s wrestling ground to a halt, he had nowhere to work in his native Australia, and with Mexico an epicenter of Covid 19, it made finding work difficult for the veteran high flyer who was seemingly just finding his stride in the US. Until January 12, 2021.

Several days prior, AEW revealed that Australian Suicide – renamed El Australiano for a wider US audience – was making his AEW debut on the January 12 episode of AEW DARK in tag team action against the Dark Order. It was something at least, and his highest profile match for a US company since he appeared on IMPACT Wrestling the previous fall. But now that he’s been revealed to be entering into singles competition this upcoming Tuesday, there’s lots to be excited about. For one, he’s facing off against a man he knows very well in Sammy Guevara – after all, it was Guevara who ended his reign as AAA Cruiserweight Champion two years ago. But an even greater opportunity is that he could be reunited with the same two men he started in Mexico with, Angelico & Jack Evans, who both now compete in AEW as The Hybrid2 (TH2). TH2 have been feuding recently with SCU, in particular, the SCU duo of Christopher Daniels & Frankie Kazarian. But its no secret that SCU is actually a fully realized trio, with Scorpio Sky as the third man. Should TH2 ever need a third man to help in that battle, they have only to look across the locker room to see a man they both have fought alongside in Mexico for nearly four years.