Stardom has had one of the craziest years in 2020 and it will finally come to an end at the Year End Climax this coming weekend. They have done their best to turnaround their brand after the difficult first half of the year that featured uncertainty, forced retirement, and tragedy. Now they are on a hot streak as we enter 2021. Here’s the rundown for the match featured on the Year End Climax, as well as a look at the highlights for the event.

Momo Watanabe looks to get back on track against the Future of Stardom Champion, Saya Iida 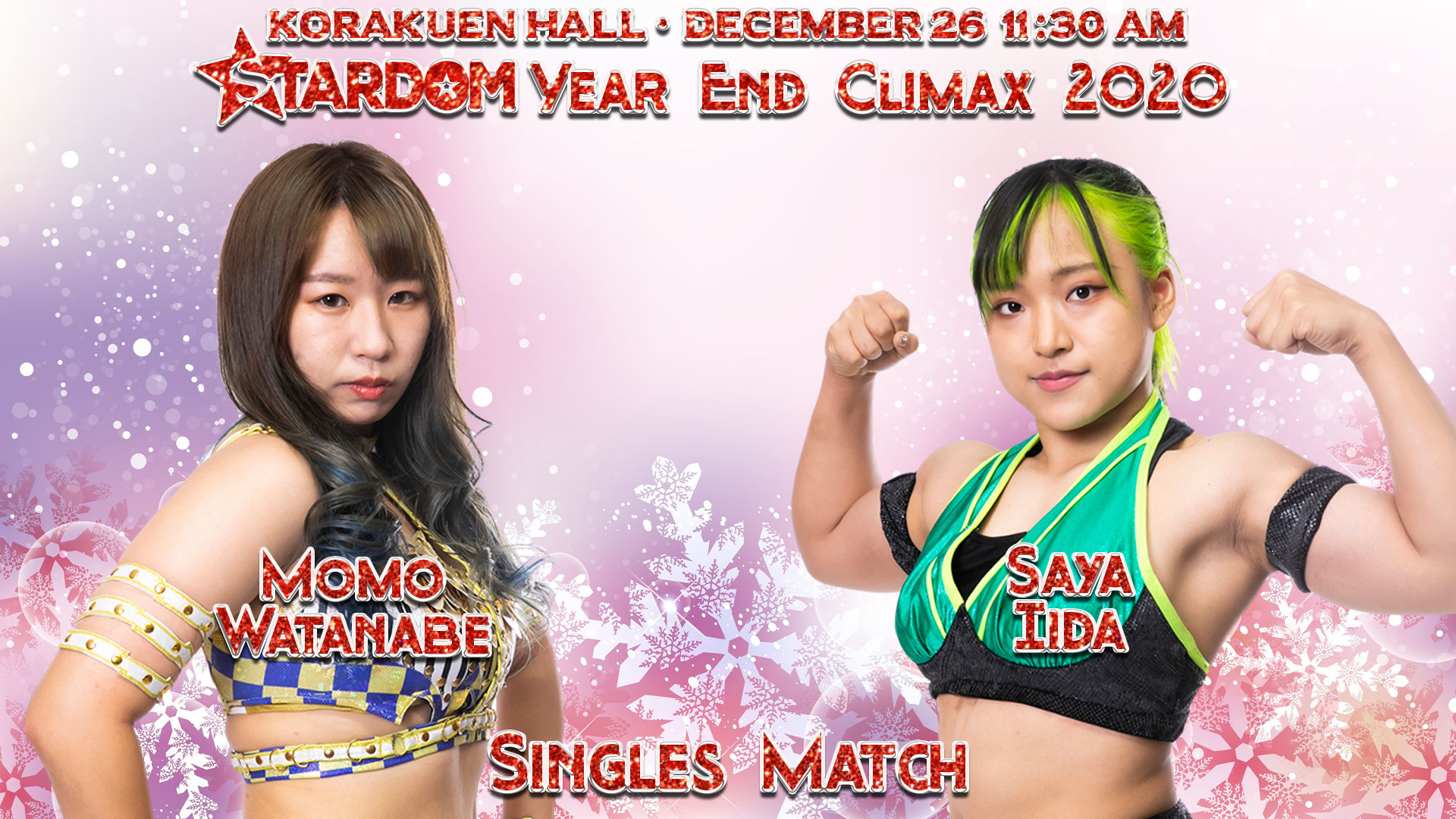 Momo Watanabe was seconds away from becoming the World of Stardom Champion this past Sunday at Osaka Dream Cinderella against her Queen’s Quest groupmate Utami Hayashishita but came up short in the end. The same can’t be said for Saya Iida, who captured the Future of Stardom Championship for the first time. This match is an instance of Watanabe trying to get back in the win column to close out the year, while Iida hopes to continue her good fortune and pull off a massive win in the process to end an excellent 2020 for herself. 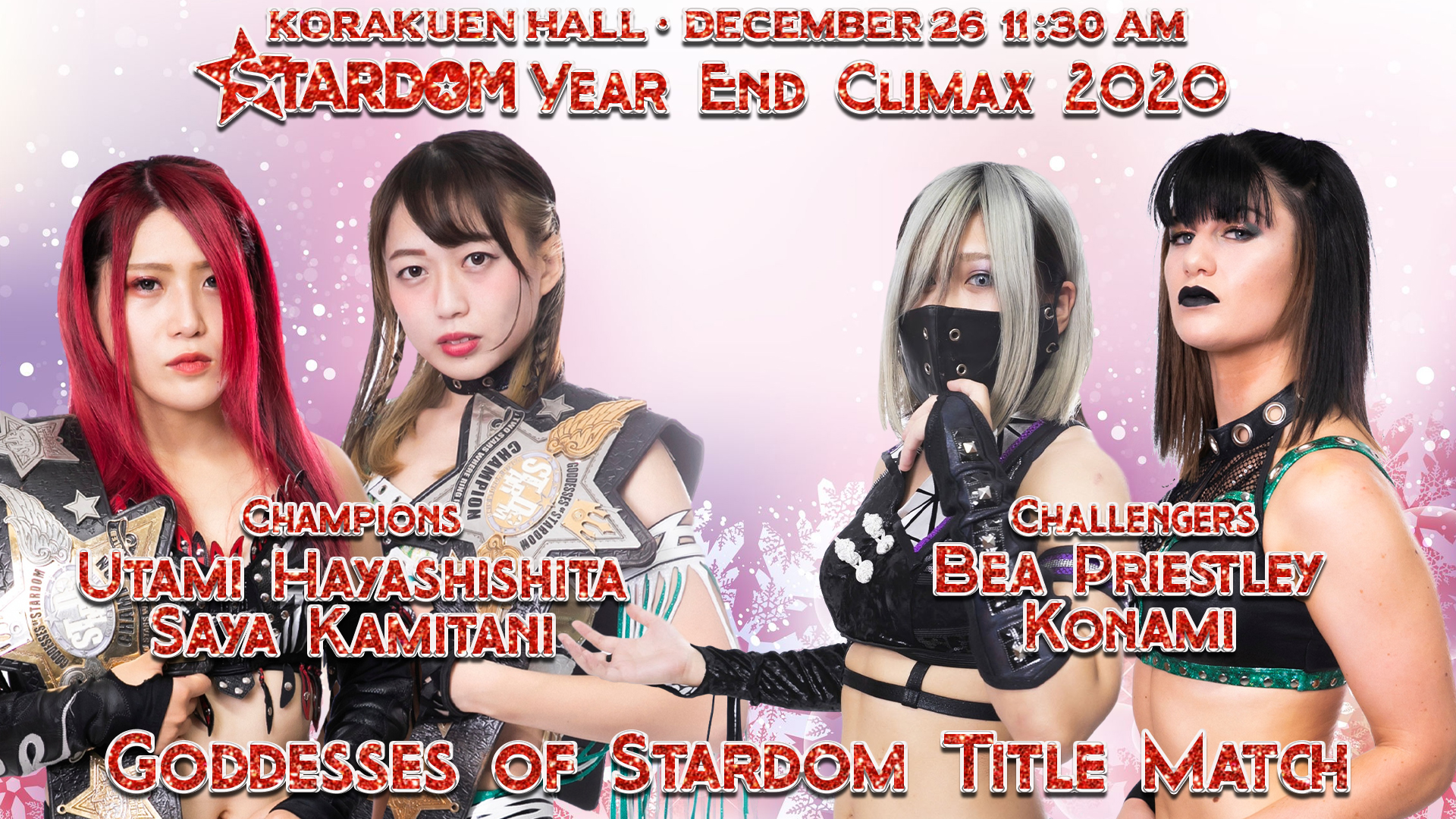 There’s only one title match to end the year and it will see Team AphroditE defend their Goddesses of Stardom Championships against Oedo Tai‘s Bea Priestley and Konami. Utami Hayashishita has had an unmatchable 2020 and should finish strong by defending successfully alongside Saya Kamitani. Of course, Konami and Priestley present a tough matchup as the last time both faced off, they went to a 20 minute draw. Hayashishita has been on a roll putting away those who went the distance with her, so perhaps this will be her ideal way to finish off the year as a double champion.