Another promotion participating in The Collective in Indianapolis is SHIMMER Women Athletes. The premier women’s wrestling promotion in the United States will present SHIMMER At The Collective on October 11th at 4:00 PM Eastern Time. The event poster and the first six participants have been confirmed.

The current reigning and defending SHIMMER Champion Kimber Lee will be part of SHIMMER at the Collective. After winning the title at Volume 116, Lee defended her title against Jessicka Havok at Volume 117. She also joined the impressive IMPACT Wrestling roster in the summer of 2020.

Hyan, current Interim Heart of SHIMMER Champion will also be part of the festivities. The Renaissance Woman picked up the title at Volume 116 as well. She’s coming off the loss of the Reality of Wrestling Diamonds Division Championship in February. Hyan did recently make her return to that promotion, so you have to imagine she’s on the hunt for that belt again.

The current SHIMMER Tag Team Champions are Delmi Exo and Ashley Vox, Team Sea Stars, and they will be at SHIMMER at the Collective. This sister duo will be flying in with a splash to defend their titles. In addition to being mainstays on the women’s wrestling scene both as a team and singles, they also are very proficient and comfortable working with men. Team Sea Stars are also the current Battle Club Pro Tag Team Champions.

Also set to appear at SHIMMER at the Collective is the former SHIMMER Champion, Nicole Savoy. Savoy, also known as Lil Swole, often teams with Big Swole of All Elite Wrestling. They were part of the recent AEW Deadly Draw Tag Team Tournament, where they made it to the semi-finals.

Lastly, for this roundup of SHIMMER at the Collective, Hell’s Favorite Harlot Priscilla Kelly will also be appearing. Kelly who is also set to appear that weekend for EFFY’s Big Gay Brunch; made her SHIMMER debut at Volume 114. Like Savoy, she has competed for AEW on several occasions. She’s also the current F1RST Wrestling Uptown VFW Champion.

Stay tuned to the Last Word on Pro Wrestling for more on this and other stories from around the world of wrestling, as they develop. You can always count on LWOPW to be on top of the major news in the wrestling world, as well as to provide you with analysis, previews, videos, interviews, and editorials on the wrestling world. SHIMMER at the Collective is part of The Collective taking place October 10-11, available to watch on FITE.TV. 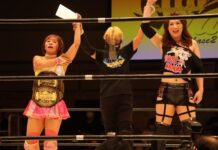 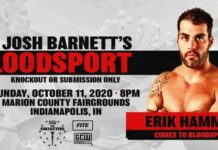