In the past number of years, the “Open Challenge” style for champions in companies has been utilized in a large amount, so much so that it has become tiresome in some ways. Currently, Cody Rhodes is using that style as the TNT Champion, defending the title against new and exciting challengers every single week on AEW Dynamite. And for the most part, it has worked incredibly well in getting new talent on TV in title matches. It’s probably the best since the original “Open Challenge” champion. Ah yes, five years later, John Cena and his US Open Challenge still leaves a huge mark on the wrestling world and remains one of WWE‘s finest decisions of the past two decades. Giving the 16-time champion a run with the mid-card championship against all these new names not only helped raise the title but the talents as well.

With this style of championship run being brought back in a fresh way all over again, this is a chance to revisit the John Cena US Open Challenge and why it not only remains the best to this day but how it helped raise names to audiences in the best fashion possible. Here, we take a look back five years after the fantastic United States Championship run of John Cena came to an end.

Imitation is the best form of flattery. And that stands here when it comes to Cena and the Open Challenge. Cody’s run as TNT Champion has been one of the better parts of Dynamite for weeks now as new wrestlers get opportunity after opportunity to try and become stars. But Cody’s name and platform come nowhere close to John Cena, who was the franchise still at the time and has for long been one of WWE’s biggest stars ever. Add in that there are some absolute classics throughout and you really recognize how good Cena’s run as the United States Champion was. It remains the best Open Challenge title reign and will need a lot to dethrone it from that title. It was such a bright spot in the last decade of WWE, so much so that it helped others become stars in their own right.

The John Cena US Open Challenge accomplished two things in a massive way. 1. Make the United States Championship feel important for the first time in a very long time. 2. Use John Cena and his star power to give the rub to young, up and comers by also allowing underutilized to get TV time. Unfortunately, the rub didn’t work for all but did for some and it led to making stars through some classic matches. The list of the accomplished and best matches vs. Cena as he defended his goal includes someone who became a future world champion. It was must-see TV on Monday Night Raw, something that seems almost foreign to the shows today. These four men delivered against Cena, raising their star and making the US Open Challenge so special.

The former NXT Champion should have been so much more in WWE but was mistreated from the start. However, any time Neville got an opportunity he managed to show out. He answered the call of John Cena’s challenge and came seconds from winning. It was one that he would even top against Seth Rollins months later in Rollins’ version of the open challenge but was still one to help Neville’s star. Unfortunately, an injury and his size were what led to Neville never getting on TV regularly as he was soon cast aside and would return to become the “King of the Cruiserweights” two years later. That was never enough and saw Neville leave to receive the opportunities that were long overdue.

Cena’s Open Challenge did a lot for some, but not enough for the higher-ups in WWE to give Neville an even better chance on the main roster. This match was one of the true highlights of Cena’s run. 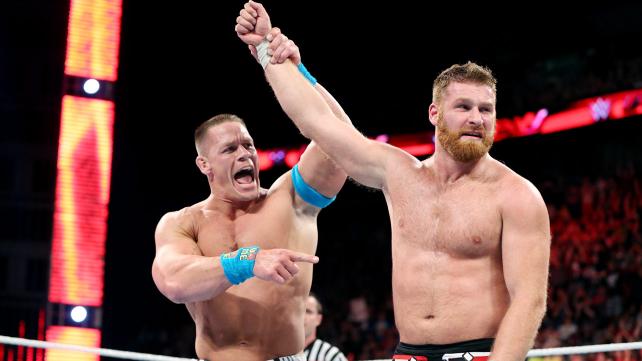 Introduced by Bret Hart in your home country of Canada. Tough to beat a main roster debut like that, even if you suffer and injury before the match even begins. Sami Zayn surprised the WWE Universe when he made his main roster debut by answering the John Cena US Open Challenge. And what followed was one incredible match, especially by a man with a bummed shoulder. Near fall after near fall saw Zayn so close to a victory. And while he came out of it on the losing side, by no means did he actually “lose.” It was a career-defining night that made the anticipation of him returning even larger. We miss this Sami Zayn. The one that should be a future world champion, still.

For many years, the name of Cesaro has been said as one of WWE’s most underrated wrestlers who should be given a world championship run. Five years later, that has still not happened. But what did happen was Cesaro got not one, but two opportunities at John Cena and the US Open Challenge. What he did in doing so was make the world know how good he was and Cena gave the nod of approval on multiple occasions. The number of times Cena and Cesaro showed incredible feats of strength made this mini-feud one of the best. It’s a shame that Cesaro never got one over on Cena, but he earned the recognition of even more fans, leaving them clamoring for Cesaro to finally get a chance. 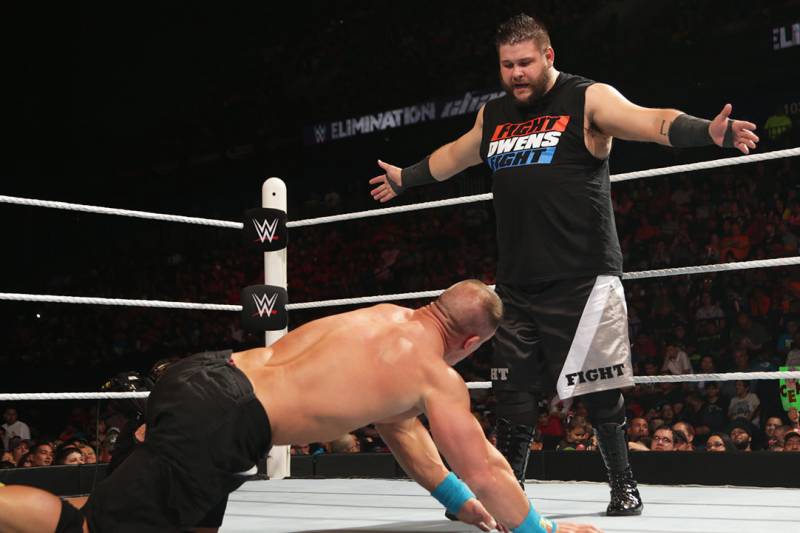 John Cena’s finest match came against Kevin Owens, who answered the US Open Challenge on his terms. As the current NXT Champion, Owens shocked everyone by one-upping his friend turned rival Sami Zayn just weeks later. “The Prizefighter” was exactly that, forcing Cena to understand who he was dealing with and why this match wasn’t to happen on Raw, but instead at the Elimination Chamber PPV. While the championship was not on the line in their first match, it still led to this breakout performance for Owens who became an instant star as he defeated Cena on his first night. Owens would ride this wave to being the most successful of anyone who faced Cena during the US Open Challenge, including a Universal Championship reign.

The open challenge can continue to be repeated, but it has not reached the popularity and success that John Cena did. There’s a reason fans miss him more now than ever, and a lot has to do with his run as the United States Champion.