Emergence Night 1 is upon us as we embark on a two week TV special set to capitalize on the fallout in the wake of Slammiversary.  Week one has some tremendous matchups scheduled making it a must-see for wrestling fans everywhere. 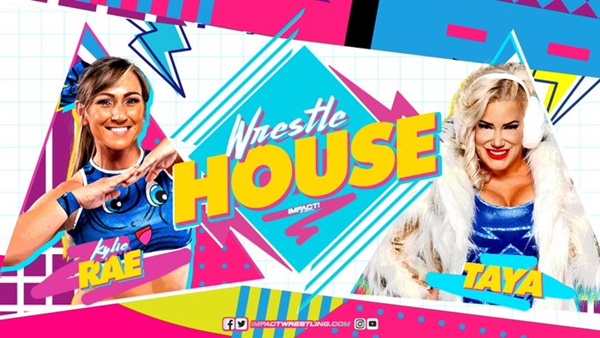 In the fallout from last weeks Wrestle House Taya booked in Kylie for a one on one match after calling her a quitter during their bonding exercises.  This is the chance for Kylie to retain her spot as the number one contender to Deonna Purrazzos title but is she up to the challenge of Valkerie? 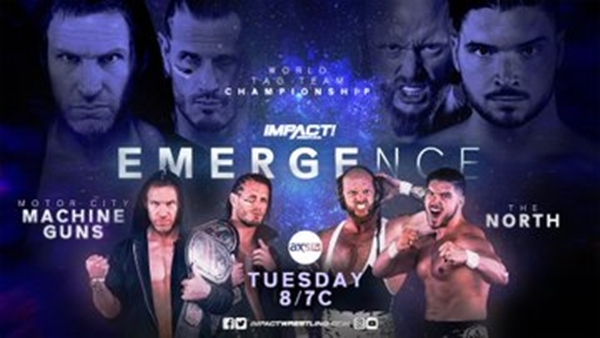 A potential match of the night lays in wait as MCMG put up their first defense of the tag titles since defeating The North nearly a month ago.  Page and Alexander have bided their time for the perfect moment before cashing in their title rematch to try and get back to the top of the tag team mountain.  Meanwhile, MCMG will try and prove their last victory was not just a fluke and they are still one of the top teams in the world today. 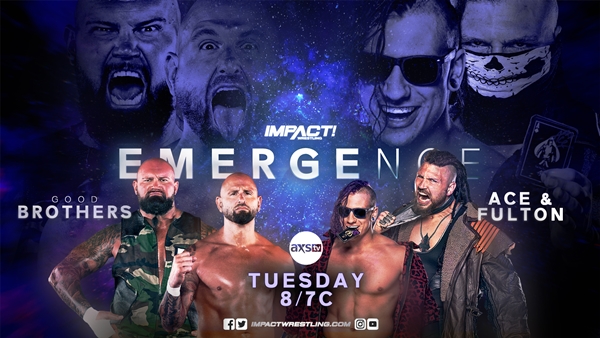 Gallows and Anderson are out for revenge against Austin and Fulton for their actions in recent weeks.  We have seen Gallows arrested after being set up which then isolated Anderson for the rest of the night.  We would then see him take a hallway beatdown when he tried to go after Austin alone only to be ambushed by the waiting Fulton.  After a debut win over Reno SCUM, The Good Brothers will look to put the rest of the tag division on notice by disposing of Austin and Fulton.  Can they exact their vengeance? Or will Austin and Fulton have another plan to stay one step ahead? 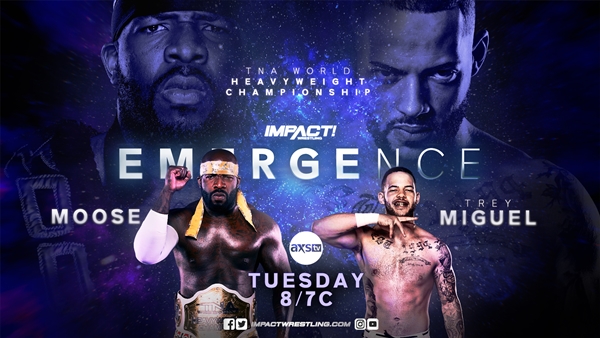 After failing to defeat Eddie Edwards on July 19th, Trey will once again go for gold as this time the 25-year-old will take on TNA World Heavyweight Champion, Moose.  Trey has yet to taste gold in his two years with IMPACT despite several opportunities, meanwhile, this will be the 8th title defense for Moose since declaring himself champion back in May.  Will Trey finally be able to rise to the challenge and pick up a title? 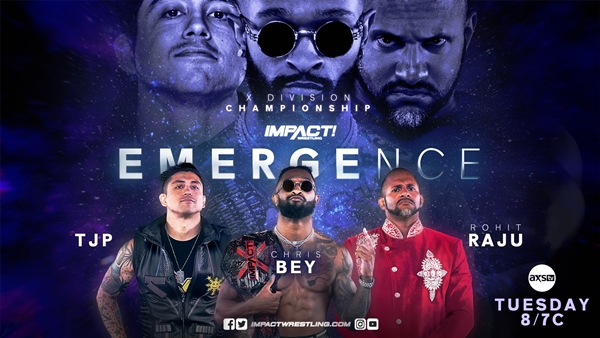 After back to back wins over Willie Mack, Bey will now offer up an opportunity to recent tag team partner Raju and former X Division Champion TJP in what is bound to be a fast-paced, high flying encounter.  At just 24 years old Bey is part of the next generation of talent taking the wrestling industry by storm and a win over two veterans like Raju and TJP will only increase his stock further.  Is the young champion up to the challenge or will experience prevail?

Despite calling out Eric Young last week and ending up against Brian Myers, Edwards will likely try to entice the World Class Maniac out for a match at Emergence, but will he answer the call?  If he doesn’t, then who will?

Night 1 of Emergence is chock full of title matches and should be an exciting night of IMPACT! Wrestling action.  With night 2 currently set to feature the rematch between Jordynne Grace and Deonna Purrazzo, it will be fun to see if Night 1 attempts to set a high bar for the women to follow.

Stay tuned to the Last Word on Pro Wrestling for more on this and other stories from around the world of wrestling, as they develop. You can always count on LWOPW to be on top of the major news in the wrestling world, as well as to provide you with analysis, previews, videos, interviews, and editorials on the wrestling world. IMPACT Wrestling fan? You can check out their streaming service, IMPACT Plus for access to their library, and special IMPACT Plus only events. Looking to talk wrestling, pro football, or any number of sports? Head on over to the LWOS Boards to engage in conversation with fellow fans!