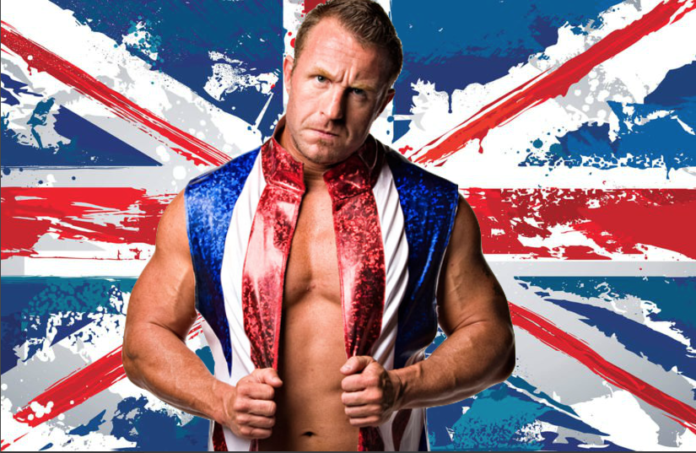 Following his loss to Trent Seven at PROGRESS Chapter 76: Hello Wembley, Doug Williams was forced to retire from professional wrestling as a result of the stipulation. While he still has some independent bookings to fulfil, he has officially wrestled his final match in the United Kingdom. Some would refer to this as the end of an era, considering how much of an impact Doug has made on the modern British wrestling scene.

Overwhelmed by the amazing response I have received. Some totally unexpected! I will take this moment to formally announce my retirement. I am finished in the UK now but still have some international bookings to fulfil. Thank you once again and keep supporting British Wresting!

Over the last 25 years, Doug Williams has wrestled all over the world, from the United States to Germany to Japan. If it weren’t for Doug, there probably wouldn’t be the same opportunities popping up for the British talents to go and wrestle all over the world. In a way, you could say Doug is partly responsible for projects such as NXT UK and the rebooted World of Sport for all he’s done in the past two and a half decades. His time spent with IMPACT Wrestling and Ring of Honor surely helped the two promotions in signing future UK talent, including Drew Galloway and Marty Scurll, to their contracts.

There’s very few wrestlers that can captivate an audience quite like he can. When Doug comes to the ring, you know you’re going to be treated to an instant classic from a wrestling mastermind. Without a doubt, he’s one of the most respected wrestlers within the British wrestling scene today, possibly even the wrestling world as a whole. With his wealth of knowledge and experience, Williams is always keen to pass on his wisdom to the next generation of British wrestlers.

Upon his retirement announcement, the amount of support from both fans and wrestlers alike just goes to show you how well respected Doug Williams is within the wrestling community. Everyone that’s been around him knows exactly how much time and effort he put in to raise the expectations of wrestling in the United Kingdom. Anyone who doesn’t realise how much of an impact he left clearly hasn’t seen a thing of his work.

Had it not been for him and other stalwarts of the UK scene, such as Alex Shane, Jonny Storm, and Jody Fleisch, the current state of British professional wrestling wouldn’t be where it’s at.

Legend. We will never forget Doug enabling us to present Mitsuharu Misawa, Kenta Kobashi, Jun Akiyama and many others in Germany. He believed in working with wXw when others in Europe thought we'd never amount to much. https://t.co/KnNTuO9WpI