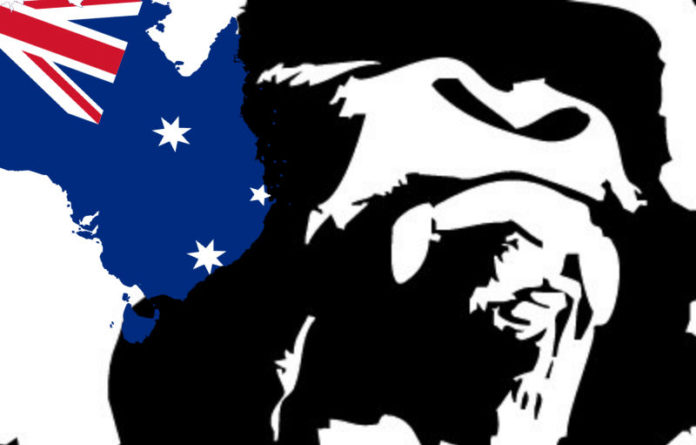 Pro Wrestling Guerrilla (PWG)’s Battle of Los Angeles (BOLA) has truly become a christening for break out independent stars. Winning BOLA can set up a performer to skyrocket their value worldwide. Take a look at some of the previous winners:

Kenny Omega (2009): A bone fide international superstar
Joey Ryan (2010): One of the most talked about guys coming out of All In
El Generico (Sami Zayn-2011): WWE Superstar
Adam Cole (2012): One of the hottest performers in NXT
Ricochet (2014, 2017): The one and only two-time winner of BOLA, the first win sky-rocketed him to the top of the indie scene.

This doesn’t even mention CIMA, Low Ki, Zack Sabre Jr., or Marty Scurll. Clearly, winning BOLA positions you as a top indie guy, in the eyes of both fans and promoters. And that’s why this year’s BOLA is so important for fans of Australian wrestling.

This year, three Aussie wrestlers are in BOLA 2018, which has never happened before: Robbie Eagles, Adam Brooks, and Jonah Rock. All three men have performed for PWG before, and Rock even participated in last year’s tournament, which is terrific for the exposure of Aussie wrestling to the rest of the world. Since PWG is such a popular promotion, it has so many more eyes on it that the Australian indies, so stellar performances there have a greater impact on the wrestling community. A tournament win here would elevate the opinion of the Australian wrestlers and thereby Australian wrestling, which, until recently, hasn’t had the respect of the wrestling world.

From 1964-1978, World Championship Wrestling, promoted by Jim Barnett in Australia, was one of the hottest promotions on the planet, and would even see the likes of Bruno Sammartino and Andre the Giant come down to perform. But once the company lost TV in ’78, the promotion shortly folded, and left a huge void in Australian wrestling. Worse, since most of the top stars in the company were foreigners, once the promotion folded, almost everyone that was considered a top guy left for home, leaving essentially no viable wrestling scene in the country. For the next few decades, it stayed this way. No, pro wrestling never completely died in the country, but there wasn’t much to speak of. WWE and even the American WCW did do shows down under (most notably WWE Global Warning in 2002, which drew over 50,000 people), but in terms of homegrown wrestling, there was nothing of significance.

It wasn’t until only recently, with the rise of promotions like Melbourne City Wrestling, Explosive Pro Wrestling, and Pro Wrestling Australia, and the sacrifices of performers like Davis Storm, KrackerJak, and Madison Eagles, that built the Australian wrestling scene into what it is today. These promotions, in fact, have proven Australia to be a fertile enough ground for pro wrestling, that both PROGRESS and New Japan Pro Wrestling have both down full blown tours of the country, not to mention WWE’s Super Show-Down in October this year, which could draw as much as 80,000 people. This month alone, two new promotions are opening up shop: Mayhem Pro Wrestling and Iron Fist Pro. This grass roots effort by the promoters and performers Down Under have down the impossible: they’ve resurrected Australian wrestling. The problem is, not everyone knows about it. But Robbie Eagles, Jonah Rock, or Adam Brooks can change that. This weekend could prove to be pivotal in Australia’s next steps to global recognition for its wrestling.