Most fans of the Arizona Coyotes are so sick of hearing about a new arena proposal; they probably don’t want to hear another. But, since I am the beat writer for the team on this site… here goes. The Coyotes have been down this path many times. Some skeptics may think… sure they’re going to build a new arena? Well, this time it could come to fruition.

The Arizona Coyotes hockey team announced that they will be moving from Glendale to Tempe. Per Paulina Pineda from the Arizona Republic, the new stadium is looking to be located on an old solid waste compost yard (some may find that entertaining). A preliminary report states that the team would need to come up with approximately $70 million to relocate the compost yard. That plus the expense of building a new arena can be quite extensive. Yet, to most everyone’s amazement, the entire venture would NOT be built using any taxpayer money. What a refreshing concept… if true, that would be!

Tempe May Become The New Home of The Arizona Coyotes 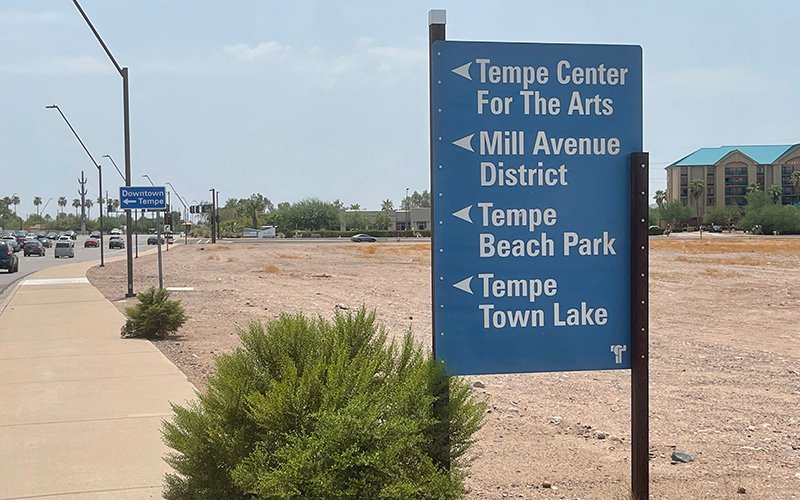 Tempe confirmed Thursday afternoon, July 29th in a statement that it has released a request for proposals, sometimes referred to as an “RFP,” for “a project incorporating a professional sports franchise and entertainment district” on 46 acres of city-owned land near Priest Drive and Rio Salado Parkway, where the city’s maintenance facilities currently are.

It seems that the City of Tempe is looking to find out if there is enough interest from someone, perhaps a developer, to build a bustling entertainment district — and venue — lucrative enough to attract a team to the area.

And, it turns out, the Arizona Coyotes, who currently play at Gila River Arena in Glendale, Arizona, are very interested.

“Any professional sports franchise or entity partnered with the franchise can respond to the RFP; it is open to all qualified organizations, locally and nationally,” Tempe said in a statement. “Based on the site’s location, the Coyotes are highly interested in this development opportunity and will be responding to the City of Tempe’s request for proposal,” the NHL team said in a statement. “Given our determination to remain in the Valley for many years to come, we are actively working to identify the best long-term home for the Coyotes, our devoted fans and this great community.” Proposals for the development of the land are due by August 19th.

So How Rich is Owner Alex Meruelo?

If he intends to invest close to a billion dollars in a project like this, he’s got to be quite wealthy. Many owners suffered deep financial losses due to the pandemic and may be recovering for years. Yet, projects like this are right in Meruelo’s wheelhouse. He has casinos, radio stations, food and financial services and is into construction as well. With the proposed arena costs added to the surrounding areas of entertainment, Meruelo is banking on attracting many hockey fans to the area. He must be pretty rich since he recently purchased a $12.1 million mansion in Paradise Valley, AZ.

The team doesn’t want to stay in the west valley (Glendale specifically) because the majority of its fanbase resides in the east valley near Tempe, AZ. As much as Gila River Arena and the city of Glendale would like to keep the team, they are losing revenue because fans don’t like the commute.

The team is currently in a year-to-year lease with Gila River Arena, where the team has been playing its home games since 2003.

“The City of Glendale has been working since last year with the Arizona Coyotes and our Arena Manager, ASM Global, to determine if terms for a long-term agreement can be reached to allow the Coyotes to continue to play in Gila River Arena. We remain committed to that goal,” the City of Glendale said in a statement.

What’s the Timeline to Open a New Arena?

The city of Tempe won’t agree to have its solid waste yard moved before 2024. That may very well be negotiated earlier, if possible. That would mean a new facility could be started as soon as 2025. It could take a year or so to complete. As it turns out, the Coyotes are in the midst of a rebuild to their team and hope to have a very competitive team on the ice by then. Let’s see –  a new arena plus a team who could actually be able to make the playoffs? Sounds like a plan. And, it very well could be the plan of new general manager Bill Armstrong. He intends to take care of getting the team improved. In the meantime, Meruelo and his team can work on getting a new state-of-the-art arena built.