The Detroit Red Wings will arrive at the 2021 NHL draft with 12 picks. As of right now, Detroit has eight picks in the top 100 and five in the top 60. This wide berth of draft capital will prove fruitful for the Red Wings. This wide range of picks gives them more opportunities to try and potentially land a star player. With Steve Yzerman at the helm, who will the Red Wings draft with their late 2021 first round pick from the Washington Capitals?

During the 2020 NHL draft, Yzerman opted to swing for the fences on as many picks as he could. From the high-ceiling Theodor Niederbach to the titanic Elmer Soderblom, the Red Wings took as many gambles as they could to land a high-skilled player. Yzerman shows no signs of slowing down this draft; it’s likely he’ll do the same with the 11 picks he has at his disposal. With the Capitals’ first round pick, the Red Wings have more flexibility at their disposal. Depending on how the playoffs go for the Capitals, the Red Wings could pick anywhere from 25th to 31st overall. This position will affect how Yzerman proceeds; but these names will likely wind up on his radar. All three names are being projected to go anywhere from 15th overall to outside of the First Round entirely. So while there’s no guarantee where any of these three will go, they’ll be names to watch regardless.

Matthew Coronato leads the United States Hockey League (USHL) in scoring with 83 points in 50 games. The 2021 first round pick is a dynamic offensive winger with a cannon of a shot. He started the USHL season with a record-breaking 19-game point streak. Coronato is among the most offensively-dynamic players in the 2021 NHL Draft class. For a team like the Red Wings, who sit near the bottom of the league in offense, this could be a home run. The only knock on Coronato is his skating ability. If he can keep up with NHL speeds, he’ll make for a wickedly strong offensive threat on any roster. Coronato is currently committed to Harvard, which means the earliest the Red Wings could see Coronato would be the 2022-23 season.

Sasha Pastujov has a bit of history in Michigan. Growing up in Northville, he’s played in the Michigan-area for most of his young career. This season, he’s played on the USNTDP roster, a program known for developing players like Auston Matthews and Jack Hughes. His sky-high hockey IQ and skating are standout points. If Yzerman is looking for a high-ceiling player in the late-First, Pastujov appears to be a perfect fit. There’s only one problem with Pastujov: a team higher in the rankings may draft him quicker. Currently, Pastujov is committed to the University of Notre Dame. Like Coronato, 2022-23 is the earliest one could expect Pastujov to hit NHL ice.

Here is the Chaz Lucius breakaway tally. Take nothing away from the talented Lucius and the gorgeous finish, but how about the work from Sasha Pastujov?

Engine never stops and then he ends up with the puck and his pass springs Lucius. #NTDP #WorldU17 #GoIrish pic.twitter.com/ff0vWCBqQR

If you’re into betting, the odds of the Red Wings drafting a Swedish player is very high. Simon Robertsson could be their guy this time around. Robertsson exploded with the J20 Skelleftea league, pulling together 20 points in 15 games and leading J20 Skelleftea in scoring. While he only put up two points during his SHL call-up, playing against grown men has allowed him to develop his skillset. He’s a dynamic all-situations forward with creativity on his mind. He can utilize his high hockey IQ and strength to out-muscle defenders while making his way to the net. It’s likely that Robertsson will play in the SHL full-time next season. With the way the Swedish prospects have developed, Robertsson could be an excellent fit for the Red Wings.

Simon Robertsson is for me one of the most underrated 2021 NHL Draft prospects. He may not be in the TOP 5 circle, but he’s a dark horse for the TOP 10 spot. Robertsson and L’Heureux are having a tremendous start to the season. pic.twitter.com/rfS7zUXL6r 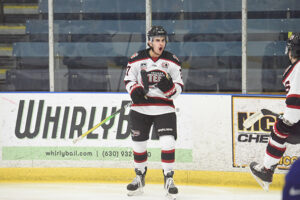