Welcome to Last Word’s Draft Boom and Bust series. As the 2020 NHL Entry Draft approaches, we decided to examine each team’s best and worst pick since the 2000 NHL Entry Draft. The biggest boom is a player that had the best value relative to where they were selected. Meaning, no one in the first round will be considered a team’s best value pick. However, the biggest bust picks will almost always be in the first round. We will examine each player, why they were picked where they were, and what their NHL career was like. Today, we’ll focus on the Philadelphia Flyers draft Boom and their Draft Bust.

Patrick Sharp was a third-round draft pick for the Flyers. The winger went 95th overall in the 2001 NHL Draft. Philadelphia didn’t have the highest hopes for him, which helps explain why it was so hard for him to work his way into the regular lineup. He wore five different numbers in his time with the organization. Sharp moved between the AHL and the NHL repeatedly over three seasons. After shifting between the two leagues, he found success. During his 2004 stunt with the Philadelphia Phantoms, the team won the Calder Cup. Sharp couldn’t find his place with the Flyers after 66 NHL games and was ultimately traded to the Chicago Blackhawks. And that gave him the shot he needed to prove himself in the NHL.

Sharp was traded to Chicago in 2005. Despite his 15 points across his limited NHL games, Sharp shined with the Blackhawks. His first season with the team was almost as productive as his entire career with the Flyers.

Sharp spent the bulk of his NHL career with the Blackhawks. After 11 years with the club he notched 532 points and found three Stanley Cups. He played an integral part in helping the team to win the championship after Chicago defeated Philadelphia in the Finals. Twice in his career, Sharp ranked in the top-10 in scoring, eighth in the 2010-11 season and ninth in 2013-14. He also dressed for the 2014 Canadian Men’s Olympic hockey team, winning a gold medal in Sochi, Russia.  The winger spent two short seasons with the Dallas Stars before returning to Chicago for his final year. After 939 games he retired with 620 points total.

Shayne Gostisbehere was a pleasant surprise for the Flyers. After drafting him in the third round of the 2012 NHL Draft, 73rd overall, the team quickly realized what a steal he was. Gostisbehere had a successful run with his collegiate team, Union College. The team reached the Frozen Four for the first time in school history. The Flyers signed Gostisbehere to a three-year entry-level contract in 2014. He spent two seasons at the AHL level before making his NHL debut. The debut was short-lived, however, and Gostisbehere dressed for just two games before he was reassigned to the AHL.

Another stroke of bad luck came when he suffered a season-ending injury after being sent down. Once he recovered, he broke onto the scene in a big way. The defenceman helped ignite the Flyers offence as soon as he hit the ice. During his six seasons with Philadelphia, he was affectionately named “Ghost” by the fans. He averages 20 minutes of ice time per game. Ghost hit his career-high in the 2017-18 season when he tallied 65 points.

The Flyers selected Dennis Seidenberg during the sixth round of the 2001 Draft. Prior to his draft, Seidenberg spent three years with the Mannheim Eagles. In 2002 the defenceman made his first NHL appearance. Seidenberg spent six seasons moving back and forth between the Flyers and the AHL. He bounced around the league a bit before finally landing with the Boston Bruins.

And that’s where his biggest dream came true. Seidenberg played an integral part in the Bruins 2011 Stanley Cup Victory. He racked up 11 points during their playoff run. He was also a defensive force to be reckoned with during that time. Seidenberg played every role on the team from five-on-five to penalty killing. He was a reliable blue-liner and played in over 800 NHL games as a result.

While the Flyers drafted German Rubtsov in the first round of the 2016 NHL Draft, he hasn’t panned out the way the team had hoped. The center was touted as a top two-way forward. Philadelphia spent a first-round pick on a young player that just hasn’t found his feet at the NHL level. Rubtsov found a gold medal at the 2014 U17’s and later contributed to the Russian U18 entry which nearly knocked off Team Canada at the Hlinka semifinal in a major way.

Although his hype was intense, Rubtsovs NHL career was short-lived. He’s played just four games with the Flyers and has no points to show for it. The young player has spent some time with the teams AHL affiliate, the Phantoms. After 56 games in the AHL, Rubtsov only managed to wrangle 25 points.

Rubtsov has been plagued with injuries. His 2018-19 season was cut short after a grueling shoulder injury. His four-game stint with the Flyers was short-lived after he was given limited ice time. He remains on the roster, but the likelihood of Philadelphia continuing to put their hopes on his shoulders is slim.

Jeff Wyowitka was a first-round pick in the 2001 NHL Draft. He was picked 27th overall, mere picks before one of the best second rounds in NHL history. Derek Roy, Fedor Tyutin, Mike Cammalleri, Jason Pominville, and Jay McClement were all selected in the second round of the 2001 Draft and would all go on to play at least 700 NHL games; with the latter three all playing in over 900. Tomas Plekanec, Craig Anderson, Patrick Sharp (hey!), Mike Smith, Dennis Seidenberg (hey!!), Marek Zidlicky, Jussi Jokinen, and Johnny Oduya were all also selected in later rounds. It was a draft filled with NHL talent and instead of landing one of these future-stars, the Flyers landed Wyowitka with their first-rounder.

Wyowitka’s label as a bust isn’t as much a result of his poor play. He managed a modest NHL career, holding the fort as a middle-pairing defenceman for much of it. It’s instead a simple “hindsight 20/20” scenario. Having any of the aforementioned names could have helped the Flyers tremendously in the early-2000s. But instead of the shiny star, they instead spent their high-value pick on an ol’ reliable defenceman.

Samuel Morin enjoyed a successful first season in the AHL, racking up 19 points with Lehigh Valley. The Flyers selected him 11th overall in the 2013 draft. Morin was sent to the AHL for conditioning. He spent some time in with the Phantoms before making his coveted NHL debut. Although he was selected in 2013, Morin didn’t see NHL ice until 2016. And even then, he only skated for one game.

And the following season he slotted into two games. Morin dressed for a whopping FIVE games for the Flyers in the 2018-19 season. And believe it or not, he suited up for one more game in the 2019-20 season.

He has no points to show for any of these games and his NHL ceiling has been lowered following a injury-riddled career. While, like Rubstov, he hasn’t done enough to be labelled an official bust yet, he is certainly flirting with the title. 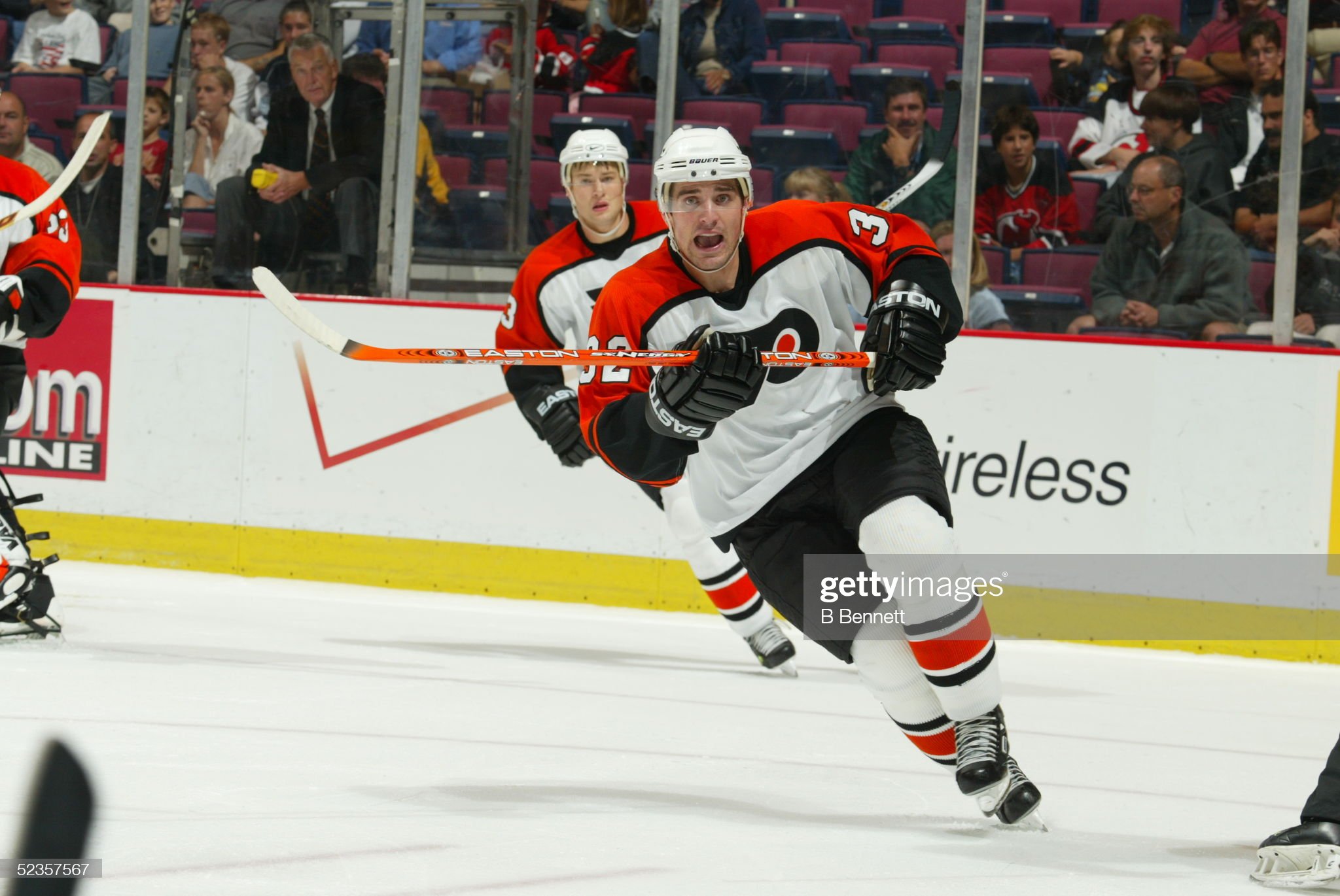