Detroit Red Wings veteran defenceman Niklas Kronwall has announced that he will be retiring and joining the Red Wings in the front office.

Niklas Kronwall hangs up his skates and joins the #RedWings front office as advisor to the general manager. https://t.co/bVv6FM286Z

Over his 15-year NHL career,  Kronwall has only played for the Detroit Red Wings. In that time, he has 83 goals and 349 assists for 432 career points in 953 career games. Detroit originally drafted him in the first round, 29th overall of the 2000 NHL draft.

Kronwall has had an amazing career, being a part of the triple gold club. Winning the Stanley Cup in 2008, Olympic Gold in 2006, as well as a World Hockey Championship Gold in the same year.

After 15 seasons with the Detroit Red Wings, Kronwall will be joining the Red Wings in a new role. He will be joining former teammate Steve Yzerman in the front office as an advisor to the general manager. Kronwall has lots of experience to bring to the front office after playing for 15 seasons in Detroit, Kronwall will know the systems and personnel already.

He will be joining the front office at an interesting time for the Red Wings, as they are in the middle of rebuilding an Original Six team. With how this team is moving, and with a new GM at the helm, things are changing in Detroit and Kronwall will still be a part of that, even if it’s not on the ice. 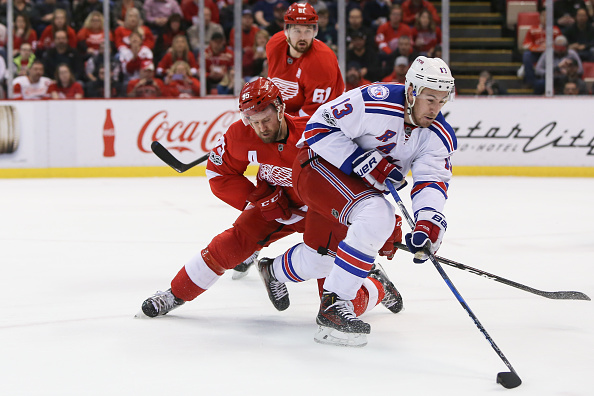