The 2019 Hockey Hall of Fame class was announced. The Hall added six new members, including Hayley Wickenheiser, who becomes the seventh women to be inducted. Other honorees are Sergei Zubov, Guy Carbonneau, Czech star Vaclav Nedomansky and builders Jim Rutherford and Jerry York.

The Shaunavon, Saskatchewan native is one the most recognizable faces in the women’s game. The Philadelphia Flyers invited her to training camp in 1998 and was a playable character with Ruggiero in the NHL 13 video game.

Wickenheiser serves as assistant director of player development for the Toronto Maple Leafs.

The Russian defenceman won Stanley Cups in 1994 with the New York Rangers and 1999 with the Dallas Stars. He also played for the Pittsburgh Penguins in his career, where he put up 888 points.

Zubov was a gold medalist with the Unified Team at the 1992 Olympics and was selected to four All-Star Games. The slick puck-movind defenceman could provide points from the blue line.

Carbonneau won the Selke Trophy and the Stanley Cup three times in his 19-year NHL career. He was a defensive anchor for the Montreal Canadiens two championships teams. The Sept-Iles, Quebec native was also a teammate of Zubov on the Stars when they won the Cup in 1999.

Nedomansky helped Czechoslovakia win the 1968 Olympic silver medal and won the 1972 world championships. He was the first player to defect from the other side of the Iron Curtain, started in the World Hockey Association.

He also had 278 points in 421 NHL games with the Detroit Red Wings, Rangers and Blues.

Rutherford got into the Hall of Fame in the Builder category and constructed three Stanley Cup winners. He led the Carolina Hurricanes to the title in 2006 and the Penguins to back-to-back crowns in 2016 and 2017.

The Beeton, Ontario native got general manager of the year in 2016. He was one of the pioneers of the popular trend of hockey goalies decorating his mask in 1976.

York led Bowling Green and Boston College to five NCAA Division I titles, including three in five years from 2008 to 2012. He led the Eagles to nine Hockey East conference titles and nine Beanpot titles.

The Watertown, Mass. native coached Clarkson University to an ECAC Conference title in the 1976-77 season.

The Hall of Fame ceremony will be Nov. 18 in Toronto. 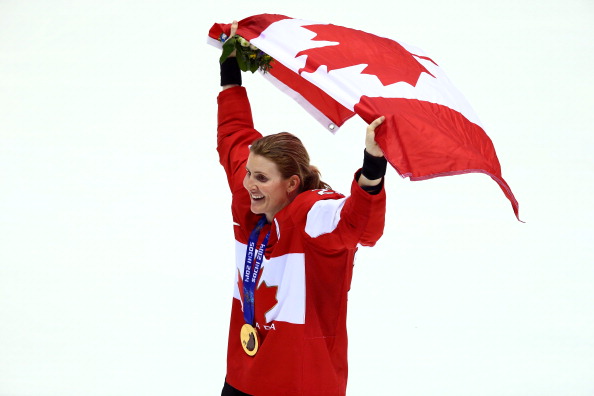