The hiring of Steve Yzerman to become the Detroit Red Wings new general manager made it a good Friday for their fans. Yzerman returns to the city he spent all 22 years of his NHL career in. It’s a franchise where he brought home three Stanley Cups as a player and one as an executive.

The Cranbrook, British Columbia native comes back to Hockeytown after nearly eight years away from the club. He’s become one of the most respected general managers in the league after turning the Tampa Bay Lightning into a perennial championship contender.

News of Yzerman’s return to Detroit has excited the fan base but he warned the fans to temper their enthusiasm. He told the media it would a long rebuild during his introductory press conference. However, Yzerman has more to work with than some would think.

Steve Yzerman Has Plenty of Picks

The one thing that former general manager and new senior vice president Ken Holland did was acquire plenty of draft picks. Yzerman can draft up to 10 players this upcoming draft. This includes three selections in the second round.

This gives Yzerman some flexibility in adding more young players or maybe making a move. He made a pair of trades early on in his tenure with Tampa Bay, bringing in Simon Gagne and Dwayne Roloson.

Detroit holds the sixth pick for the second straight season. Filip Zadina fell into the Red Wings lap last year at the sixth overall selection. This year, the team could go multiple directions with the pick. There will be plenty of star prospects picked within the top-10 of this year’s draft. Last Word’s own Ben Kerr currently has Dylan Cozens ranked at sixth on his draft rankings. There’s a lot of depth around there, though, and the pick could help beef up the Wings defence or add another forward.

Younger forwards like Tyler Bertuzzi, Andreas Athanasiou, and Dylan Larkin were bright spots in a long season. Bertuzzi became the first player in franchise history to have four consecutive games of three or more points. Athanasiou reached the 30-goal mark and Larkin took the next step toward becoming the next captain.

Anthony Mantha was also solid, on the top line with Larkin and Athanasiou. Taro Hirose netted points in his first five games after coming over from Michigan State in the NCAA.

There still needs to be some work done to make the forwards able to keep up with the top teams in the division like the Toronto Maple Leafs, Boston Bruins and Tampa Bay. However, the Detroit roster has started to show glimpses of hope coming from their youngsters.

Detroit does have plenty of young players in Grand Rapids that were highly regarded by experts. Zadina started putting things together for the Griffins later in the season. The defence of Filip Hronek, Dennis Cholowski and others got plenty of experience in both the NHL and AHL. Michael Rasmussen saw significant time with the Red Wings before being sent back down to the minors. This NHL experience helped shape a Grand Rapids roster that placed third in the AHL’s Central Division.

However, there are plenty of other prospects that have done well in juniors and college hockey. Joe Veleno and Jared McIsaac are facing off against each other in the QMJHL playoffs. Veleno surpassed the 100-point mark with 42 goals and 62 assists while with Drummondville Voltigeurs. The 30th pick of the 2018 NHL Draft has clearly embraced the advice that Shawn Horcoff and Dan Cleary have given him. The 19-year-old Veleno has become a more complete player and is a solid two-way forward. He has six goals and six assists throughout the post-season.

McIsaac posted 16 goals and 46 assists for 62 points in the regular season for Halifax. He has two goals and four assists in the post-season for the Mooseheads.

However, Gustav Lindstrom in Sweden and Filip Larsson with Denver University have also put up fine seasons outside of the organization. Larsson signed with the Wings earlier in the month and could be the goalie of the future. Lindstrom also signed with the club last March.

Yzerman was dead-on in his assessment that the rebuild is going to take time. Red Wings fans may have a couple more seasons of missing the playoffs. However, the cupboard isn’t as bare as some make it out to be.

There’s a bunch of young prospects in the pipeline and some NHL ready players at a young age. If they can develop, the Red Wings will be chasing Yzerman’s old team in the Atlantic Division. 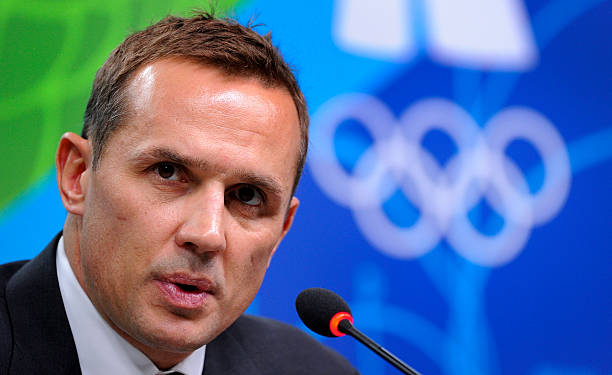