The St. Louis Blues have signed Jay Bouwmeester to an one-year contract extension worth $3.25 million. This deal would run him to the end of the 2019-2020 season.

Over his 16-year NHL career Bouwmeester has played for the Florida Panthers, Calgary Flames and St. Louis Blues. The Edmonton native has 87 goals and 328 assists for 415 points in 1,184 career games. Florida originally drafted him in the first round, third overall of the 2002 NHL Draft.

This season he season he scored three goals and 14 assists for 17 points in 78 games. He also added 40 penalty minutes. His possession numbers were 47.7 percent Corsi and a relative Corsi of -6.3.

He was set to be an unrestricted free agent at the end of the current season. The 35-year-old will play at least one more season. He still possesses decent speed at his age and can move the puck along. Bouwmeester also does a good job at limiting second chances.

Bouwmeester’s play was been up and down this season, but finished the season strong. There was some indication that he could have been traded if St. Louis didn’t turn it around. He’s was a healthy scratch at times, and played over 20 minutes a night for long stretches as well. This is some of the best hockey that he’s played in a long time.

His improved play was one reason that Blues went from worst to nearly first in the Central Division. St. Louis ended up in second and will take on the Winnipeg Jets in the first round of the Stanley Cup playoffs.

Despite a long NHL career, Bouwmeester does not have extensive playoff experience. He’s played only 49 NHL playoff games, scoring just six assists in those games. All his playoff experience comes with the Blues. 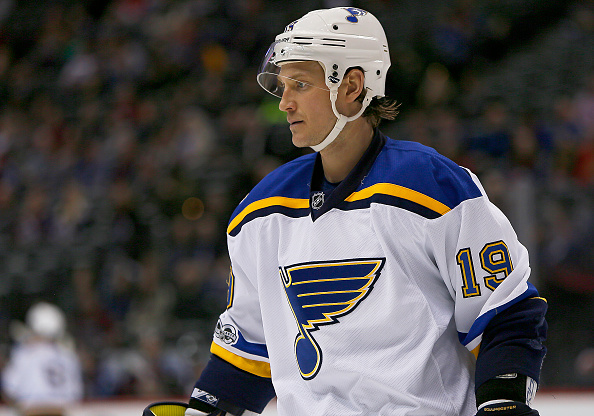