Guy Boucher fired as head coach of the Senators. Marc Crawford takes over for now. https://t.co/oo9yuKZPo0

The Ottawa Senators have parted ways with Guy Boucher. This season, the team has a record of 22 wins 37 losses and five overtime defeats as they sit in last spot in the Atlantic Division.

Over his six-year NHL career, Boucher has split his time between the Tampa Bay Lightning and the Ottawa Senators. Overall he has 191 wins, 187 losses and 46 overtime losses. His greatest success was with Senators in the 2016-17 season when the Sens were one goal away from reaching the Stanley Cup final, but lost to the Pittsburgh Penguins in overtime of Game 7. Boucher also reached the Eastern final in the 2010-11 season with the Lightning.

He also coached in Switzerland with HC Bern and led the club to the Swiss Cup title in 2014-15.

Crawford takes over a struggling Senators squad that has traded away valuable assets such as Erik Karlsson, Matt Duchene, Mark Stone and Ryan Dzingel since the start of the season. Any star power the team had has been sent to other clubs. The team is truly in the middle of a long and painful rebuild. It’s been a year-and-a-half to forgot for the club.

The Belleville, Ontario native has coaching stints with the Quebec Nordiques, Colorado Avalanche, Vancouver Canucks, Los Angeles Kings and Dallas Stars. He does have a career record of 549-421-100-77 in his coaching tenure. However, this will be a tough task to keep the club out of the league’s cellar.

General manager Pierre Dorion now has a coaching search to add to his list of tasks that include trying to develop and draft a team that may not contend for a long time. 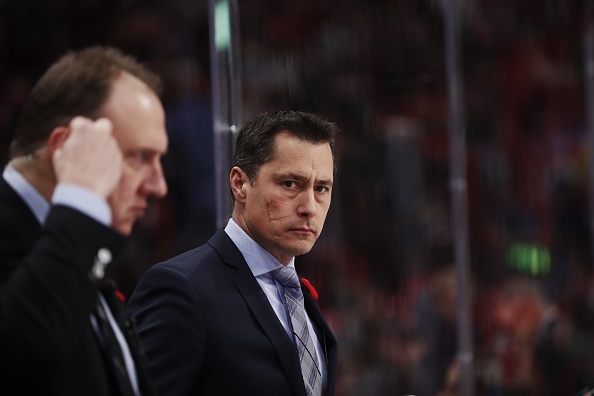