The Toronto Maple Leafs have announced that defenceman Travis Dermott is sidelined for week-to-week with a shoulder injury. Toronto head coach Mike Babcock made the announcement after Wednesday’s game against the Edmonton Oilers.

Babcock says Dermott is week-to-week. Holl and Marincin will play tomorrow in NYI

The Newmarket, Ontario native was injured on a hit from behind by Oilers forward Brad Malone in the third period. Dermott was holding his left arm in pain when he left the ice. The Maple Leafs beat the Oilers, 6-2, despite Dermott’s injury.

Dermott has only played for Toronto in his two-year NHL career. He has five goals and 25 assists for 30 career points in 96 career games. The Maple Leafs originally drafted him in the second round, 34th overall of the 2015 NHL Draft.

Toronto will recall defenceman Martin Marincin from the AHL Marlies to fill in for Dermott during his time out of the lineup. He will suit up for Thursday’s game against the New York Islanders.

The injury is another bad sign for a blueline group that already took a big hit earlier in the week. Jake Gardiner is also out week-to-week with a back injury. He was day-to-day, but his condition has been downgraded. Gardiner was the subject of trade rumours prior to Monday’s deadline.

Toronto’s defence was a concern at the trade deadline, but the only move it made was picking up Jake Muzzin from the Los Angeles Kings.

The Leafs are locked in a race for the second seed in the Atlantic Division with the Boston Bruins. Boston was leading Toronto by one point with 19 games left to go in the season. These defensive injuries will hurt the Leafs’ chance to keep on the Bruins. 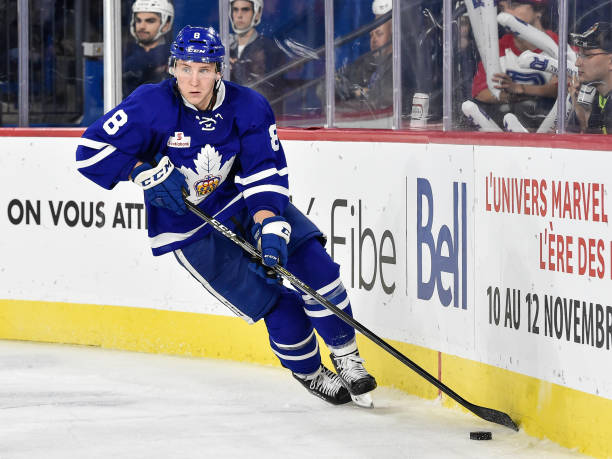