The Nashville Predators have agreed to trade forward Kevin Fiala to the Minnesota Wild in exchange for Mikael Granlund.

Mikael Granlund from Minnesota to Nashville for Kevin Fiala.

This season, Fiala scored 10 goals and 22 assists for 32 points in 64 games, He added 22 minutes in penalties. His possession numbers are 53.6 percent Corsi and a relative Corsi of 0.9. Those totals are down compared to last season, where he scored 23 goals, 25 assists for 48 points in 80 games.

The young Swiss forward has only played in Nashville in his five-year NHL career. In that time, he has 45 goals and 52 assists for 97 career points in 204 career games. Nashville drafted Fiala in the first round, 11th overall of the 2014 NHL draft.

In Granlund, the Predators get a forward with tremendous vision on the ice. Granlund was tied for first with 34 assists among his former teammates. He also added in 15 goals for Minnesota this season. With Granlund’s deal expiring at the end of the season, it was almost a no-brainer that the Wild would be moving on.

What This Means For The Future

Fiala never really seemed to gain traction after a solid season in 2017-18. He bounced back from a nasty leg injury that he suffered in the 2017 post-season against the St. Louis Blues.

The 22-year-old has great playmaking ability and can be a constant scoring threat. He is also solid in one-on-one skating situations and has a high compete level. However, his lack of size may hurt him in situations.

For the Predators and Granlund, this gives them even more depth as things in the Western Conference continue to be close. Nashville currently occupies the second spot in the Central Division, but the St. Louis Blues are creeping up behind them. 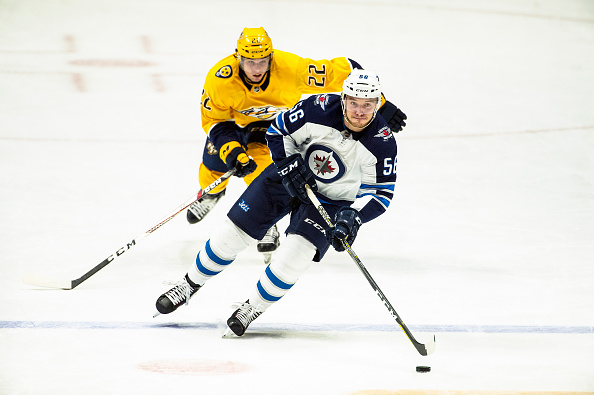 NASHVILLE, TN – MARCH 13: Marko Dano #56 of the Winnipeg Jets skates against Kevin Fiala #22 of the Nashville Predators during an NHL game at Bridgestone Arena on March 13, 2018 in Nashville, Tennessee. (Photo by Ronald C. Modra/NHL/Getty Images)