The Los Angeles Kings have agreed to trade defenceman Oscar Fantenberg to the Calgary Flames in exchange for a conditional fourth-round draft pick in the 2020 NHL draft. Sportsnet Calgary Flames host Ryan Leslie first broke news of the trade.

Kings confirm Fantenberg has been traded to Calgary for a fourth round pick in 2020. First reported by @ryanleslie73.

The Kings completed a trade Monday with the Flames. Calgary gets defenceman Oscar Fantenberg in exchange for a conditional fourth pick in 2020.

In Fantenberg, the Flames get a solid depth defenceman. He has an active stick and has good passing vision. This season, he scored two goals and one assist for three points in 46 games, He also has 10 penalty minutes. His possession numbers are 48.2 percent Corsi and a relative Corsi of -0.9. Those totals are down compared to last season, where he scored two goals, seven assists for nine points in 27 games.

The Ljunby, Sweden has played part of two seasons for the Kings. In that time, he has four goals and eight assists for 12 career points in 73 career games. Los Angeles signed him as an undrafted free agent after posting solid numbers in 2016-17 with HC Sochi of the KHL.

Fantenberg is a solid depth addition for a Calgary squad chasing a Stanley Cup. The Flames already boast solid blueliners like Mark Giordano, Noah Hanifin and Travis Hamonic. The 27-year-old Swede will be helpful in shoring up the Flames’ backend.

Calgary leads the Pacific Division by three points over the San Jose Sharks. Adding Fantenberg gives the Flames flexibility on defence. The Kings currently sit last in the division as they are five points behind the Anaheim Ducks.

Los Angeles is making another move to clear out some space out. He made only $650,00, but Kings’ general manager Rob Blake is looking to allow some other players to get an opportunity. 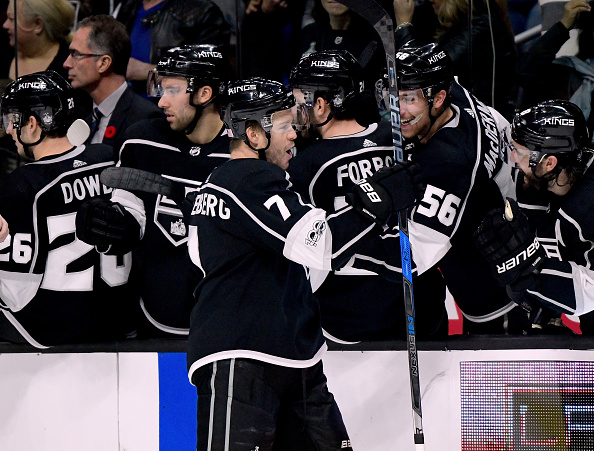