The Los Angeles Kings have announced that defencemen Alec Martinez and Sean Walker are both sidelined with upper-body injuries. Martinez is out one to two weeks and Walker is day-to-day.

There’s no word when Martinez picked up his injury, but he picked up two points in a shootout loss to the Vancouver Canucks on Thursday night.

The Rochester Hills, Mic. native has scored four goals and 11 assists for 15 points to go along with six penalty minutes. His possession numbers are 49.2 percent Corsi and a relative Corsi of 0.0.

Walker survived a scare after taking a puck to the face after a shot from the Canucks’ Ben Hutton. The Keswick, Ontario native had a bloody face, but it didn’t seem like he had a concussion.

The 24-year-old has a goal and three assists for four points in his rookie season. He also has two minutes in 2018-19. Los Angeles signed him as an undrafted free agent out of Bowling Green in the NCAA.

The Kings called up Matt Roy to help cover their needs for their upcoming games. Roy has yet to play an NHL game, but will likely make his debut against the Boston Bruins. Los Angeles is already thin on defence and losing two regulars hurts a lot.

Martinez has also been rumoured in recent trade deadline deadline. General manager Rob Blake may have to part with the veteran defender to help the team’s rebuild. Los Angeles would love a Martinez routine for its blueline and maybe to get something in return. 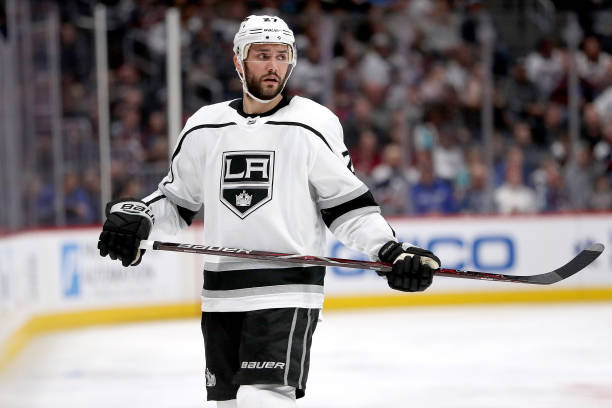