The NHL Department of Player Safety has announced that Nashville Predators forward Ryan Johansen was suspended for two games. This is his first career suspension.

Ryan Johansen loses $86,021.50 in salary due to being suspended two games. The suspension stems from an incident Thursday night with Winnipeg Jets forward Mark Scheifele late in the first period.

Both players got entangled in the corner and Johansen tried to pivot to create more space. Johansen’s stick came down and struck Scheifele on the side of the head. Johansen got a two-minute penalty for high-sticking. Scheifele was not injured and returned to the game. He ended up leading the Jets in ice time with 20:27. Winnipeg won the pivotal game at Bridgestone Arena, 5-1.

The 26-year-old has eight goals and 34 assists for 42 points in 49 games this season. He also added 24 penalty minutes His possession numbers were 57.3 percent Corsi and a relative Corsi of 6.6.

The Vancouver, British Columbia native has played for the Columbus Blue Jackets and the Nashville Predators in his eight-year NHL career. He has put up 124 goals and 260 assists for 384 career points in 561 career games. Columbus originally drafted Johansen in the first round, fourth overall of the 2010 NHL draft.

Johansen will miss Saturday’s game at home against the Florida Panthers and Monday afternoon’s matchup at the Colorado Avalanche. The team will miss its top point-getter for those two matchups.

Viktor Arvidsson and Filip Forsberg just returned from injury for the Predators. However, Johansen is out for the next two games. It seems the Nashville can’t keep it’s “JoFA” line together for any long stretch of time.

Winnipeg leads Nashville in the Central Division by two points and the Jets have two games in hand on the Predators. It appears to be a two-horse race in the division and Nashville needs to pick up some points if it wants to repeat as divisional champions. 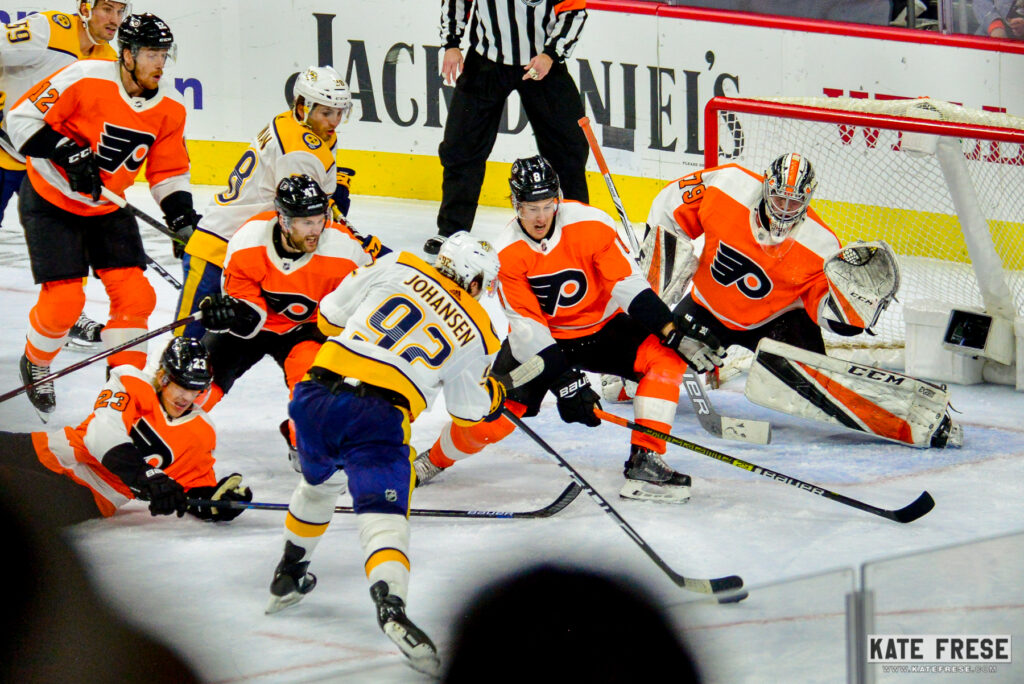