The IIHF World Junior Championships start today in Victoria and Vancouver, British Columbia and four Detroit Red Wings prospects will be part of the events. Jared McIsaac, Joe Veleno, Filip Zadina and Malte Setkov will skate for their respective countries.

Zadina and Veleno may be the prospects that everyone is paying attention to, but McIsaac has gotten out of the gate strong this season for the Halifax Mooseheads of the QMJHL. The Truro, Nova Scotia native is nearly averaging a point a game with 22 points in 23 games.

McIsaac is on pace to eclipse his 47-point total from the 2017-18 campaign. The 18-year-old is looking to make a big impression in British Columbia.

McIsaac returned to Halifax due to a shoulder injury after taking part in Detroit’s pre-season camp. He has turned up the offence in his third season with the Mooseheads. He’s only two goals short of matching last year’s total of nine.

McIsaac plays on the power play, penalty kill and eats up minutes in all situations. He is developing a complete game that’s smart, physical and can do a little bit of everything.

The second-round pick taken 36th overall will get another chance to shine on a national stage as Halifax will host the Memorial Cup. His team automatically earns a spot in the prestigious event and will get to take on some of the best junior players in Canada.

This year’s Under-20 event isn’t the first international experience for the Maritimes native. He played the last two seasons in the Under-18 tournament. McIsaac played a role in 2017-18 as he got a goal and two assists for three points in five games.

His strong play and solid training camp earned him a spot on Team Canada and he’s looking forward to the international showcase.

“Any chance you get to play for Team Canada, no matter what the stage is, is always an honour,” he said.

The 6-foot-1, 190-pound blueliner is one of seven for Canada. Evan Bouchard, Noah Dobson, Ian Mitchell, Josh Brook, Ty Smith and Markus Phillip are other defencemen on Team Canada.

This event has a chance to give McIsaac a chance to be known to the larger hockey world. He’s taken the next step in his game this season and can factor into Canada’s gold-medal push.

McIsaac is one of the next group of defensive prospects for Detroit along with Dennis Cholowski, Filip Hronek and others. Detroit thought that the Nova Scotia native was a first-round talent and he has that look so far.

The tournament is just another step in McIsaac’s progression. 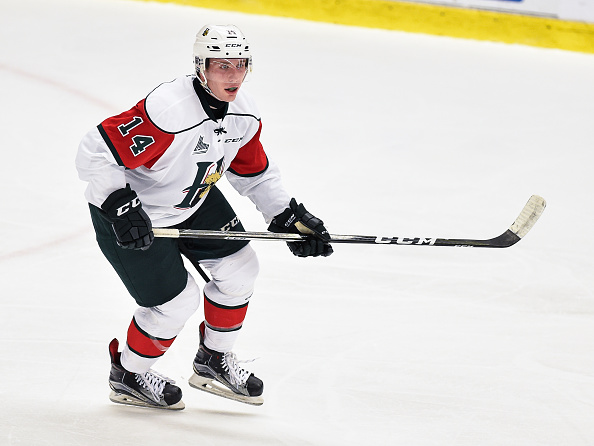