Buffalo Sabres announcer Rick Jeanneret is  doing well after a health scare caused him to leave Saturday night’s broadcast at Key Bank Center. He was carried out of the arena on a stretcher during the third period of the game against the Anaheim Ducks.

The longtime Buffalo announcer’s voice became low and then fell silent in the 3-0 win over Anaheim. Former enforcer and colour analyst Rob Ray briefly did play-by-play until host Brian Duff filled in the rest of the way.

The Sabres’ other play-by-play announcer Dan Dunleavy was ironically at the hospital visiting a sick relative. Dunleavy splits the play-by-play duties with Jeanneret.

He was released from Buffalo General Medical Center on Sunday. Jeanneret didn’t go into detail about what caused his issue. However, he told the Buffalo News that it was not a heart problem. He overcame throat cancer in 2014 and was fitted with a pacemaker in 2016.

The St. Catharines, Ontario native dressed up as Santa Claus earlier in the evening and said he was unusually warm in the suit.

“I was unusually warm in the outfit and I’m usually cold up there. I hesitate to blame Santa Claus. It is a bad time of year to do that. I had a fun time doing Santa Claus. I hope it didn’t lead to it,” he said.

Jeanneret won’t have to worry about broadcasting for the next few days. The Sabres are off for the Christmas break. He is slated to work Saturday’s game against the Boston Bruins. The 76-year-old plans to work the game as scheduled.

He is one of the most beloved broadcasters in the league and received a huge outpouring of support from fans and players alike.

Here’s hoping Jeanneret is ready to go for Saturday because he’s still one of the best in the business. 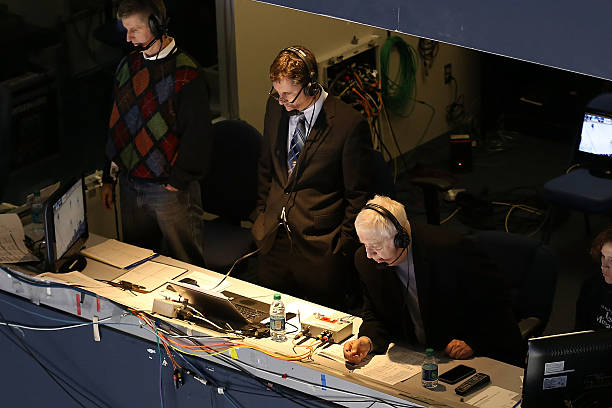