The Minnesota Wild announced that defenseman Mathew Dumba is sidelined long-term, possibly the rest of the season, with an upper-body injury.

Dumba was injured in a play against the Calgary Flames, sustaining an upper-body injury. Dumba did not return to the game.

So far this season, Dumba has scored 12 goals and 10 assists for 22 points to go along with 21 minutes in penalties. His possession numbers were 50.9 percent Corsi at even strength and a relative Corsi of 2.2.

Dumba has only played for the Wild during his six-year NHL career. He has 56 goals and 94 assists for 150 career points in 342 career games. The Minnesota Wild originally drafted Dumba in the 1st round, 7th overall in the 2012 NHL draft.

A treatment plan is still being worked out the defenceman. He may only out be for a few weeks if rehabbing the injury can help. However, Dumba may be out for the rest of the season if he needs surgery. The club hopes he can return for the post-season even if he requires surgery.

Losing Dumba long-term is a big blow to Minnesota. He’s a great shot and an integral part of the Wild’s power play. He was on the first pairing with Ryan Suter.

The injury also means a bigger role for Greg Pateryn and Jared Spurgeon. Pateryn has been on the third pairing and has formed a solid partnership with Jonas Brodin. The 28-year-old will be needed to eat up more minutes and contribute more points like he has been this season.

Dumba’s injury also puts a big hurt on Minnesota’s playoff chances. The Central Division is loaded at the top and the Wild will be fighting for a wild card spot. Hopefully Minnesota can weather the storm and Dumba can return for a late playoff-push. 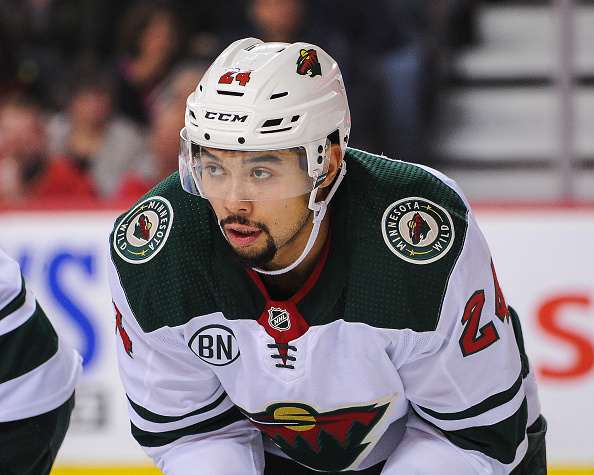 CALGARY, AB – DECEMBER 6: Matt Dumba #24 of the Minnesota Wild in action against the Calgary Flames during an NHL game at Scotiabank Saddledome on December 6, 2018 in Calgary, Alberta, Canada. (Photo by Derek Leung/Getty Images)