The IIHF overtime rules will be changing for the upcoming World Championships this May in Slovakia. Hockey’s international organizing body announced the changes on Thursday morning.

SUDDEN DEATH OVERTIME! At the 2019 #IIHFWorlds in Slovakia, a tied gold medal game would for the first time be decided in sudden death, 3-on-3 overtime, no shootout. https://t.co/6URm74mdWo

The gold medal game will have 20 minutes of 3-on-3 hockey. All overtime-games will have the sudden-death format. Officials will review the new format at the end of the tournament. Other tournaments could see the new format if it’s successful.

IIHF Competition and Coordination Committee Chairman Franz Reindl cited other reasons for the change. Here’s what he said in a statement on the governing body’s website.

“There are various reasons we can’t risk a long overtime game in the final. Arena facilities have to turn over quickly, often on the same night as the final, to accommodate new events coming in. There are also concerns from broadcasting and team management that have to be considered as well.”

It’s understandable that the IIHF wants to have a definitive winner. Shootouts have produced great memories in international tournaments. Peter Forsberg’s goal for Team Sweden in the 1994 gold medal game at the Albertville Olympics comes to mind.

However, there are fans that don’t want to see a skill competition decide a championship. A team can dominate a game but come away with nothing because of the shootout.

There will be some that want the traditional 5-on-5 format to decided knockout games, but it’s understandable why the IIHF wants test out this new system. 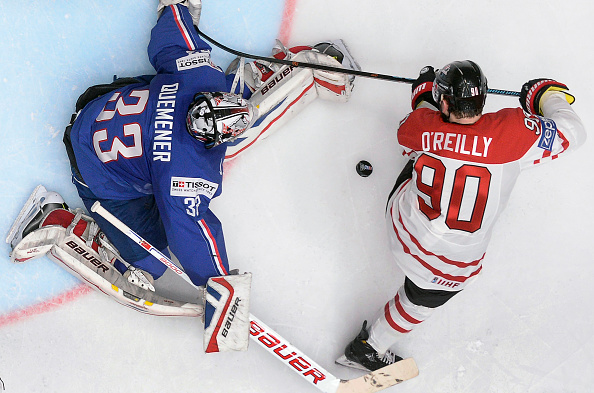