The Edmonton Oilers have agreed to trade forward Ryan Strome to the New York Rangers in exchange for Ryan Spooner. New York will also retain $900,000 of Spooner’s salary to balance the salary cap numbers.

The Oilers completed a trade Friday with the Rangers. Edmonton acquires forward Ryan Spooner in exchange for  Ryan Strome.

The Rangers get a player that has good offensive skills and speed. Strome has great puckhandling skills and can play any forward spot. This season, he scored one goal and one assists for two points, adding 14 minutes in penalties. His possession numbers are 53.5 percent Corsi and a relative Corsi of 3.2.

Strome has struggled on offence this season as he got both points in his last five games. He has played for the New York Islanders and Edmonton Oilers in his six-year NHL career. The Mississauga, Ontario native has 59 goals and 103 assists for 162 career points in 358 career games. The New York Islanders originally drafted Strome in the first round, fifth overall of the 2011 NHL draft.

The Oilers get a solid playmaker that is good on the power play despite being undersized. Spooner has scored one goal and one assist for two points. His possession numbers are 39.4 percent Corsi and a relative Corsi of -7.1.

The Ottawa native was a healthy scrtach earlier in the season and has gone without a point in his last six games. Spooner has played for the Boston Bruins and New York Rangers in his seven-year NHL career. In that time, he has 46 goals and 114 assists for 160 career points in 289 career games. Boston originally drafted Spooner in the second round, 45th overall of the 2010 NHL draft.

Both players have two years left on their respective contracts. Spooner’s contract is worth $4 million a season while Strome’s was $3.1 million.

Both players have been lacking in the offensive department. A change of scenery could be the best thing for both players.

Strome does have a history of playing well in the big city as he spent the first part of his career with the Isles. 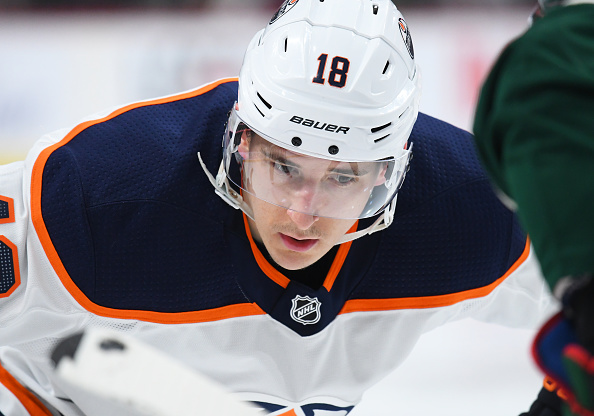