The Los Angeles Kings have announced that goalie Jonathan Quick is sidelined indefinitely with a lower-body injury. This is the second time this season that Quick has missed time because of injury. Jon Rosen of Fox Sports West first reported the news.

Jonathan Quick will be out indefinitely for the Kings with a lower-body injury. It is not believed to be related to the injury that caused the goalie to miss five games Oct. 7-15. https://t.co/FmjAwRbItt

It’s unknown when Quick got hurt, as he last played in Tuesday’s 4-2 loss to the Dallas Stars. Quick is still being evaluated, but it’s believed this injury is not related to his previous one.

The two-time Stanley Cup winner is 0-3-1 in four games this season. He has a 4.55 goals-against-average and an .845 save percentage.

Quick has only played for the Los Angeles Kings in his 12-year NHL career. He has a career record of 293-198-57 in 560 game.  The former University of Massachusetts product has a 2.30 GAA, .916 save percentage and 49 shutouts in his career. Los Angeles originally drafted him in third round, 72nd overall of the 2005 NHL draft.

The Milford, Conn. native is a two-time Vezina and Jennings Trophy winner. He’s also the 2011-12 Conn Smythe winner and a three-time All-Star.

Peter Budaj was recalled from the AHL’s Ontario Reign and Jack Campbell will take over as the starter. Campbell will start Sunday’s game against the New York Rangers.

Los Angeles has lost six straight games and Quick has not looked like his old self. He’s usually one of the more reliable goalies in the league and helped the Kings make the playoffs last season.

Campbell or Budaj will need to step up if Los Angeles is going to make up ground in the Pacific Division. The Kings currently sit in last place in the eight-team division and are seven points behind the San Jose Sharks and Vancouver Canucks, who are both tied for first place. 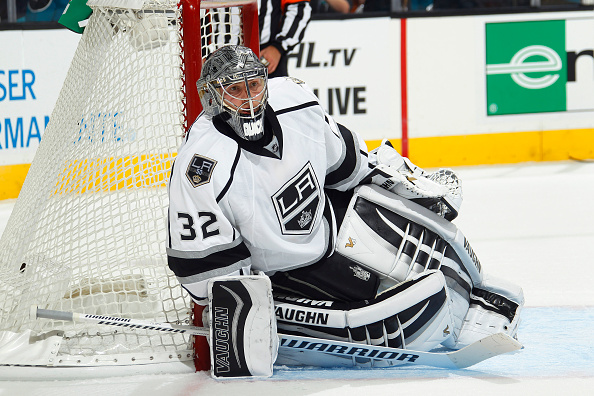